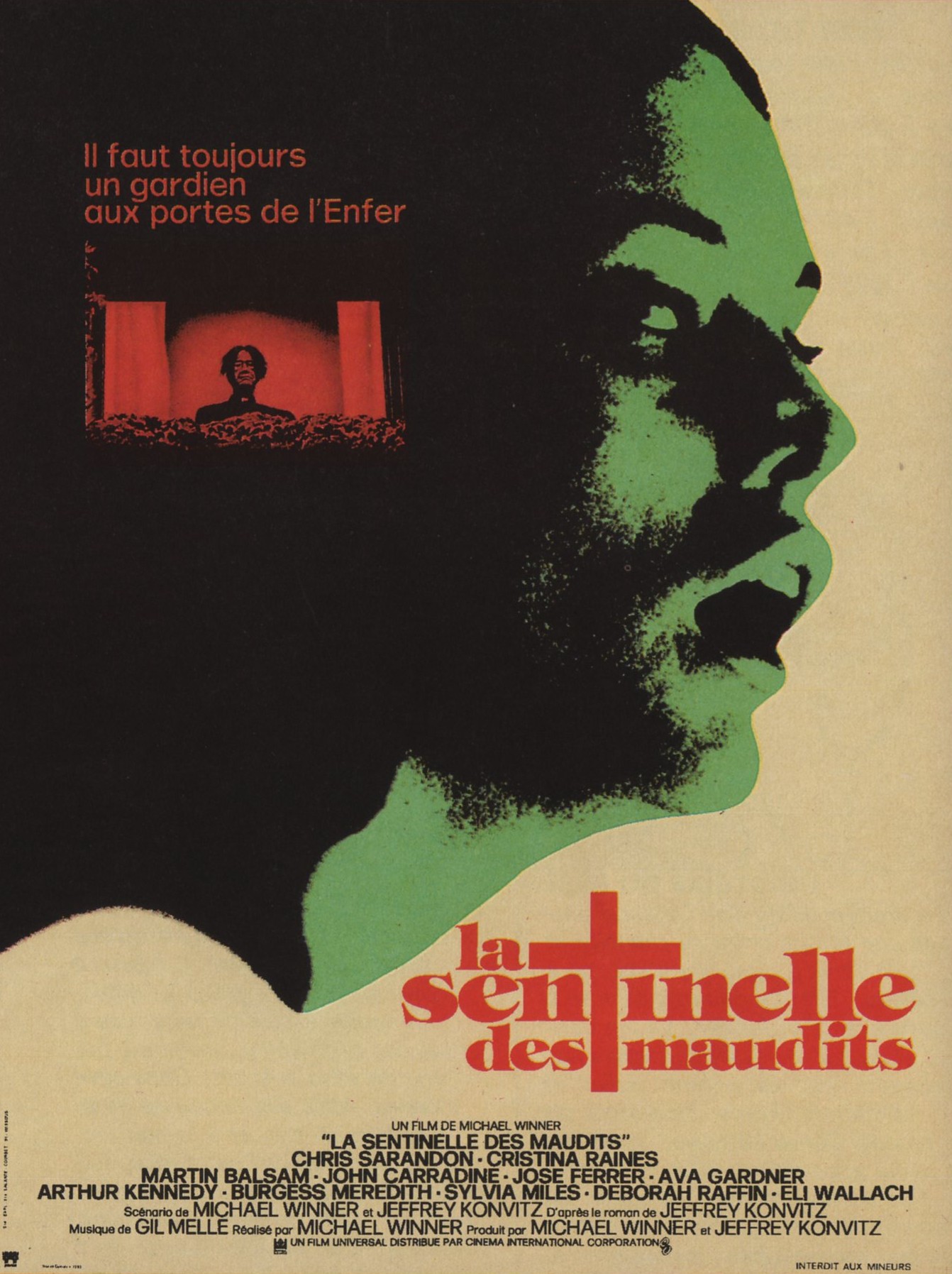 This film is a good one for all of us who have had to listen to our neighbors screwing loudly and then go upstairs and tell them they are being too loud and that you just wanted to see what they looked like. We’ve all been there at some point. Like two weeks ago… Now picture your neighbors are making all kinds of pain-in-the-ass noises and you go to tell them to knock it off and they aren’t there? Either you have rats the size of tabby cats or your living in the 1977 film THE SENTINEL. 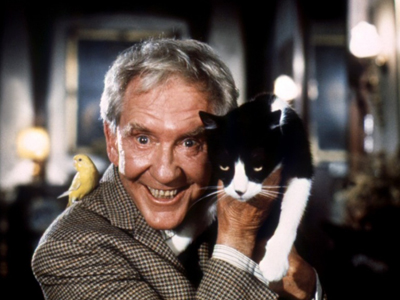 Cristina Raines plays Alison Parker, a NYC model who decides after a suicide attempt to take a stab (ha, stab – see what I did there?) at a relatively more quiet life. She takes up residence in a gorgeous brownstone in Brooklyn that’s been divvied up into separate suites. If AMERICAN HORROR STORY and this film teach us anything, it’s that if American classic architecture is within your reach, leave it the fuck alone, since clearly it’s got some kind of supernatural problems with it. I’m not sure if real estate agents are just as sketchy as lawyers in the USA or what, but I’m pretty sure if people died, it’s a gateway to Hell, or on top of a Indian burial ground you need to speak up to prospective buyers, or it should be the first question out of the buyer’s mouths. 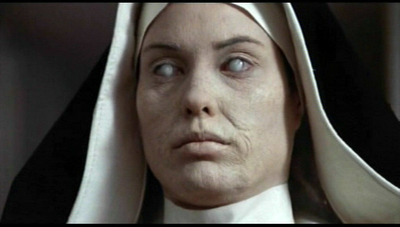 Anyways, the only other occupant is a Catholic priest, Father Halloran (John Carradine) who is quiet, blind, fairly reclusive… and a member of an order of bat-shit crazy ex-communicated priests. His hobbies include facing out the window, sitting quietly and guarding the Gateway To Hell. It turns out this nifty piece of real estate is owned by his order and there is always a guardian, but with Father Halloran coming to the end of his life, they need another before he can shuffle off this mortal coil. Because of her two suicide attempts to cleanse herself of these sins, Allison is the perfect candidate to take up the post and guard us all from eternal damnation. 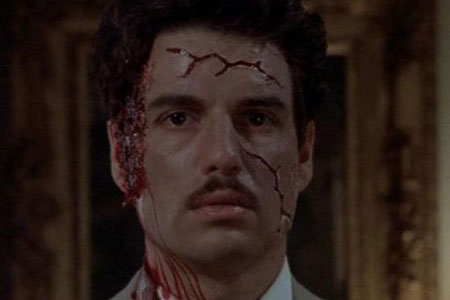 Of course she has not one but about a million unwanted neighbours that try to rush her in the climax of the film including, but not limited to, her crazy neighbour, Charles (played by the OG’s Batman’s Burgess Meredith, devoid of ‘quack, quack’ after every sentence), her now-dead boyfriend played by a young and handsome Jerry Orbach (way before Dirty Dancing and Law And Order) and a legion of demons who rather than played by puppets or practical effects are portrayed by a large group of circus performers and side show people with genetic deformities. Strangely this film didn’t inflame the church nearly as much as it did the general public when it found out they were using actual ‘freaks’ to portray the demons… In the end we have a fresh new couple ready to take up residence and ask about the neighbours. Their estate agent only points to them the elderly nun (Allison) who is blind and sits at the window. This film has Burgess meredith, Jerry Orbach, Christopher Walken, Ava Gardner, Beverly D’Angleo, and a dishy young Jeff Goldblum. If the chance to see non PC circus sideshow peeps doesn’t move you, the stargazing will. Make a drinking game of it… every time you see a actor you recognize, do a shot. 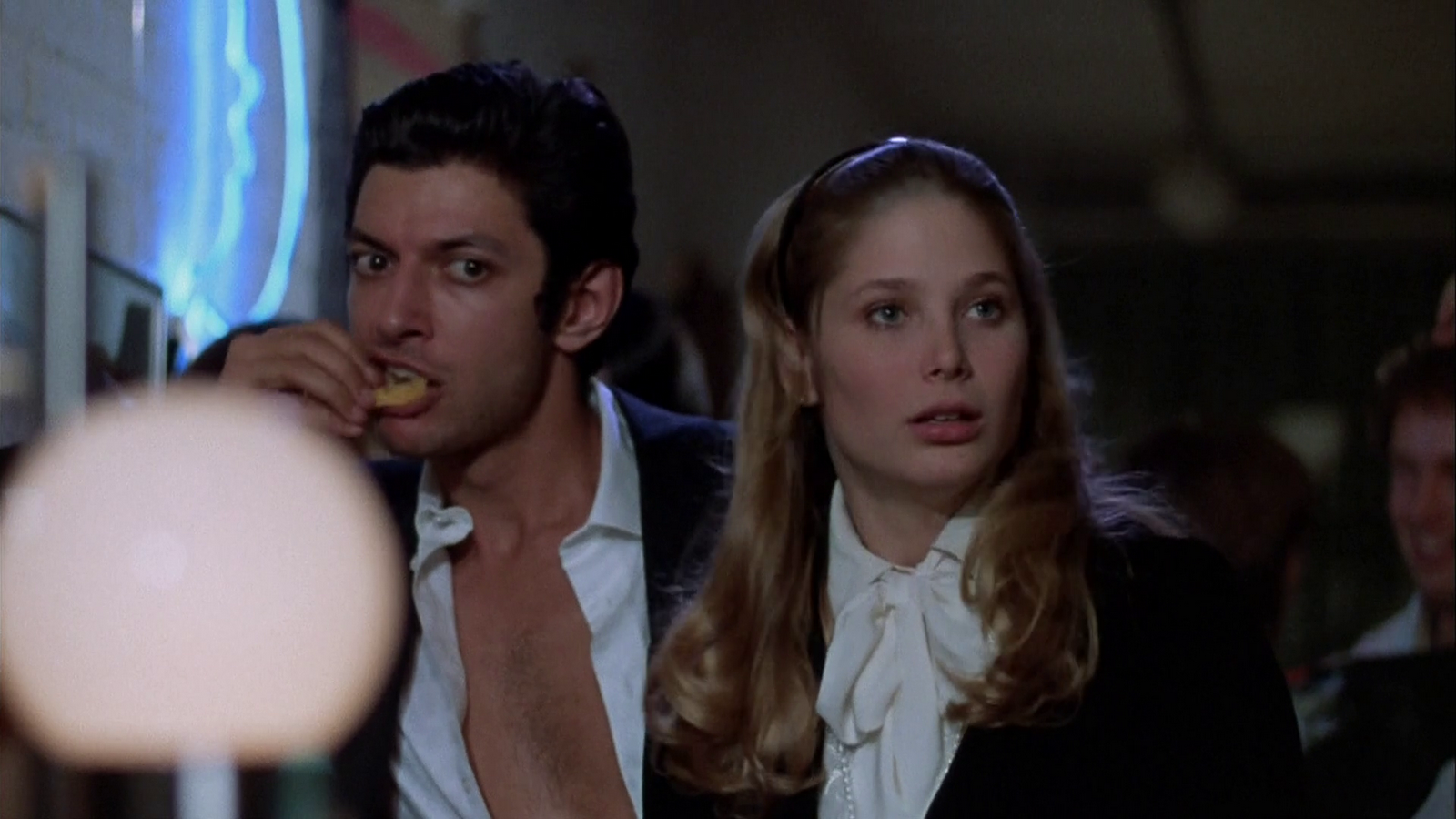 The lesson of the story is but two things: a) ALWAYS ask about potential hell/haunting hazards (no heroics people… the last thing you need is demonic presences that make your life shit and ALSO don’t pay rent) and b) if your going to fight the minions of Hell, please be sure to wear proper eye protection so you don’t get blinded.