The idea of a webseries – episodic videos released online – is certainly nothing new, but in recent years low-budget directors have really embraced the ability to tell serialized stories as a way of gaining exposure, interest and – of course – funding. Considering the general lack of money, availability of actors, and limited running time of most films made on limited budgets, it makes a ton of sense, and can work either as a larger film that has been retooled to fit into the format, or even a series of short films with some thematic thread running through them. Think THE SOCIAL MEDIA MASSACRE or BLOODY CUTS.

American Wasteland Entertainment’s STAGEFRIGHT is a fun, fast-paced horror series that nails the structure of a particularly long Twilight Zone episode. We follow newlyweds Emmett and Laney as they attempt to renovate an old theater (purchased by Emmett’s parents), but have to deal with some seemingly supernatural visions, as well the odd behavior of the townspeople. The story unfolds in five tense pieces of differing lengths, and it culminates in a tense, violent nightmare. The flexible format – episodes vary in length – allows director Jason Brasier to dictate the pace, while packing each one with the requisite amount of violence and scares. 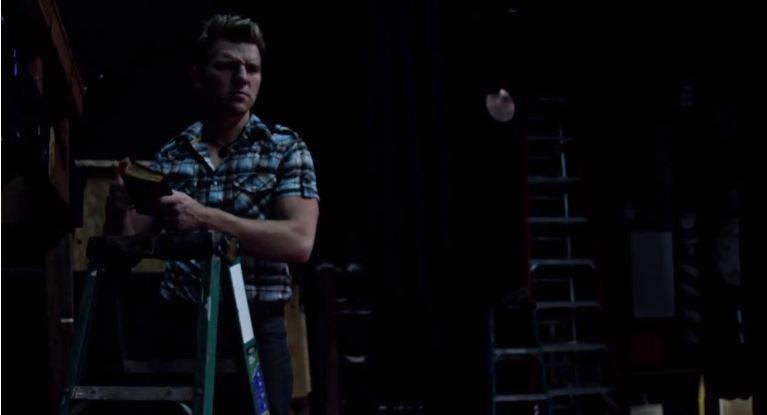 But this format is also where STAGEFRIGHT occasionally falters. While the individual episodes break at logical points, they don’t tend to build to anything tangible. Instead, they just sort of end – which makes it difficult to get enthusiastic for the next piece unless you’re watching them all back to back. It feels like a not-quite-feature-length project that was sliced up, rather than something designed to best take advantage of the unique framework. The lengthy credits on each episode can also be a bit tiresome if you’re watching them all at once. Episode 2 runs less than eight minutes, but about a minute and a half of it is devoted to credits. Again, not something particularly worrisome if you’re watching the episodes weekly, but when watched together it feels like a way of artificially padding the running time.

Thankfully, these shortcomings are easy to ignore when the episodes are scary, and Brasier (and star/co-creator Brittney Greer) pack in enough evil clowns, blood-filled showers, phantom nosebleeds, and ghost-women to keep the tension appropriately high. I was particularly impressed with EPISODE 4, which abandons much of the plot to just focus entirely on creating a terrifying atmosphere and legitimate creepy moments. Many of the scares will be familiar to horror fans, but they are still awfully effective and show a devotion to craft that is sadly lacking in most ultra low-budget productions. 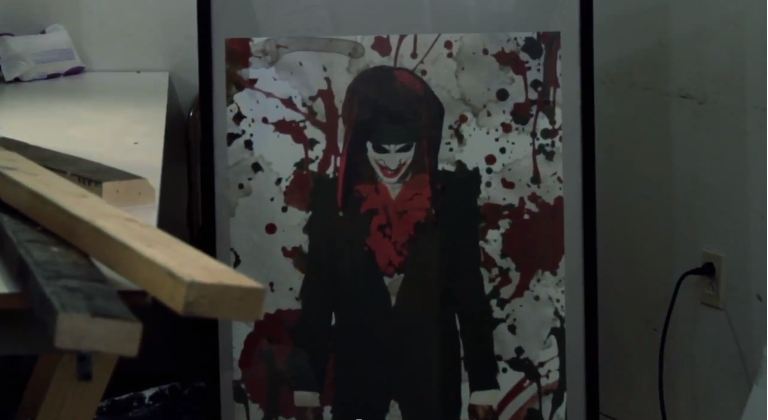 Inventive and featuring a wonderfully spooky location, STAGEFRIGHT is a short, effective web-series that packs high production value into its brief running time. While it doesn’t do much new with the format, it’s packed full of scares and maintains its momentum – pushing visitors to return to see how the whole thing turns out. The ending isn’t thoroughly satisfying – and is hurt by some hokey acting – but it’s at least logical, and the series shows its creators passion for the genre. I’m excited to see what American Wasteland will come up with next.