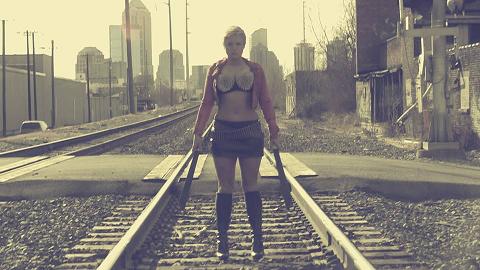 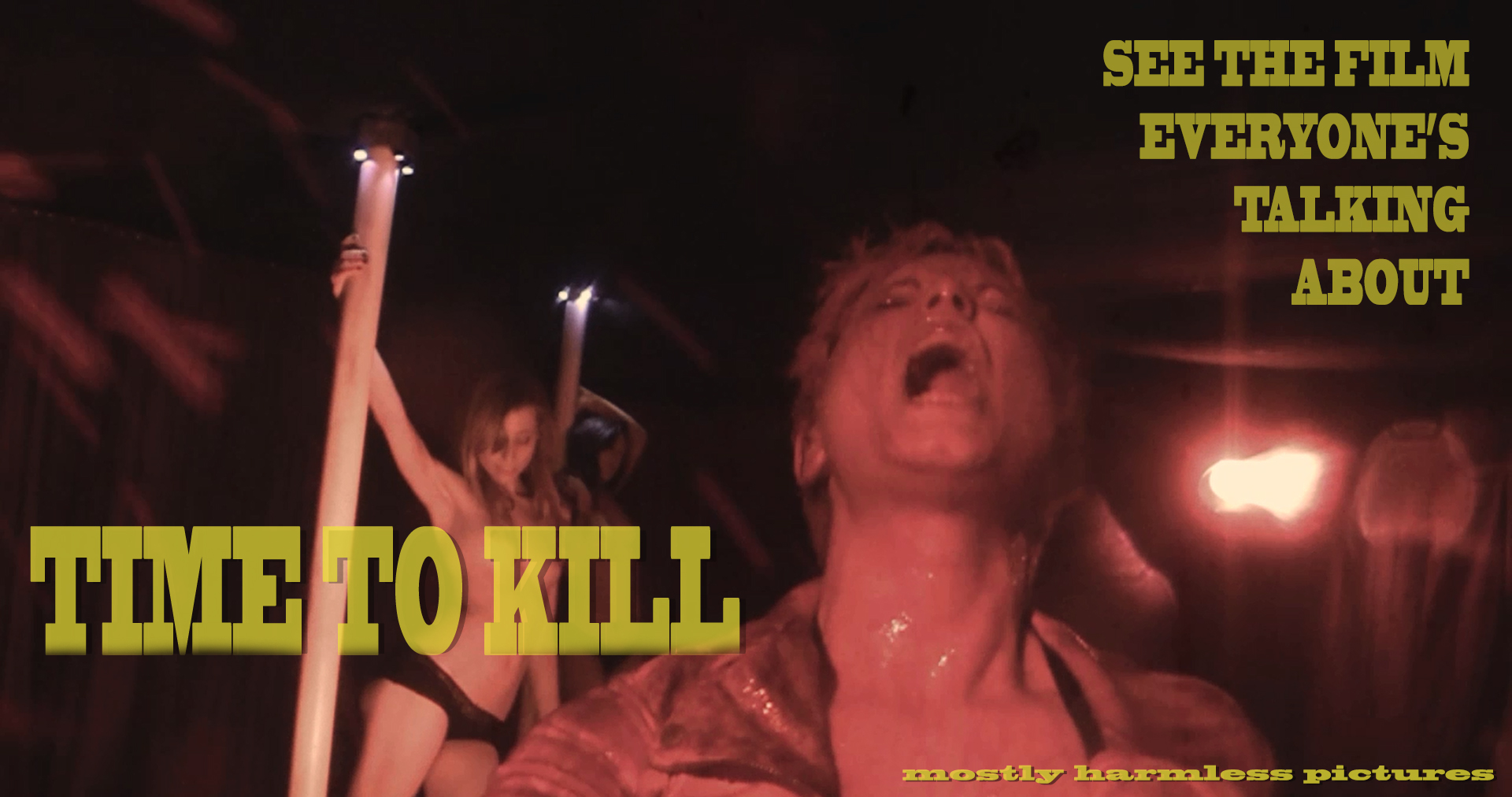 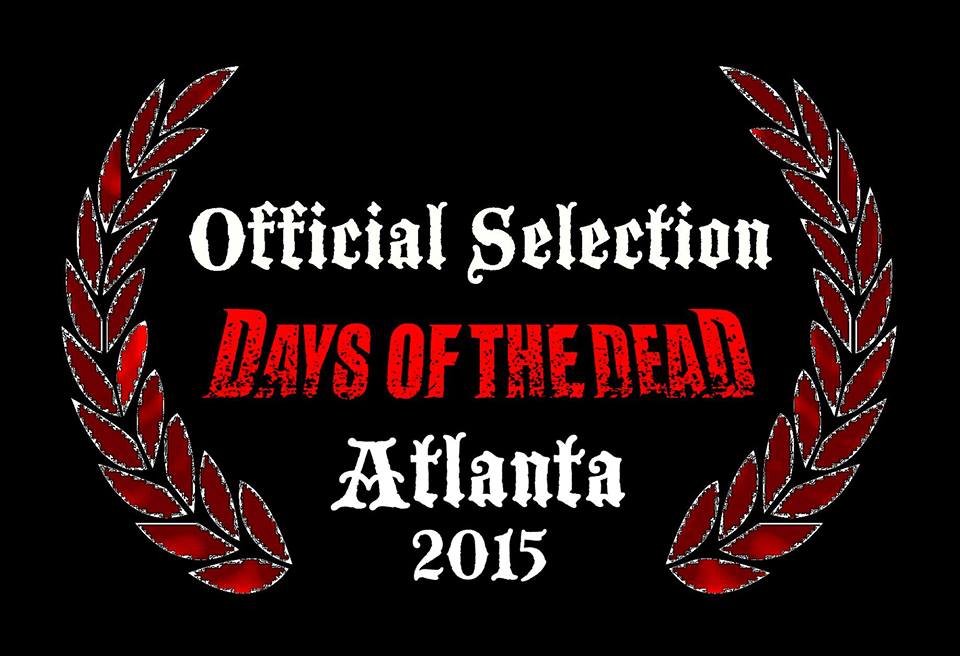 One of the cool things about working in the film business is when rad little gems skitter across your path like little plague rats of happiness on the docks of life. I had the pleasure to working with Ellie Church back in November on a project and she kindly brought me a copy of her film TIME TO KILL. Written and directed by her husband, Brian, whom I met sometime later that month, this is looked like the kind of movie that you’d see perched on the shelves at the video store back when VHS was king. You know those movies… the ones you’d rent when you were too young to go into the coveted ‘Adult 18+’ section of the video store you saw your math teacher dipping in and out of. The type of movie you are glad, when you rented it, it came in a transparent case so you could smuggle it down to the basement/rec room where you could enjoy all the boobs and blood without worrying about your parents ruining the moment. 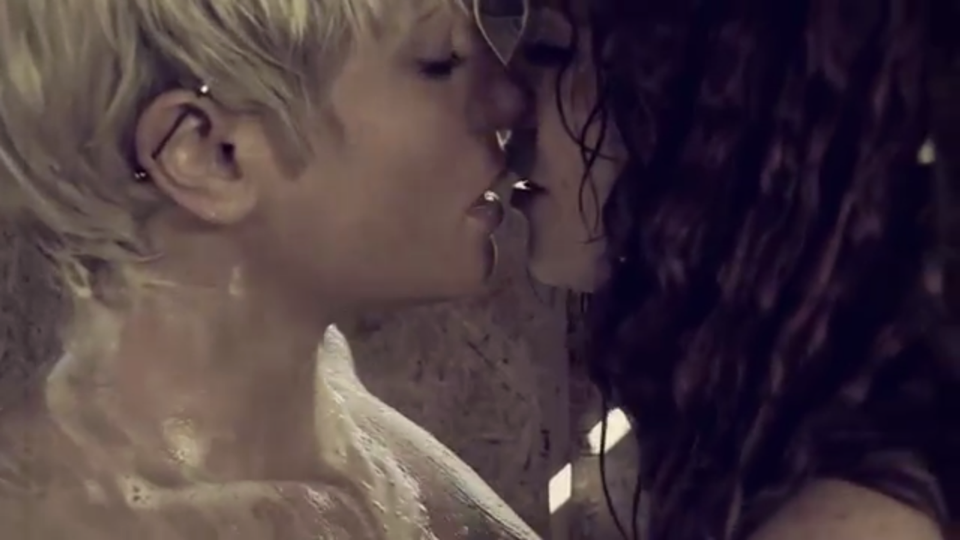 The plot isn’t a tapestry of conspiracy. This isn’t major cloak and dagger cat and mouse story that if you get up to get a snack you are going to come back and annoy everyone else watching it by asking to catch you up on what you missed. Sarah (Ellie Church, looking as cool as Helen Slater did in THE LEGEND OF BILLIE JEAN) learns that she has a mysterious aliment, and with only twenty four hours left before she shuffles off this mortal coil, she decides to go out with a bang and take a bunch of people down with her. Most notably, the strip club and the denizens within, who crossed her path and to give them a farewell kiss… KISS OF DEATH (dramatic voice). Not something that will keep you up late at night wondering if you got the existential interpretations of the film right when having denouement discussion afterwards.

This movie is perfect for rolling the green, having a few deep hits, and enjoying the grindhouse awesomeness. I was possibly doing something along these lines, watching my copy at a friend’s house, and I’d forgotten to close the drapes. Given that the television at her house faces the window, so that pedestrians on the busy thoroughfare can see whatever she’s watching, we got the feeling of being watched. We saw an old guy out walking his equally elderly dog had stopped and was enjoying the barn soapy bucket scene along with us. We gave him a wave and he returned it. We noticed he hung out to see how the scene ended. I don’t begrudge him. 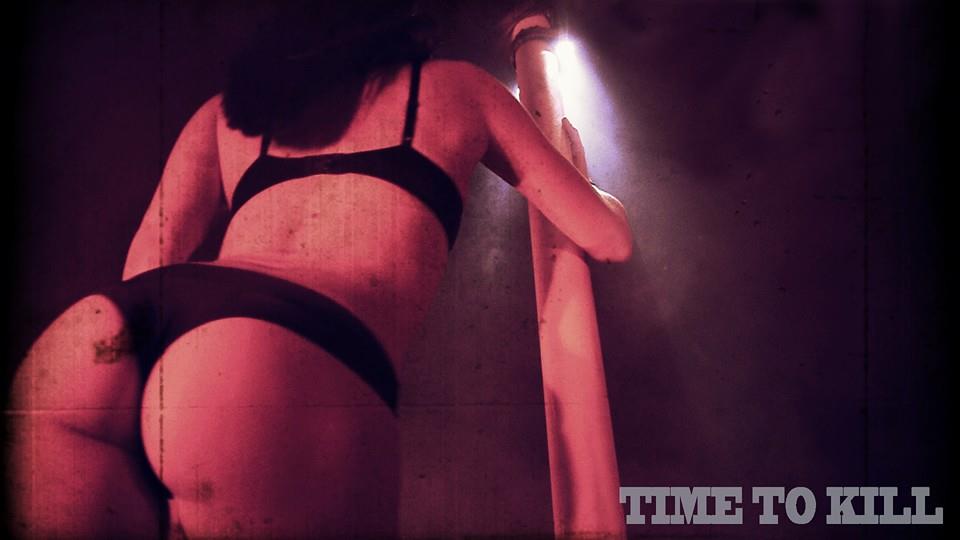 Brian Williams authentically loves the genre and his shout outs to Russ Meyer, Cannon, and the like are evident. Boobs, blood, and babes are the grease that keep this gem running, and all while doing the usual awesome thing that independent filmmakers do… like building the strip club in the film in his garage, and the bar in their basement (where, I’m told has its own legends etched into the space down there, from some epic parties). But his devotion to the VHS feel is really evident, even going as far to release TIME TO KILL on a limited edition VHS, and making sure that the DVD art was really evocative of the old school tapes you’d see in the video store circa 1987.

Initially, he wanted to release it ONLY on VHS, but the demand for the current media was strong, and he conceded to putting it on DVD, which is lucky, since the last time I had a VHS player, I smashed it to smithereens because it chewed up my copy of THE LITTLE MERMAID. Want highbrow? Not your cup of tea. Want something you don’t have to think too hard to enjoy or to play during a party? This is perfect. I recommend.

Little Miss Risk is the star of stage and scream. Her legendary burlesque performances can be seen at the wrong place at the right time across this landscape of ours. She co-starred in AMERICAN MARY, directed by The Soska Twins, and most recently starred in THE EDITOR and in THE ABCs OF DEATH 2.