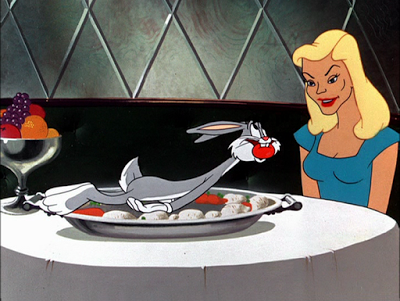 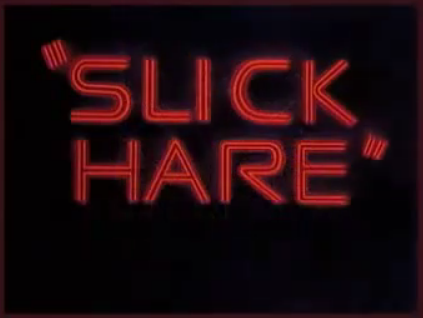 The setting is the Mocrumbo, a swanky nightclub in West Hollywood, California where dinner is only $600.00 with a small down payment and no co-signers are necessary. Various movies stars of the day are socializing, dancing and enjoying the food and drink produced in the club’s filthy kitchen. When legendary tough guy Humphrey Bogart places an order for fried rabbit, his waiter has just a short time to get it to him… or else. 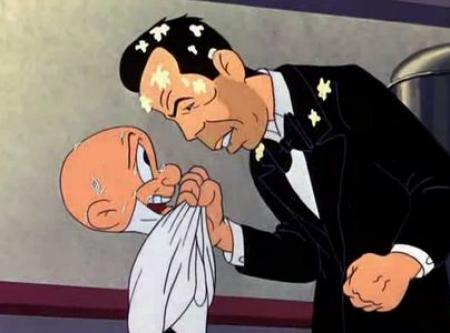 Lucky for the waiter, there happens to be a live rabbit munching on carrots in a crate in the kitchen. On the downside, that same rabbit happens to be Bugs Bunny (voiced by Mel Blanc) and the waiter in question is Elmer Fudd (voiced by Arthur Q. Bryan). Queue up the usual hilarious, “looney” chase throughout the nightclub. 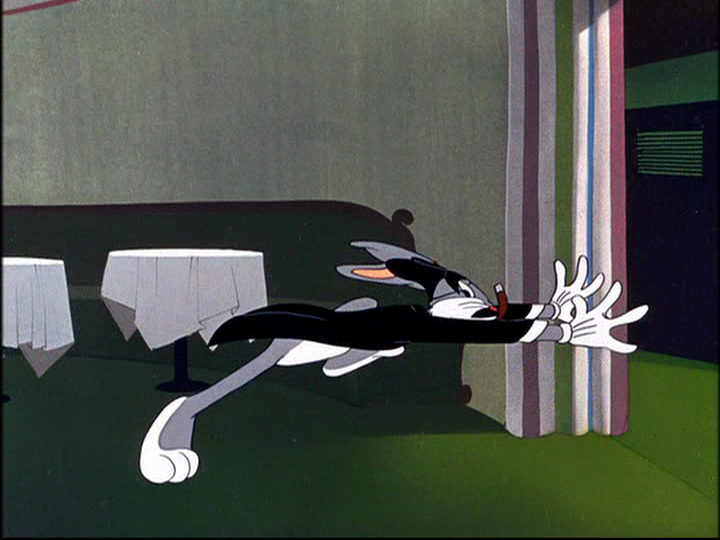 SLICK HARE is a top ten Bug Bunny cartoon. Directed by the great Friz Freleng, the short captures everything that makes these animated Warner Brothers shorts so damn special and timeless. The razor sharp gags, beautifully timed musical cues by composer Carl Stalling and the hilarious Hollywood caricatures that pop up in so many of these cartoons are all used to their best advantage throughout a perfect 7:40 minute running time. 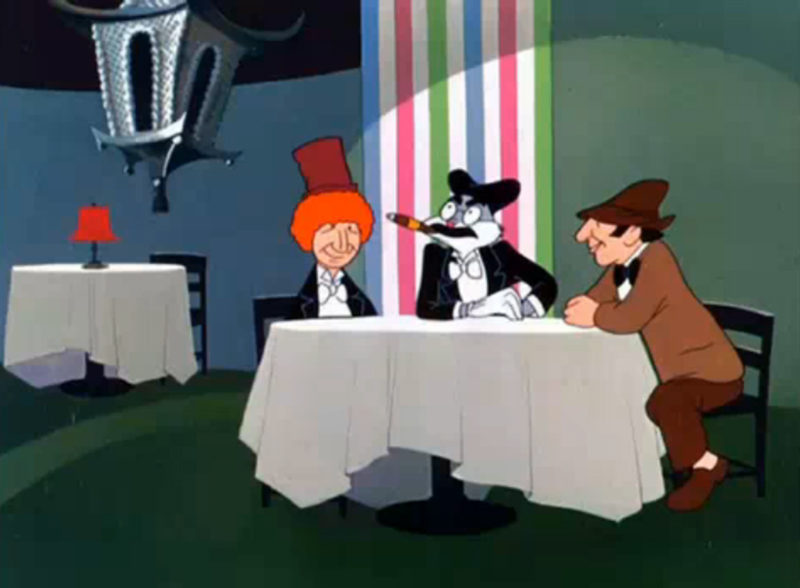 Freleng’s amazing sense of timing was never better, best seen during a bit where Bugs plays waiter and continuously belts Elmer in the face with pies. (Even Freleng was surprised at how well the timing worked out here).

Friz was never shy about his disdain for the idea of pitting Bugs up against the moronic Elmer. He actually created the ultra-abrasive Yosemite Sam character to replace Elmer as a more aggressive threat to Bugs. 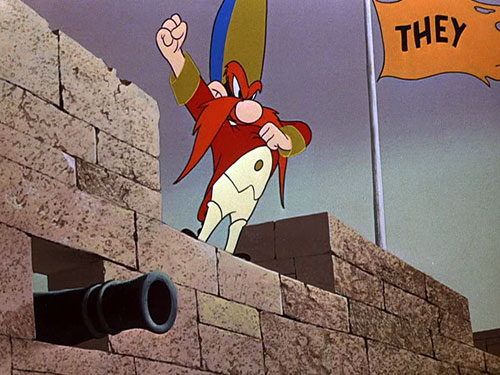 The director always felt Elmer was too dumb to tangle with the smart-aleck rabbit, with Bugs coming across as a bully whenever  he heckled the poor sap. True to a point, but let’s cut Bugs some slack, seeing that Elmer’s main intent was usually to blow the bunny’s head off or in this case, serve him up as a meal. 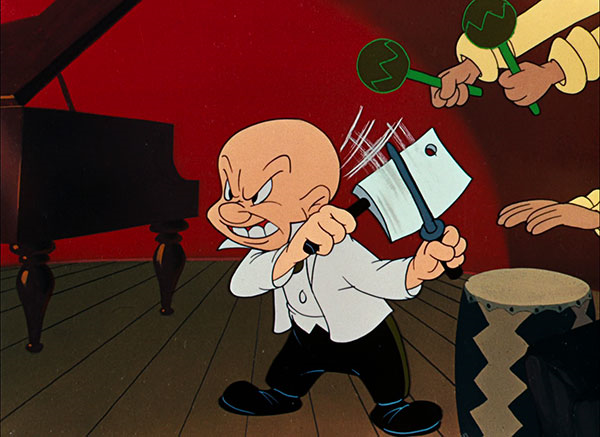 Speaking of meals, the kitchen were a lot of the cartoon’s action takes place supposedly gave viewers an animated look at how disgusting the facility was in real life (notice the grease stains behind Bugs and Elmer in the below photo). Gag writer Michael Maltese was able to get a sneak peak of the kitchen at the Mocambo, the actual club parodied. According to Maltese, his true depiction wasn’t appreciated much by the establishment! 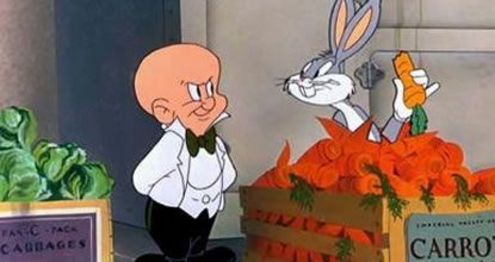 Unlike many Bugs/Elmer pairings, the duo’s battle in SLICK HARE comes to a draw when Bugs surrenders to the hapless waiter, upon realizing he is actually to be Lauren “Baby” Bacall’s dinner that night. I can think of worse ways to go.