Home  ⁄  The Wire  ⁄  LIU CHIA-LIANG, ICON OF MARTIAL ARTS CINEMA, PASSES AWAY AT 76; A TRAILER COMPILATION IN HIS HONOR

There was a deep commitment to martial arts in his family. It was more than ritual, it was life. This spiritual connection was the reason he created some of the most pure and brilliant martial art films we have ever seen. Liu Chia-liang passed away this morning at the age of 76, surrounded by family who report the passing as peaceful. A legend was lost, he will be missed, but a career spanning more than 70 films will live on.

His directorial debut was 1975’s THE SPIRITUAL BOXER, the first kung-fu comedy and a huge box office success. This was a satire of the martial arts genre at a time when it had become heavily diluted and had lost its way. Though each subsequent film after BOXER was unique and true to its roots, it was THE 36TH CHAMBER OF SHAOLIN that would forever propel Liu Chia-liang to an iconic status. Starring his “god-brother” Liu Chia Hui (Gordon Liu, who is in poor health as of this writing), 36TH CHAMBER tells the story of San Te who’s family has been killed by a ruthless group of assassins. San Te vows revenge and spends the next hour in a series of impressive training sequences that are both physically and mentally rigorous.

In 1965, when Liu Chia-liang was only 21, he found himself at Shaw Brothers where he worked with Chang Cheh and others as an actor and fight choreographer. Along the way, he learned the craft of filmmaking which allowed him to develop into one of the most pure martial arts directors the cinema has known. Rest well, Sir. 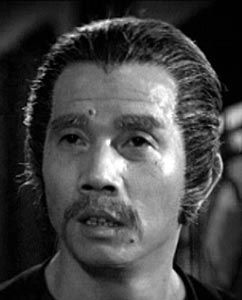 Here is a trailer compilation of some of his films in his honor.