Home  ⁄  The Wire  ⁄  Wednesday Reminder: Live-Tweet of ‘THE LIGHTHOUSE’ This Friday, April 17 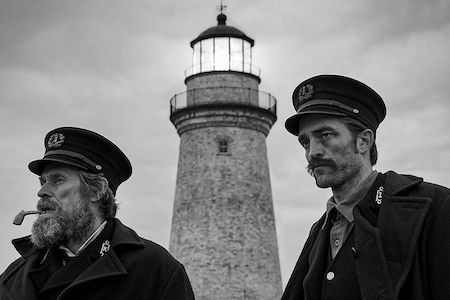 Put your social isolation-caused madness to good use and become a wicky with us as we live-tweet THE LIGHTHOUSE.

As we’ve done every day (or have we? time…has lost all meaning), here’s Wednesday’s daily reminder that we folks here at Daily Grindhouse will be teaming up with the good people at Anatomy Of A Scream for a Live-Tweet event this Friday, April 17, 2020. We’ll be watching (and chatting about) Robert Eggers‘ sea salt soaked sophomore effort, 2019’s THE LIGHTHOUSE.

As the bizarre happenings unfurl in THE LIGHTHOUSE, please come prepared to the live-tweet with your best shanties, nautical hexes, and at least one dark mysterious secret.

Each day this week we’ve shown off a video promoting the event, today be no different than th’ last! Enjoy this little ditty and we look forward to jawing with you all on Friday, April 17, 2020 at 9pm Eastern for our first Live-Tweet alongside Anatomy Of A Scream.