The horror anthology (or portmanteau, if you want to talk fancy) has long been a popular way for filmmakers to get their work on the big screen. In recent years, the anthology film has been a popular choice for independent filmmakers at every level, from shot-on-video no-budget productions to slicker packages like THE ABCS OF DEATH, making anthologies arguably more popular than ever. LOCKER 13 lands on the higher end of the spectrum, with almost all of its five stories (including a wraparound that becomes the focus of the film’s final segment) featuring a familiar face or two, which is likely how it has ended up with a theatrical run starting March 28th, 2014. 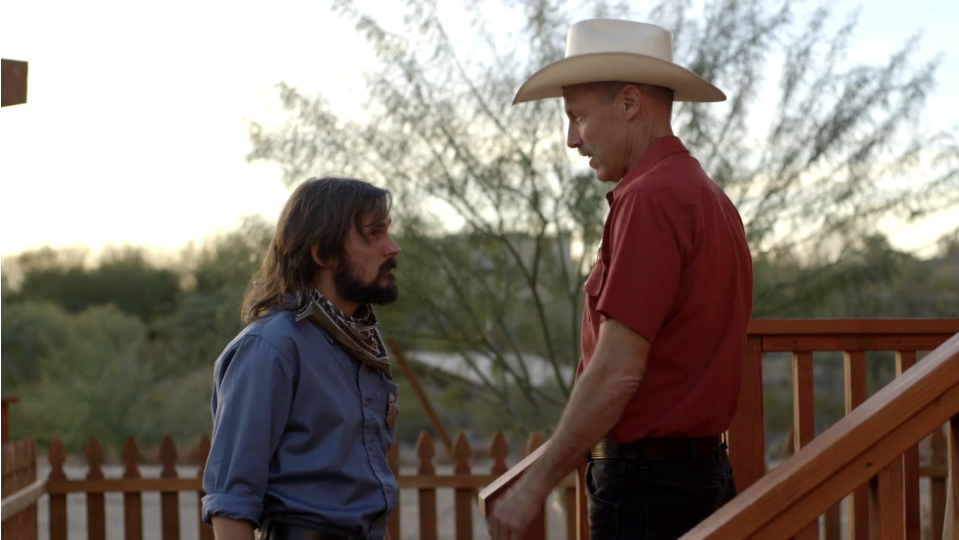 In the wraparound story, Skip (Jason Spisak) is an ex-con who has lucked into a job as an overnight janitor at an Old West tourist town. His supervisor Archie (John Gries) shows him around the facilities, and as he happens upon objects scattered around the place, he is reminded of stories that he believes will be helpful to Skip. Each object leads into a short film, each of them (except one) connected by the appearance of a locker with the number 13 on it.

In the first segment, “Down and Out,” Ricky Schroder plays a washed-up boxer named Tommy who finds himself on a lucky streak when a mysterious character (Victor Campos) who looks a lot like Frank Langella (so you know something weird is going on) gives him a pair of battered old boxing gloves. The gloves win Tommy fights, but they cause him to go into a violent, unstoppable rage. With his agent Don (Jon Polito) ready to drop Tommy at the next loss, will he keep fighting or will the blood on his hands be too much for him to handle?

Next up is “The Byzantine Order,” in which Eugene (Bart Johnson) is heading to the local lodge for his initiation with his friend Clifford (Curtis Armstrong). The lodge at first appears to be pretty standard stuff—schmoozing, drinking, everybody wearing a fez, a stripper jumping out of a cake to sing show tunes—until a high-ranking national lodge officer named Floyd Marley (David Huddleston, the Big Lebowski himself) drops by for an unexpected visit and the evening takes a dark turn. 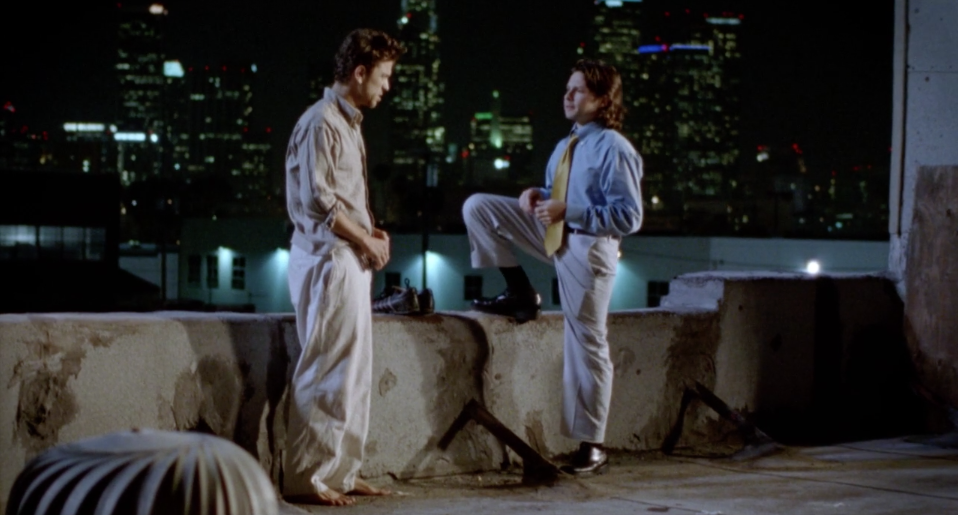 The third story, “Suicide Club,” is the odd one out. It has only two characters: William (Alexander Polinsky) and Jack (Jason Marsden). William is about to jump off the roof of a building when Jack stops him to engage in a brief conversation. Jack’s motives are unclear, but it seems he wants to help William, although not in the way William might think. This is also the only short that doesn’t actually have a locker in it, or really any transition into the short, other than a fade in to a shot of two street signs informing the audience this takes place at the corner of 13th & Locker streets.

The fourth segment, “The Author,” stars Rick Hoffman as Armando, a hit man who keeps notes for his memoirs by chatting into a micro cassette recorder, and who has three women chained to a wall in what appears to be an abandoned loft. One of the three women hired Armando to kill Harvey (Thomas Calabro), but because they carefully disguised their voice, Armando is not sure which one it is: Patricia (Krista Allen), Harvey’s wife; Rachel (Marina Benedict), Harvey’s mistress; or Marcia (Carmen Perez), Harvey’s assistant. Armando dictates notes as he plies the women for information, but he might get more than he bargained for before the night is over. 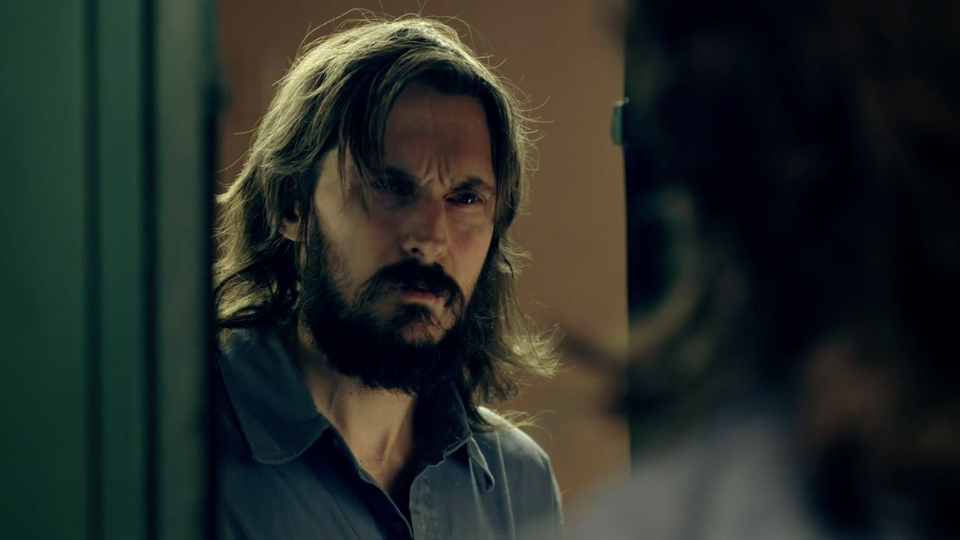 At this point, we return to the wraparound story, “The Other Side.” Archie leaves Skip to his work with one final note: Skip is not to clean or even touch Archie’s locker, #13. It’s battered and filthy, but Archie is very clear that Skip should leave it alone. Skip naturally ignores Archie’s warning and finds the locker completely empty, but some time later while cleaning the locker room he hears an odd sound coming from Locker 13. When he opens it to find out what’s making the noise, he finds something that just might change his luck.

So what does this all add up to? Well, LOCKER 13’s segments are mostly pretty slick, although the difference in production quality between “Suicide Club” and the rest of the stories is pretty huge. Each short was directed by a different filmmaker, but interestingly, they all feel fairly similar. If the intent was to give the film as a whole a coherent voice, it certainly worked, although this adherence to a similar look and feel may work against the filmmakers’ individual strengths. The quality of the shorts is about the same across the board, although certain ones have different points that stand out: Ricky Schroder’s performance in “Down and Out” is actually very good, although he doesn’t have much time to work with. “The Byzantine Order” has a few good gags and probably the strongest ensemble. “Suicide Club” lands in pretty familiar territory and frankly feels like a one-act play that has been ported over into a short, and “The Author” leans too hard on pointless cruelty to be enjoyable. Wrapping things up, “The Other Side” just doesn’t make all that much sense at the end.

With its mostly slick production and a few good entries, LOCKER 13 could be a reasonable way to pass the time if it pops up on cable. It’s tough to recommend as something to seek out, though, as even at its best it feels very familiar and at its worst it can feel flat-out tired. Still, it piques interest in the individual filmmakers, and if that was part of the reason behind the production of LOCKER 13, mission accomplished.