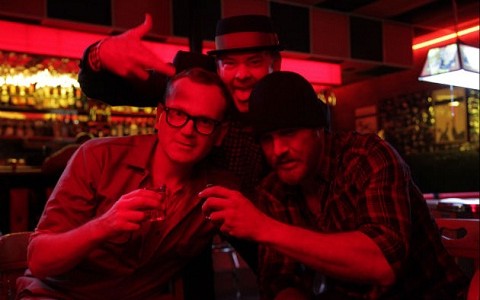 E.L. Katz’s debut film CHEAP THRILLS set tongues a-waggin’ last year (including our own Jon Abrams, who raved about the film here and even named it his #1 Horror Film of 2013) after some festival screenings and special showings at Alamo Drafthouse theaters, whose distribution arm, Drafthouse Films, picked the film up for a theatrical run. The film finally gets a wider audience this weekend, and for those not fortunate enough to live in an area metropolitan enough to utilize a screen for something other than MR. PEABODY AND SHERMAN, you can catch it on VOD as well.

And you should, because, like Jon stated in his reviews, it’s a massively entertaining, inventive flick.

For those not yet shivering with anticipation for CHEAP THRILLS, the movie concerns Craig (Pat Healy, creepy as hell in COMPLIANCE and sociopathically funny as the anti-semitic bookstore customer in GHOST WORLD), a relatively young father and husband who starts the film with news that he and his family are about to be tossed out of their apartment unless they pay $4,500 in back rent, followed by getting fired from his low-paying job as a mechanic. Going out for a solitary drink in which to drown his sorrows, he runs into old high school friend, Vince (DISTURBING BEHAVIOR’s Ethan Embry) now working as a low-level tough for some sort of vaguely-alluded to organization that collects gambling debts.

Their alcohol-ridden reunion takes a turn when the pair meets fellow bar patrons Colin and Violet (David Koechner and THE INNKEEPERS’ Sara Paxton), who seem to have more money than they know what to do with. The wealthy couple are having a night on the town to celebrate the mostly-silent Violet’s birthday, and they make quick friends with the drunken duo, offering the down-on-their-luck guys a chance to make a quick buck by performing tasks that start out innocently (like downing a shot of $600-a-bottle tequila) and soon become a bit less so (like, er… well, that would be telling) as the stakes of the “game” are raised. 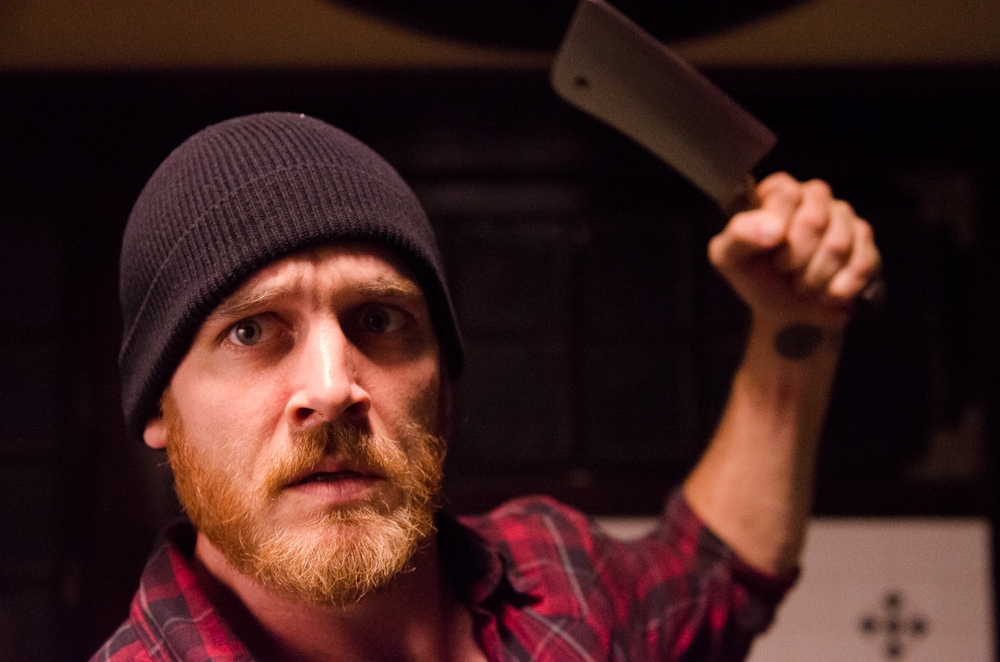 Delving too deeply into the plot of CHEAP THRILLS isn’t something I want to do for obvious reasons (if you’re someone who needs to know the ending before going to see a movie, there are plenty of places for that around), but suffice to say, things escalate pretty quickly. And while the plotting of CHEAP THRILLS is fun on its own, it’s a set-up that we’ve seen variations of before – the wealthy playing games at the expense of the financially desperate is pretty much a standard set-up to get a sadistic movie going, most recently in 2012’s WOULD YOU RATHER.

CHEAP THRILLS, however, has more on its mind than the simple sadism implied by the title. Thanks to strong performances and clever direction, CHEAP THRILLS feels as though it’s as much a comment on class divide as it is a movie about people slowly torturing the crap out of each other. Trent (CITIZEN TOXIE) Haaga and David Chirchirillo’s screenplay has the prerequisite twists and turns to keep you interested, but it never makes the proceedings so unbelievable or contrivance-stretching that you’re taken out the film – the characters may be mildly absurd in their reactions but they never become caricatures that would make their situation easy to dismiss. 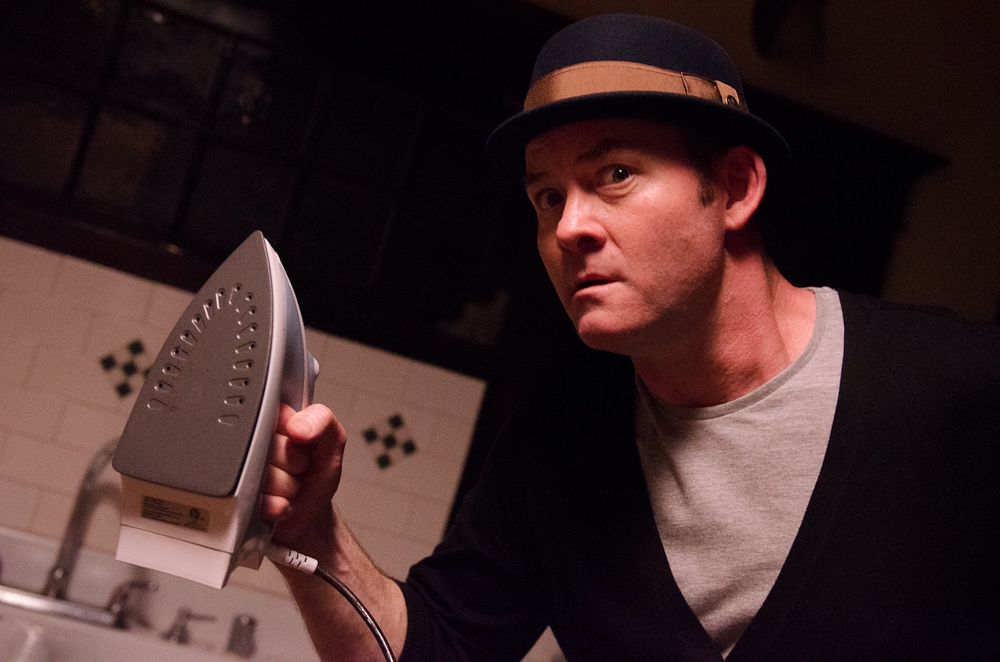 At the center of it all is a fantastically spot-on performance by ANCHORMAN star David Koechner. Now, I’ve never completely warmed to Koechner, though I’ve certainly enjoyed plenty of things he’s been involved with (and he does a great Pat Buchanan). I’ve liked him in “The Office,” ANCHORMAN, THANK YOU FOR SMOKING and a number of his other works, but there has always been something about his performances that seem a little off, as though he’s trying a little too hard to play a character rather than just existing as one on screen. Don’t get me wrong – I like him a lot, and it’s always nice to see him on screen, but I always get the feeling that I should find him more entertaining than I actually do.

In CHEAP THRILLS, however, Koechner is perfect. Colin could have easily been portrayed as a wealthy fun-lover who slowly devolves into a clichéd villain, but Koechner and the screenwriters take the high road, making Colin (and Violet, who keeps things going via sending texts to her husband rather than speaking) into a character who feels like an actual person just out for a good time who harbors no intentional ill-will rather than a cardboard cut-out demon that would signal a huge warning sign to any audience member. That’s not to say that we, as an audience, don’t know that he’s bad news – that’s why we’re seeing the movie – but because he doesn’t seem like a psychological threat, it means that Craig and Vince’s reactions to his cajoling make sense rather than feeling like a couple of guys sucked into a plot device.

With Koechner’s Colin anchoring the plot and the equally-compelling performances by Healy and Embry as the desperate men, CHEAP THRILLS manages to live up to not only the ideas that its set-up alludes to, but also the reputation it’s been given over the past year. It’s the sort of original, intense, darkly comic character-driven thrill ride that I’d love to see more genre filmmakers working on, instead of just figuring out the best way to disgust people or make yet another homage to ‘80s slasher films. Daily Grindhouse approved – by several of us.