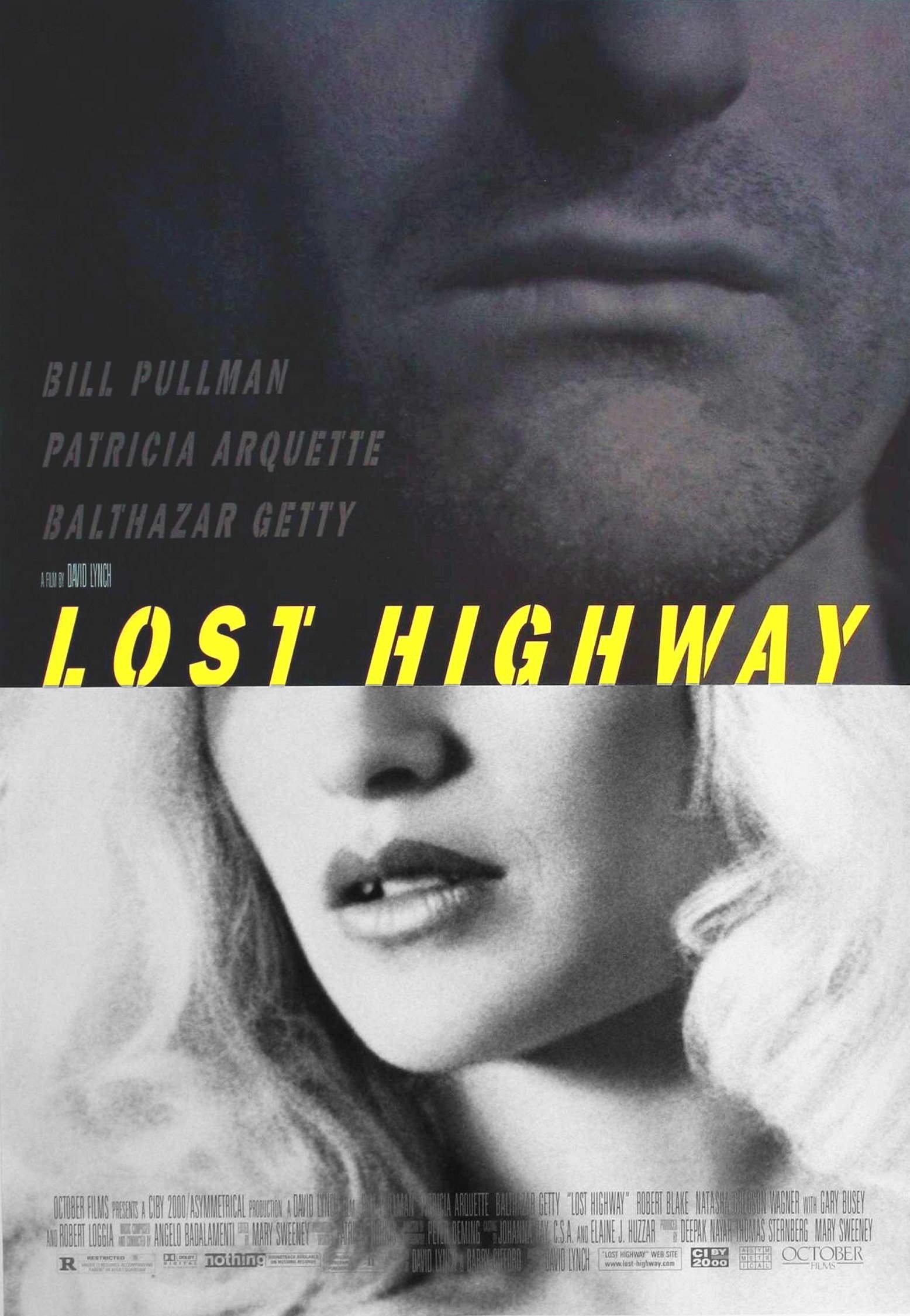 Well, the genre heading of “horror” may be pushing the definition a bit. As far as strict classifications go, LOST HIGHWAY is more of an elliptical art film (which goes heavy on the L.A. noir elements) than a horror movie.

But try telling me that back in 1997, when a bunch of friends and I saw it twice in theaters just because it was so goddamned freaky, or when I creeped myself out listening to the soundtrack while driving down a dark highway (in Wyoming, long story).  When my friends and I were younger we reveled in absurdities – the less sense something made, the more invigorating it seemed to be.  Then you become a film major and you start looking to ascribe meaning to everything.

I don’t know that you can make sense out of a movie like LOST HIGHWAY.  It seems to be the story of a jazz musician (Bill Pullman) who is arrested and imprisoned for killing his wife (Patricia Arquette) and then has a psychotic break, wherein he imagines himself as a younger man (Baltazar Getty) being mentored by a violent gangster (Robert Loggia), only to fall in love with the gangster’s girl (Patricia Arquette again).  In both storylines the protagonist is haunted by a Mystery Man (Robert Blake in ghastly, ghostly pale makeup) who seems to know everything and be everywhere.

But is that even really what happens?  Beats the shit out of me.  Every time you think you’ve teased out a cohesive narrative for the film, you remember one out-of-place element, and that whole theory unravels.  Best to stop thinking so hard and just experience LOST HIGHWAY as David Lynch’s nightmare vision of Los Angeles, presaging the equally creepy MULHOLLAND DR. in 2001.

What adds to the hellish landscape of LOST HIGHWAY is its proximity to disturbing and tragic real-life elements, such as the cameo from a once-vibrant and now visibly-ailing Richard Pryor, to the presence of Michael Massee, a terrific character actor with a particular talent for projecting skeevy menace who is unfortunately probably best known for being on the set of THE CROW the day Brandon Lee died, to most upsetting of all, the recurring gnomish specter of Robert Blake, the one-time child actor and TV star who ended up on trial for [allegedly] killing his wife in 2001.

Which, you’ll notice, puts us right back inside the plot of LOST HIGHWAY.  We can’t escape.