THIEF was Michael Mann’s first theatrical release. Hitting theatres on March 27th, 1981, THIEF told the tale of Frank (James Caan), a professional safecracker in Chicago, Illinois. Frank’s dream is to retire and to have what he perceives to be a normal life: a house, a wife and a child. An opportunity from a big-time gangster for a few big scores presents itself, but as it usually happens in noir crime tales, things don’t work out for Frank the way he planned, and what he has left of his life crumbles around him, inciting him to exact violent revenge on the people that destroyed his dream.

James Caan has stated that next to Sonny Corleone in THE GODFATHER, the part of Frank in THIEF is his favorite film role. Caan is perfectly cast as a crook with delusions of what is a normal life. When the film opens, Frank appears to be happy with his life as a criminal.

“I wear $150 slacks, I wear silk shirts, I wear $800 suits, I wear a gold watch, I wear a perfect, D-flawless three-carat ring. I change cars like other guys change their fucking shoes. I’m a thief. I’ve been in prison, all right?” 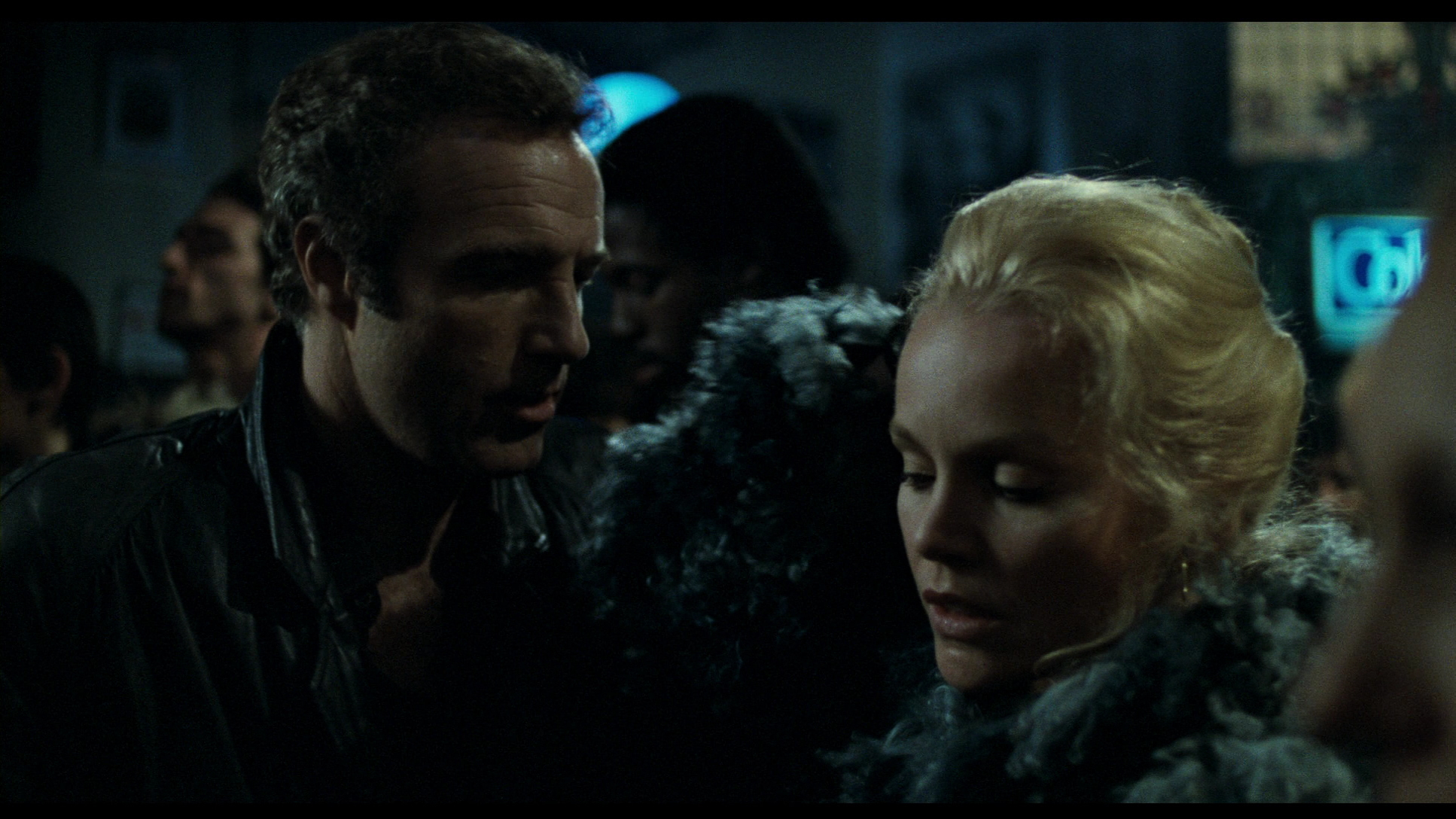 He states that with a touch of bravado as he’s trying to convince Jessie (Tuesday Weld) to be his wife. Frank is a man who has lived a life of crime and has been paid by it as well as paid for it. Frank carries a collage in his pocket of what he pictures to be a perfect life; a family he never had. Frank is delusional enough to think that marrying a girl and adopting a child is what will set him straight. This is a powerful arc in the film. There are so many people in this world with no future, who reason with themselves that living the “grown-up” life that has been force-fed to them from not only television and movies but also from their own friends and family. The dichotomy of Caan’s rough-looking exterior and his almost child-like innocence elevate the character of Frank to a higher thematic plane. 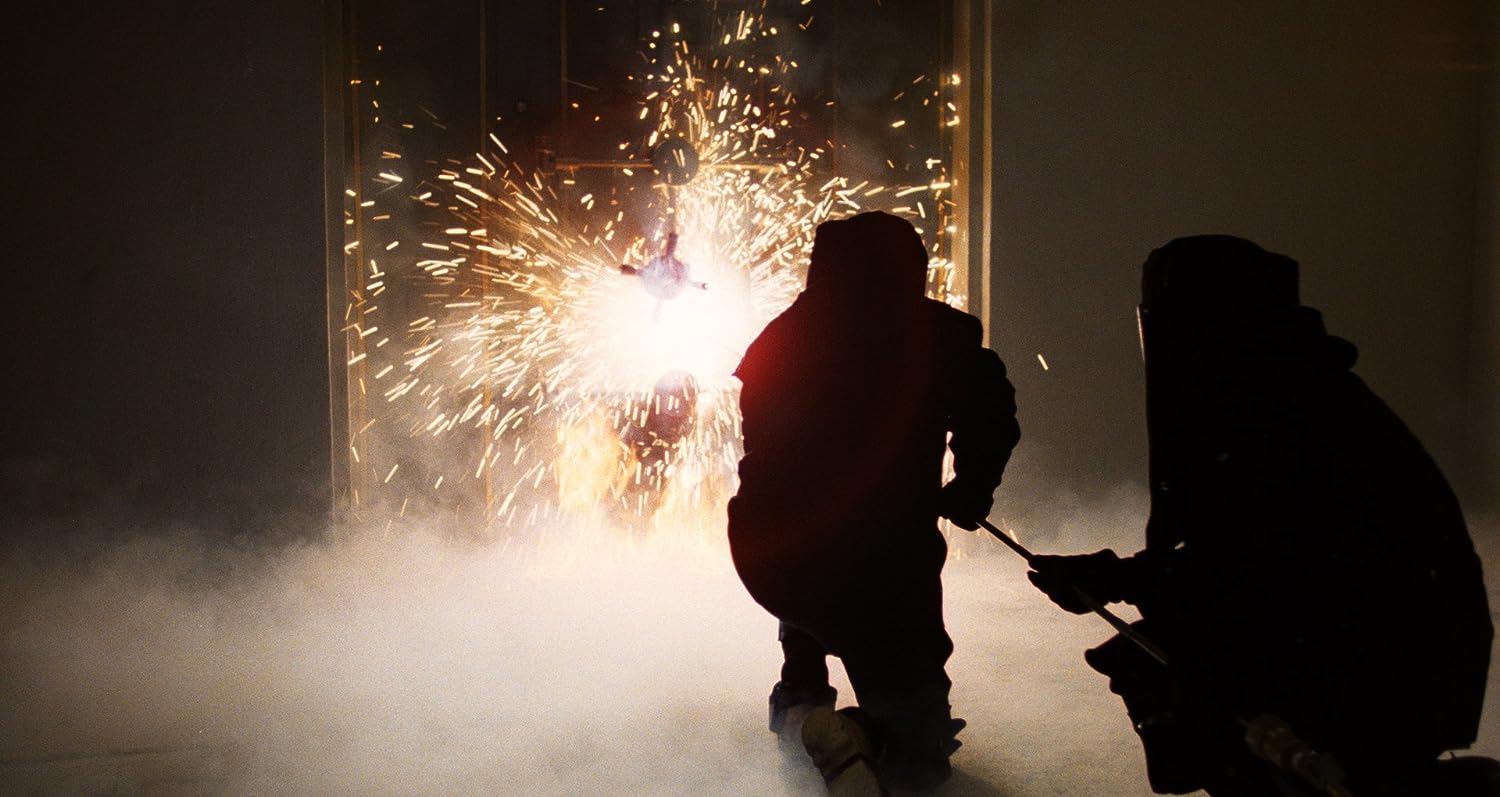 One of the reasons THIEF resonates thirty years later is because of its authenticity. Michael Mann did extensive research on the real-life techniques of professional thieves. Mann’s screenplay is adapted from Frank Hohimer’s book, The Home Invaders, that recounts Hohimer’s days as a professional criminal. Another real deal thief consulted on the project was John Santucci; Santucci portrays corrupt police officer Urizzi, and would go on to work with Mann again in 1989 made for television outing, L.A. TAKEDOWN. I am not a professional thief so I can’t speak as to how real the heist scenes are but I was born and raised in Chicago so it is great seeing the city I grew up in utilized so well.

The Chicago of THIEF is the Chicago that I grew up fascinated with and a little bit scared of; this is the gritty, grimy industrial city portrayed in THE BLUES BROTHERS and ADVENTURES IN BABYSITTING. Growing up, New York was always the cityscape I associated with the movies. The NINJA TURTLES and the GHOSTBUSTERS lived there; even Jason Voorhees made a stop eventually. Chicago in movies was always a rare sight, outside of the sunny FERRIS BUELLER’S DAY OFF. I remember being a kid and daydreaming about having adventures in the smoky nightclubs of downtown, as I grew up in the south side neighborhood of Beverly which feels safer like  a suburb. Mann shoots the rain-soaked, neon-drenched streets of Chicago with such love and such menace at the same time. If there is a perfect shot in the film, it occurs when Frank cruises down the city streets in his black Cadillac, and all of the neon signs can be seen reflected in the hood of the car. It is both a throwback to crime films of the thirties and completely modern at the same time; it is ‘neon-noir’ personified. 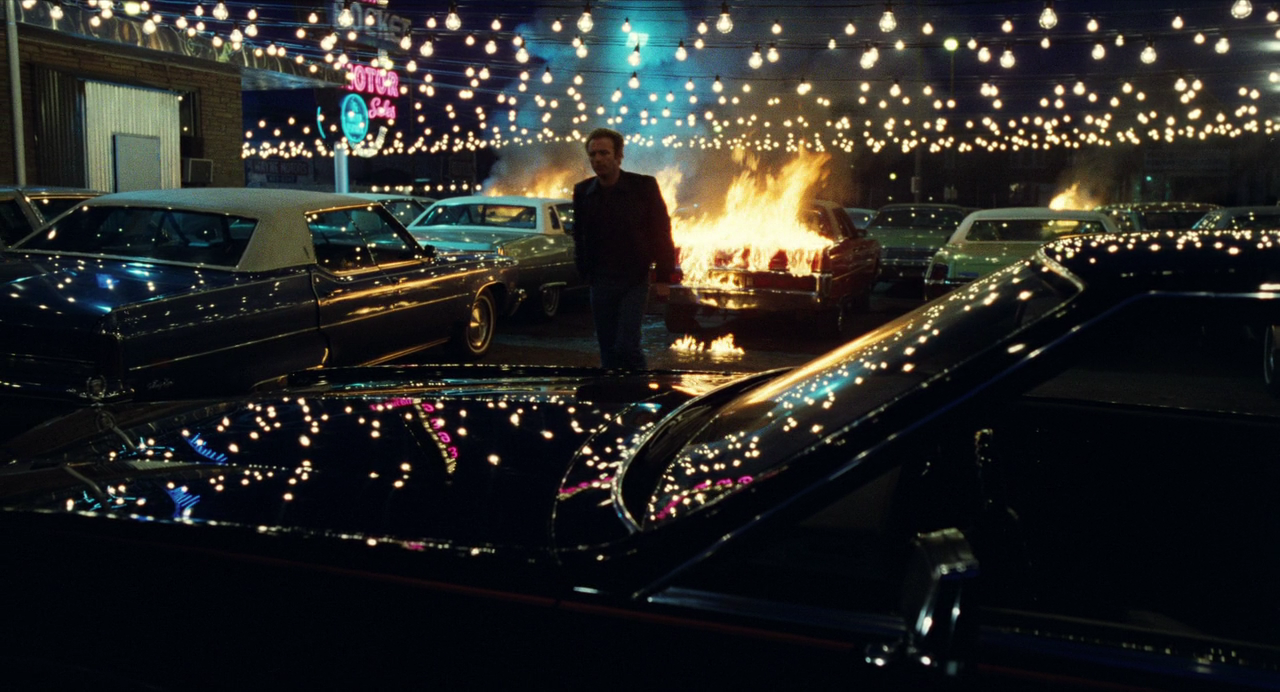 James Belushi has probably never had a better role than that of Frank’s partner, Barry. Belushi is perfectly Chicago, as much as The Green Mill, the bar located at Broadway and Lawrence that many of Frank’s meetings occur at. The Green Mill still thrives today, and I’ve had the pleasure of drinking there but never had the pleasure of blowing it up, the way Michael Mann did. Even when Frank purchases his house in the suburbs, any local can tell from the mid-century modern, Frank Lloyd Wright’s design of the home that it’s in Oak Park, a popular suburb on the west side of Chicago. To someone who has spent his whole life here, the Chicago in THIEF seems very real. THIEF also marks the first collaboration between Michael Mann and Tangerine Dream. History has been kind to Tangerine Dream’s score, which was nominated for a Razzie Award in 1981. It’s only a testament to how far ahead of their time Tangerine Dream was musically. Their mix of synthesizers and electric guitar compliment the ‘neon-noir,’ ultra-modern aesthetic that helps bring the age-old tale of a crook trying to go straight to life in a way no one had done before. This is a perfect match of visuals and music.

THIEF represents the template for most of Mann’s output — conflicted criminals with a moral compass of their own. It’s also a fantastic look at Chicago, a city that may not be represented on film as much as Los Angeles or New York but one which has a very distinct look and feel to it, just like the film itself.