I was not expecting the pilot of The Critic to be on my mind when watching ALL HAIL THE POPCORN KING, a documentary about renowned crime and horror author Joe R. Lansdale. But, like the unbidden dreams that visited Lansdale to create some of his weirdest works like The Drive-In or Bubba Ho-Tep, I kept replaying that episode in my head as the film drew to a close. For those unfamiliar with the ‘90s animated sitcom (spoilers for a 26-year-old show), Sherman (the titular critic, voiced by Jon Lovitz) is in a great relationship with a beautiful actress, Valerie Fox (Jennifer Lien), which all comes to a screeching halt when he sees her awful performance in a movie. He gives the film a mixed review, highlighting that what really brings it down is Fox’s acting — even though he tries to point out that she’s a great person. Fox breaks up with the curmudgeonly critic, and the cycle of triumph and failure would resume for episodes to come. 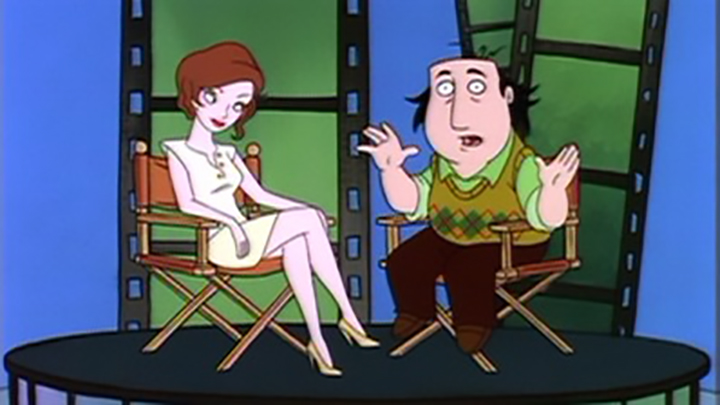 So why am I talking about this 1994 TV episode? What does it have to do with ALL HAIL THE POPCORN KING? I don’t know any of the filmmakers involved  in this documentary. But I watched director Hansi Oppenheimer’s passion project profile of this beloved writer, one that has a lot of heart and good intentions—while realizing the cinematic execution was subpar. It never feels good to punch down or to besmirch someone who merely wanted to praise an important figure. Yet it’s very hard not to fairly assess ALL HAIL THE POPCORN KING without pointing out its numerous shortcomings. 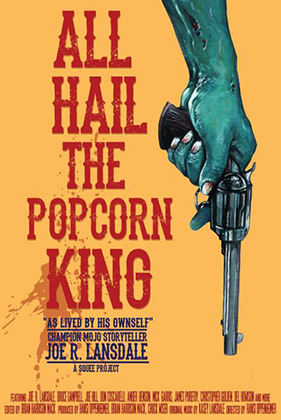 Joe R. Lansdale has been a published writer since the late ‘70s/early ‘80s. He has written novels, short stories, edited anthologies, and worked on comics; dabbled in sci-fi, crime, horror, adventure and more genres throughout his career; he wrote episodes of Batman: The Animated Series, and seen his works adapted into other mediums — such as the Hap and Leonard TV series, BUBBA HO-TEP, and COLD IN JULY. His ability to capture authentic dialogue and create fleshed out characters while placing them in bizarre situations resembles if Elmore Leonard and Clive Barker were merged in a Cronenbergian fashion.

He is from East Texas (the town of Nacogdoches has been his home for many decades), eschewing the beckoning of the coastal cities of New York and Los Angeles. He is a cult figure that is revered in genre circles and amongst other authors. He has received numerous awards and honors—oh and he invented his own form of martial arts of which he is a highly respected master. That is a lot to encapsulate in any overview of the man—not to mention discussing his biography and anecdotes and encompassing how Texas shaped him as a person and an artist.

ALL HAIL THE POPCORN KING is an ambitious endeavor to cover so much ground about this towering giant in the genre world. Oppenheimer (who also co-wrote the documentary with Brian Harrison Mack) is able to get a lot of revealing information through her conversation with Lansdale, his family, friends, and peers. Bruce Campbell, Mick Garris, Joe Hill, Amber Benson, Don Coscarelli and other fan favorites contribute some fun insight into the man, the myth, the legend and why his works have sustained their impact for four decades.

ALL HAIL THE POPCORN KING — a reference both to a monstrous character in The Drive-In as well as the fact that Lansdale loves to eat popcorn and watch movies, and a special recipe for popcorn resulted in some phantasmagoric dreams and most outlandish works — was a crowdsourced project on GoFundMe where it raised roughly $2,750 from 42 backers.

It’s fairly frowned upon to discuss the budgets of movies, or at least seen as gauche — especially as the most expensive movies can be terrible, while the most inexpensive can become cinematic classics. But it’s important to note in this case because the limitations of this documentary are pretty evident, both in what it could afford as well as the technical skill on display.

Many of the stories about Lansdale are from audio recordings of the people that know him (including those mentioned). This isn’t bad in itself; THE THIN BLUE LINE, DEAR ZACHARY, MOMMY DEAD AND DEAREST, and other low-budget documentaries have made extensive use of audio clips to reveal their stories. The problem is that these recordings are mostly played over static shots of book covers, or photographs — usually lingering far too long on publicity stills of folks like Joe Hill and Campbell, so it becomes an incredibly inert scene for the visual medium.

The on-camera interviews are livelier and more engaging, but they are plagued by the poor quality of cameras, amateur lighting, and deeply flawed sound editing. For example, conversation with Mick Garris about Lansdale occurs in a bland hotel room with awkward staging/blocking in the frame and “film” stock that truly resembles video taken by an iPhone. (Quick aside — is Garris the nicest and most knowledgeable proselytizer of horror ever? We’re all agreed on this, right?) 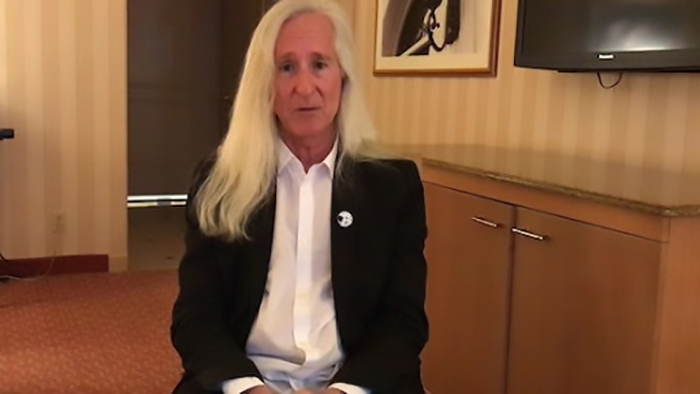 Despite interviewing Don Coscarelli, Nick Damici, and other makers of Lansdale adaptations, ALL HAIL THE POPCORN KING doesn’t feature any footage from these works. It’s mostly behind the scenes photographs, publicity stills, a few posters, and some tape recorded by people on set. Again, this is probably due to budgetary restraint, and each of those elements would be good as brief inserts looking back at the life Lansdale has led. But there is no visual style on display, or incorporation of the pulp/exploitation/drive-in culture that clearly runs through Lansdale’s veins and into his texts.

Oppenheimer also acts as the interviewer and shines in that capacity. Not just with associates of the author, but walking around with Lansdale in his house, or hometown, or dojo, and beyond while the writer regales her with biographical details and memories of what has changed in all these years.

While it’s clear that Lansdale has the gift for gab, Oppenheimer excels at prompting him to talk about certain subjects or dive into other areas of his work and life. Too bad most of these moments are marred again by poor cinematography, choppy editing, and unrefined sound mixing (perhaps don’t use the take with a truck driving past behind Lansdale as he’s talking? Or figure out a way to diminish that noise?). 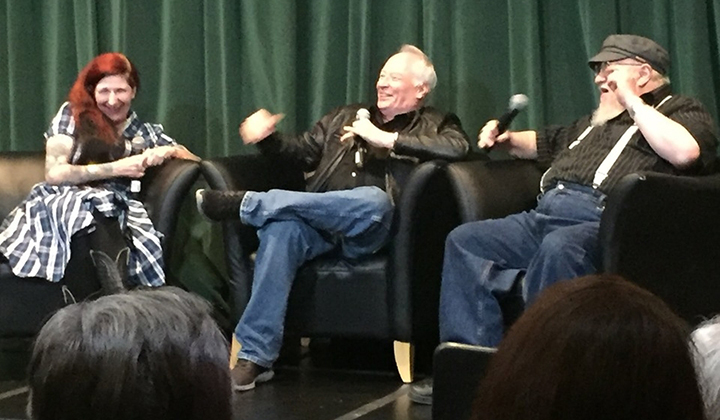 ALL HAIL THE POPCORN KING is a passion project of a true fan made for fans. Devotees of The Drive-In will find some new insight into Joe R. Lansdale, including some rarely known accomplishments and experiences that profoundly shaped his life. But the southern friend king of mojo writing deserved a more engaging, or at least polished, film that plays more as a special feature on a Blu-ray than a true feature (the 56-minute running time with credits doesn’t help this feeling). It doesn’t feel good to criticize a labor of love or a scrappy project by inexperienced artists trying to make their first movie. It’s truly unfortunate because the substance of ALL HAIL THE POPCORN KING — the biographical information, stories from friends, and insights into his work — is very strong. But the presentation is so lackluster that it feels underwhelming and sloppy. Oppenheimer and company’s passion and interview talents are essential to creating a compelling film; but it still requires thought about presentation and engaging the audience.