With the MACHETE sequel news punching you Jack and Jills in the mush, we now have some one-sheet concept art… if there is such a thing. I am not 100% sold on the legitimacy of this, I could be wrong. This could very well be a studio mock-up, but damn, it just seems about 1 week to fast to be pounding out a one-sheet, no? Anyway, COMING SOON scored the low-down on this. It doesnt really match stylistically with the franchise (it lacks any hint of the original, sans the font) but, whatever’s clever, ese. 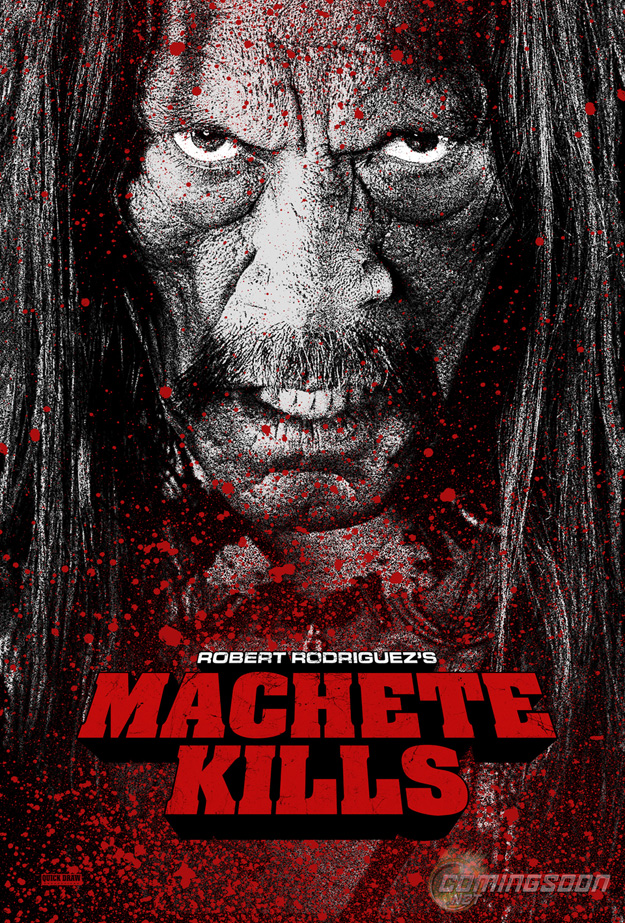 The new film, reportedly, has Machete teaming with the U.S. Government to take on a Mexican drug cartel who seeks world domination with a satellite weapon. This would fall in line with the idea of MACHETE IN SPACE that Trejo reported to DG a few months back. Dig it, Bastards.