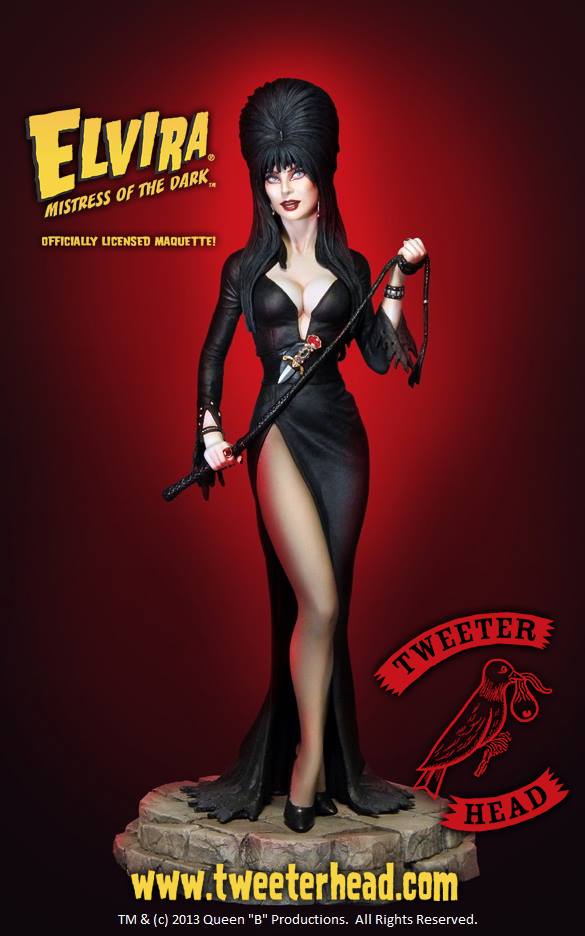 I know, I know, Sideshow is the biggest game in town when it comes to maquettes and the pinnacle of craftsmanship. You can toss NECA in the mix as well and Hot Toys is building a loyal buyer in me, but get familiar with Tweeterhead, quickly. Though the company has only been around since 2012, owner Chad Colebank went straight to the top of the creepy castle for his first licensed piece. With input from Cassandra Peterson, Colebank along with sculptor Trevor Grove and painter David Fisher created a 1/6th scale maquette of Elvira: Mistress of the Dark that is sexy as hell and the best interpretation of the iconic horror hostess we’ve ever seen. There have been a few other maquettes of Elvira, they’ve all been good, but they’ve never been great, until now. This. Is. Flawless. 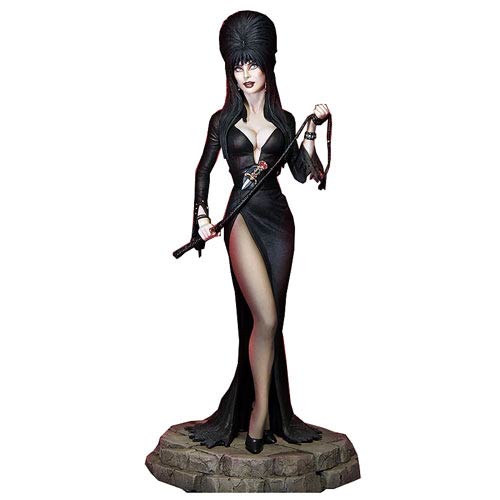 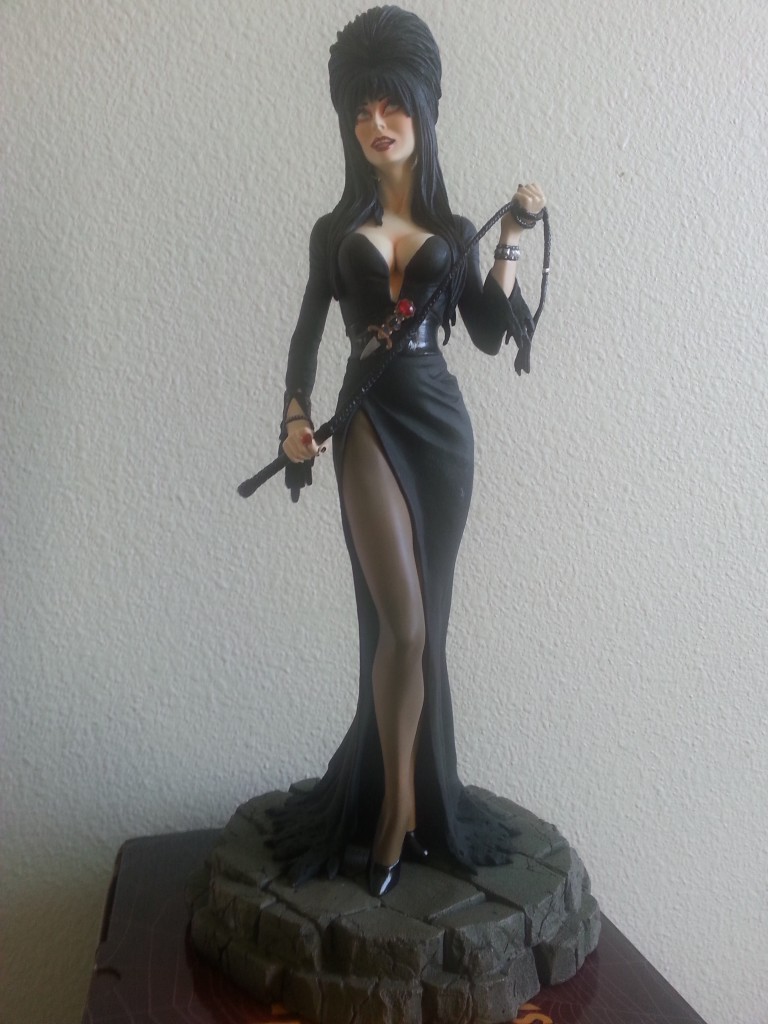 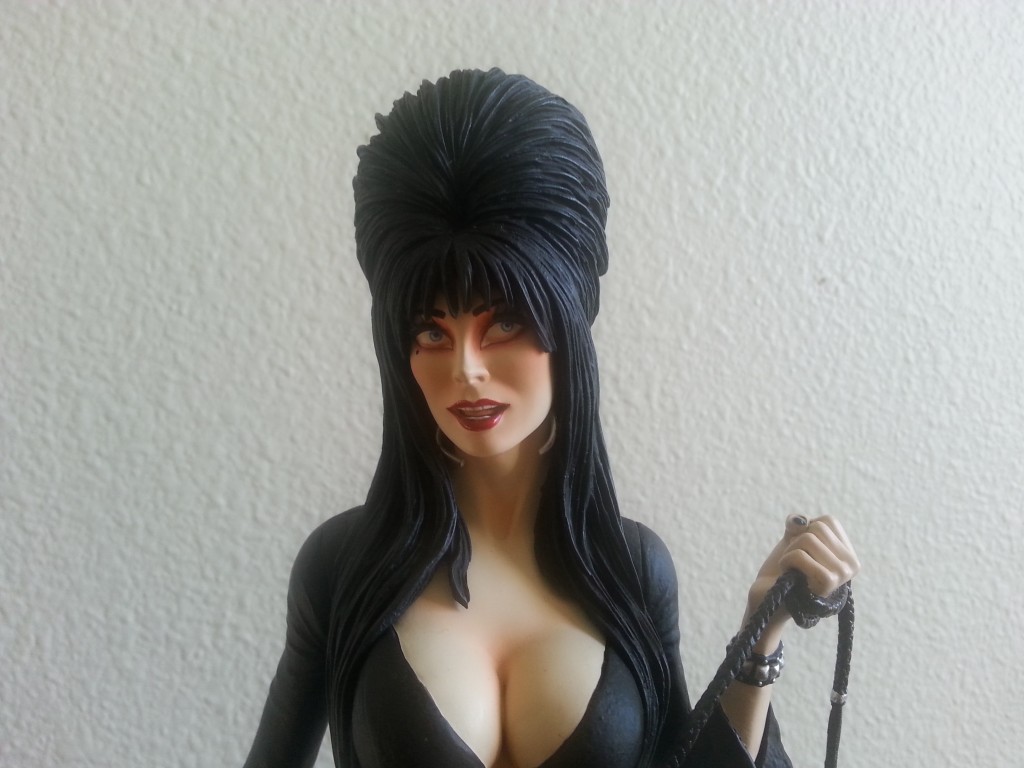 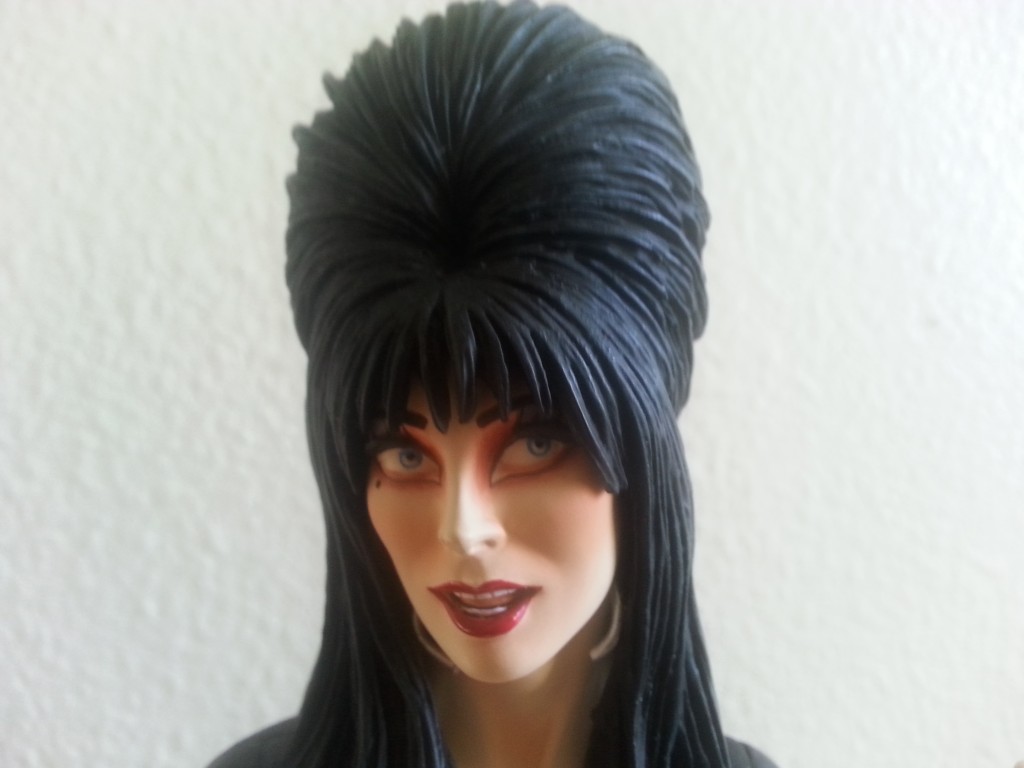 The issue I’ve had with previous Elvira pieces is her facial features, particularly her eyes. I think others have had everything right from the chin to her high cheekbones, but their hard word has been obscured by the inability to properly detail her eyes which are simultaneously playful and hypnotic. Colebank nailed it this time around. Not only are they done properly, they pull you in to the rest of the piece which features equally stunning detail. From her wardrobe to her trademark dagger, which is fitted with six Swarovski gems plus an additional gem on her right hand, the execution and the commitment to the smallest details is simply stunning. Holding a black whip, eyeing her likely willing subject, this piece comes with a base that resembles a dungeon floor to carry through the dominatrix vibe that is so fitting of the legendary Queen of the B’s. Her pitch black gown is given remarkable dimension as it drapes across the cold looking stone. 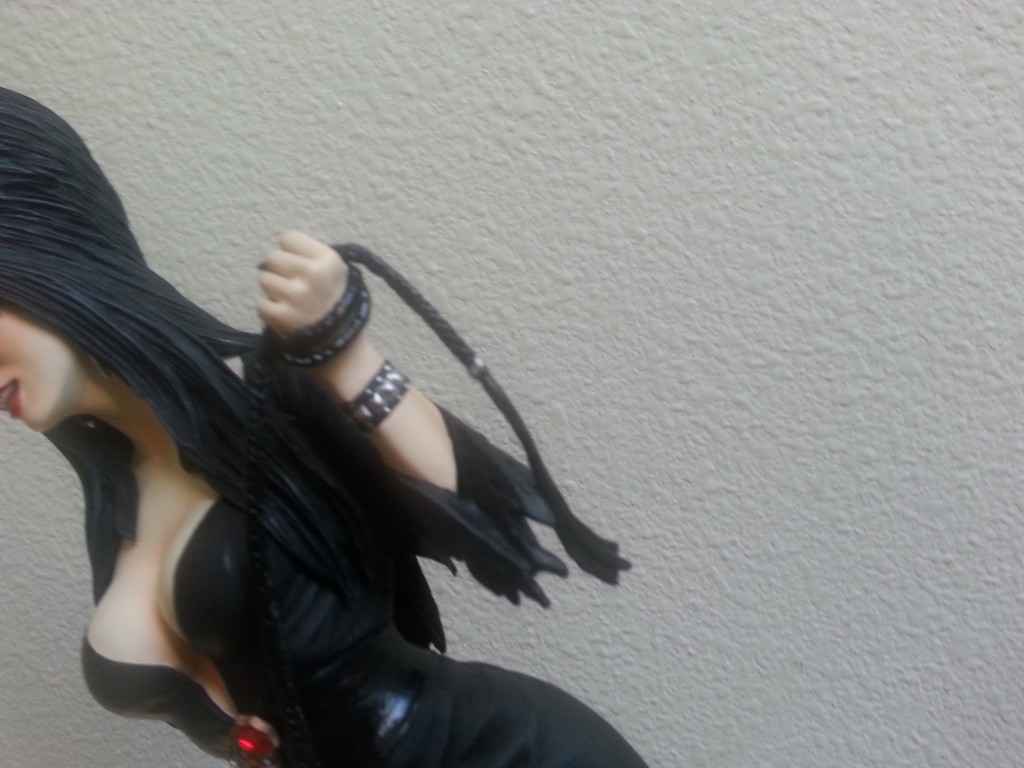 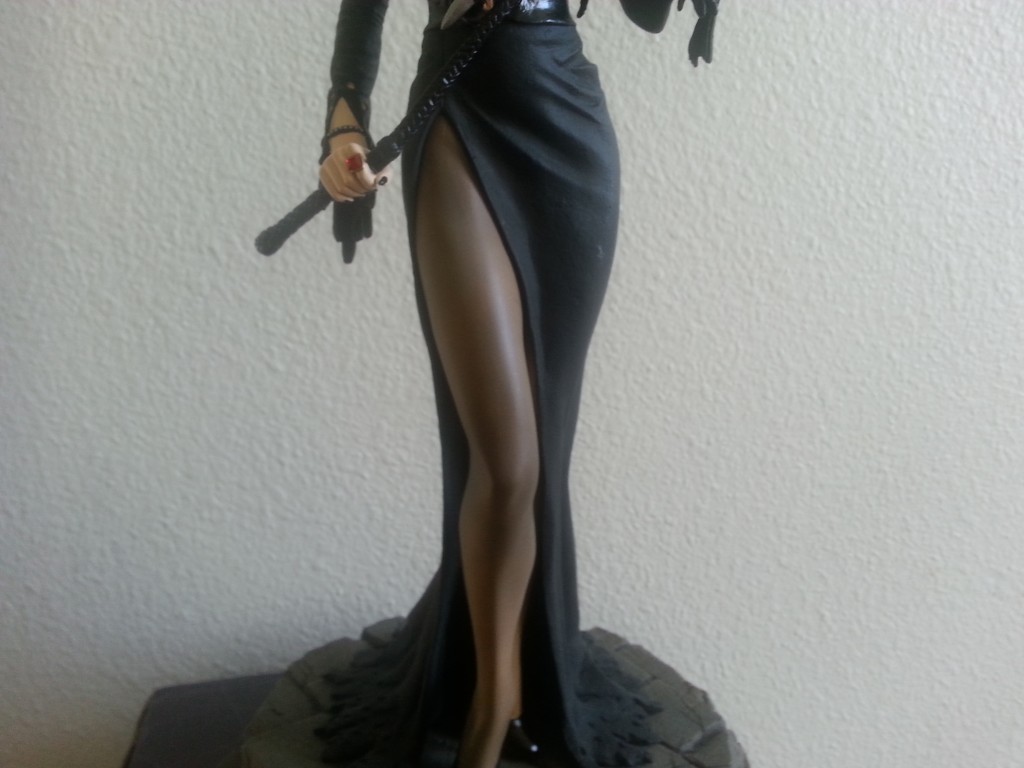 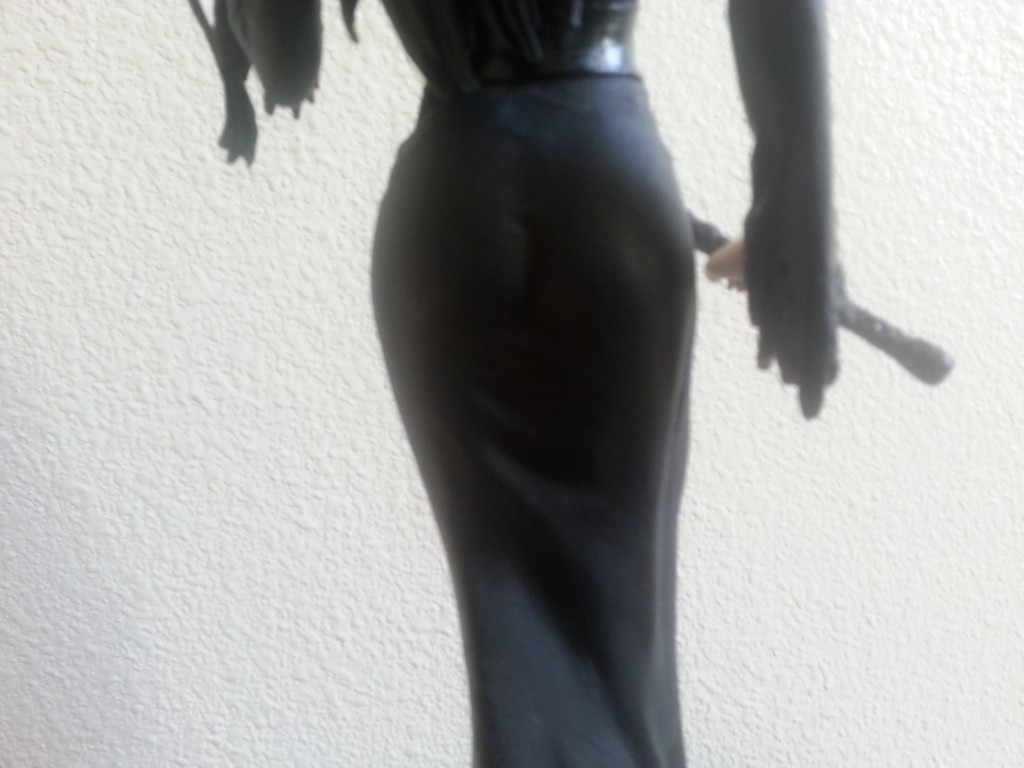 Tweeterhead has taken note as to how Sideshow ships their units which has this fanboy smiling ear to ear; extremely secure and overly cautious. For me, the outer box art is almost as important as the piece itself, for this release, it features the maquete against a backdrop of black and dark crimson. On the back of the box is Elvira pointing at her statue against a backdrop of the same black and deep crimson colors with some smoke and her classic lettering in the upper right hand corner. This is the only miss for me. I wanted a more creative box design, something to match what I think is one of the best maquettes of 2013 and hands down the best version of Elvira we will likely see for some time. However, you’ll be hard pressed to hear any complaints from me, if the only flaw is in the box-art, you’re passing this test with an “A”… dripping in blood… as Elvira quips at the corny dialogue. This is exquisite work from Colebank, Grove, and Fisher, and I can’t wait to see what they do next. 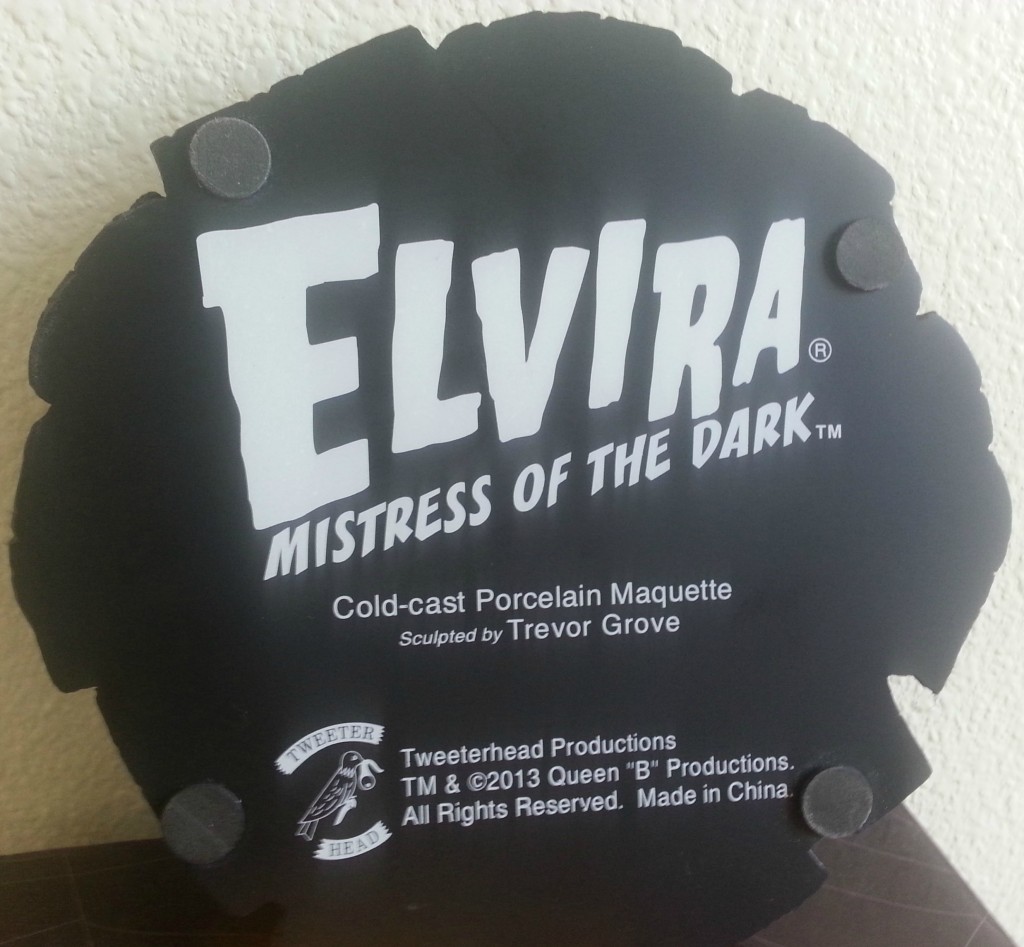 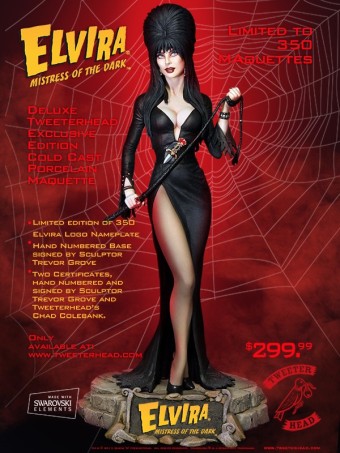