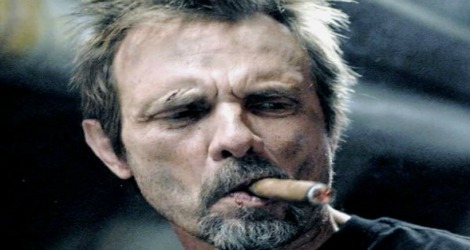 It all started when he read A REBEL WITHOUT A CREW by Robert Rodriguez. A book that talks about the making of EL MARIACHI and the fine art of guerilla filmmaking. After that, Michael Biehn decided to start making his own films, start telling his own stories and creating his own world. 2010’s THE BLOOD BOND was Biehn’s directorial debut but it’s safe to say that it will be 2012’S THE VICTIM that puts him on the map. There’s no waiting though, not for this industry vet; he’s already moving on to his next film. This time out a remake of a Spanish film called HIDDEN IN THE WOODS, the film is scheduled to start at the end of this year. Here is the trailer for the original film to give you an idea of what you’re in store for. After that, the skinny on the production. Dig it!

(Montreal, Canada) July 30th, 2012 — After premiering their new thriller The Victim on July 23rd to rave responses at The Fantasia International Film Festival, Blanc Biehn Productions announced they will be making the English language remake of Patrick Valladares’ “En Las Afueras de la Ciudad” (Hidden in the Woods) which will premiere at The Fantasia International Film Festival on August 6th. Michel Biehn will star in the remake which will be written by original writers and creators of the Spanish version of the film which was shot in Chile by Patricio Valladares and Andrea Cavaletto. Jennifer Blanc Biehn and Michael Biehn will produce. Production begins at the end of 2012 and will shoot on location in Chile.

“I am thrilled to be working with Patricio – I’ve been waiting a very long time for a project like this to cross my path!” says Biehn.

“Patricio is a ferocious new talent, very much like a young Peckinpah in the rough, crossed with Gaspar Noé” says Mitch Davis, Co-Festival Director of the Fantasia International Film Festival. “His style of filmmaking is the very definition of “explosive” and I can’t wait to see how his feature debut plays to an audience when we world premiere it at Fantasia next week. That Michael and Jennifer fell in love with Hidden in the Woods at The Fantasia IFF as madly as we have, before the film has ever had a public screening, is, to me, a hugely exciting testament to the power of his work. “

The Biehn’s new provocative and gritty grindhouse thriller The Victim, written, directed and starring 80’s horror/sci-fi icon Michael Biehn (The Terminator, Aliens, Tombstone), opens exclusively in New York City on August 24th at the Quad Cinema and in Los Angeles at the New Beverly Cinema on September 7th. The Victim is A Crimson Films Release, In Association with Pegasus Productions and PMK, Distributed by Anchor Bay Films.

Blanc Biehn Productions is the partnership of famed actors Michael Biehn and Jennifer Blanc-Biehn. The pair decided to put their passion for acting and filmmaking into creating their own production company. Most recently, the duo wrapped production for their next film, Treachery.