In his new film THE REP, our Featured Filmmaker Morgan White documents the difficulties and triumphs of those who choose to project 35mm films to a sadly decreasing number of film fans. Featuring interviews with Kevin Smith, John Waters, Atom Egoyan and George Romero, the film comes at a turbulent time for lovers of cinema, as the debate between 35mm and digital continues to rage on. Every other week our Featured Filmmakers create a list for DG, we give them no guidance, no suggestions, we just let the filmmaker create a Top 10 list based on whatever they’re feeling at the time. Morgan’s list is heartfelt, funny, and honestly, kind of sad. The fact that we’re even debating the existence of 35mm infuriates me. That’s a topic for another column though. In the meantime… dig Morgan’s list, then hit your local repertory theater to indulge in cinematic bliss courtesy of 35mm.

With prints being destroyed left and right, 35mm collectors need to act fast to get their hands on as much film as possible before it’s gone. Here’s a list of 10 films I will own someday, even if it takes me years. I couldn’t imagine a world without a way to see these on 35mm.

Fellowship OF THE RINGS and THE Two Towers 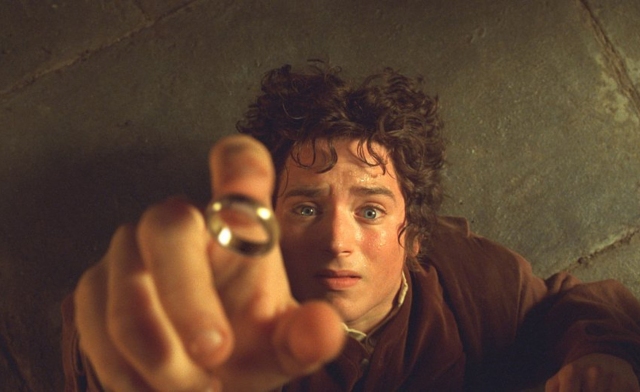 When I left for college back in 2003 I was on my own for the very first time. This, in my teenage stupidity, meant I didn’t have to answer to anyone. Within about 3 months I spent all of my summer money on useless crap. Then came the release of THE RETURN OF THE KING and a marathon screening that would feature the extended editions of THE FELLOWSHIP OF THE RINGS and THE TWO TOWERS on 35mm. Well, how could I pass that up?! So I called my Dad to ask him to order me a ticket. Having just recently seen my bank statement he said I wouldn’t be seeing anything in the theatre for a while. So, due to my own stupidity, I missed out on seeing these on the big screen. I will find them on 35mm if it kills me so that I can give that 17-year-old version of myself a chance to redeem himself. I’ve even heard there’s a 35mm print of THE RETURN OF THE KING Extended Cut that was released in Australia. I think I’ll get that too! 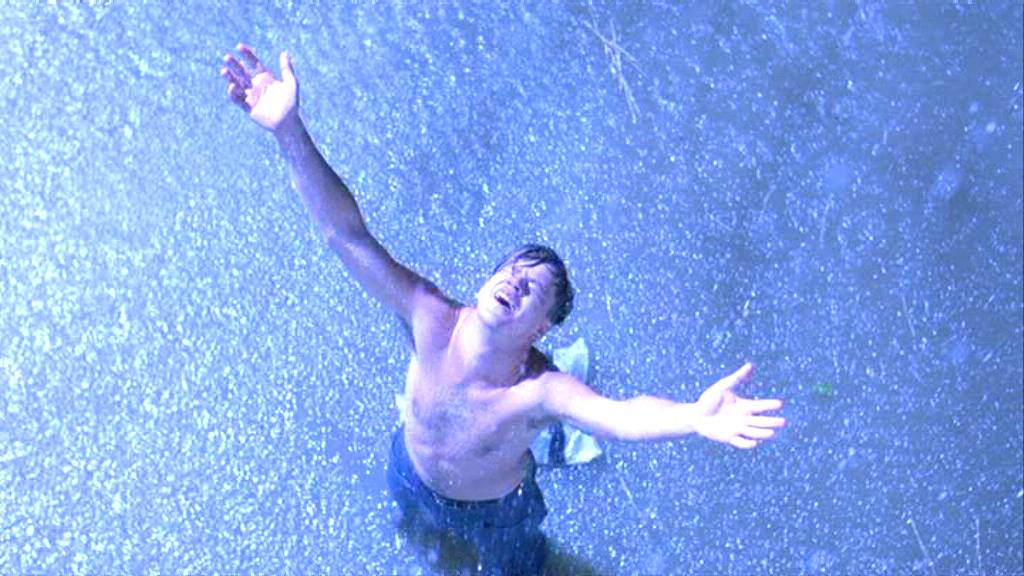 This is my favorite film of all time, and for that, I must own it on print. It’s the film that changed my life, and so I have a very hard time explaining why it’s so important for me to see it on the big screen (something I’ve never had the chance to do). It’s not something that would draw a crowd, it plays on TV almost every week, it would just be an amazing thing to sit in an empty theatre, alone with my thoughts, and experience Andy’s crawl to freedom on the big screen. 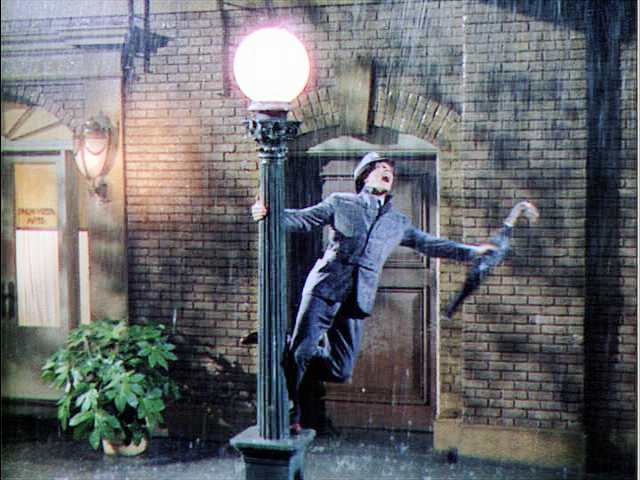 I saw a restoration print of this last year, and it was truly wonderful. Technicolor is one of the most beautiful shooting formats ever created, and I couldn’t think of a better way to watch my favorite musical than on the big screen. Warner Brothers just did a 4k restoration of it, and there’s a new DCP, so that means it’ll be harder and harder to see it on print. Nothing beats Gene dancing in the rain on 35mm. 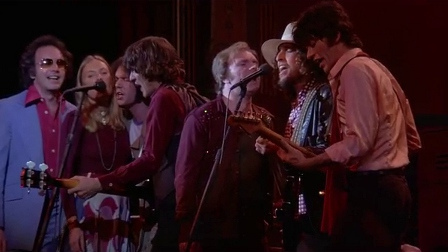 THE SINGLE GREATEST CONCERT OF ALL TIME! I spent a good 2 years looking for the vinyl of this, and when I found it I felt like I had discovered gold. I sat listening to it with Alex from The Underground (who’s also a big vinyl head), and said “you know, now that I’ve found this on vinyl, my next challenge is to find it on 35mm”. I couldn’t think of a better way to watch it than on 35mm, the format that almost killed Scorsese while making it. No one had ever pushed 35mm cameras to the extent they did while filming the near 5 hour concert. It almost seems right to give it the experience it deserves. Big and LOUD! 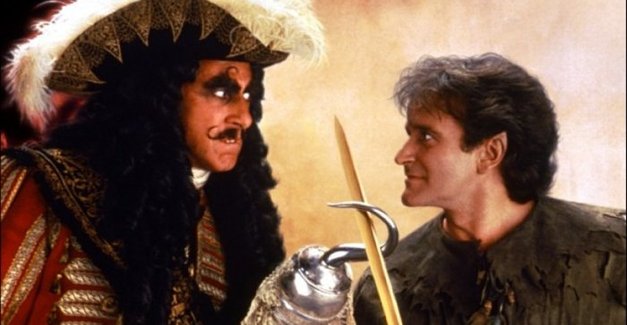 You’re probably gonna say, HOOK? Why the heck do you want Hook? Well, you sir, would be an asshole if you didn’t understand why. HOOK is amazing! Well, it’s certainly amazing to me. I can still remembering seeing it at The Station Mall theatre in Sault Sainte Marie when I was a kid. It was a truly phenomenal experience, and I just want to relive that again! 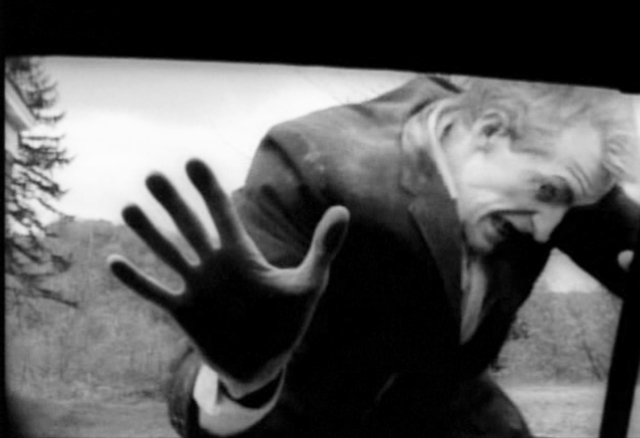 I’ll opt for a 16mm print as well. As many of you know, there is no distribution rights attached to Romero’s NIGHT OF THE LIVING DEAD, so that means you can play it when ever, where ever. That’s a pretty great thing for a Rep theatre. It’s also an amazing flick to watch with a crowd! 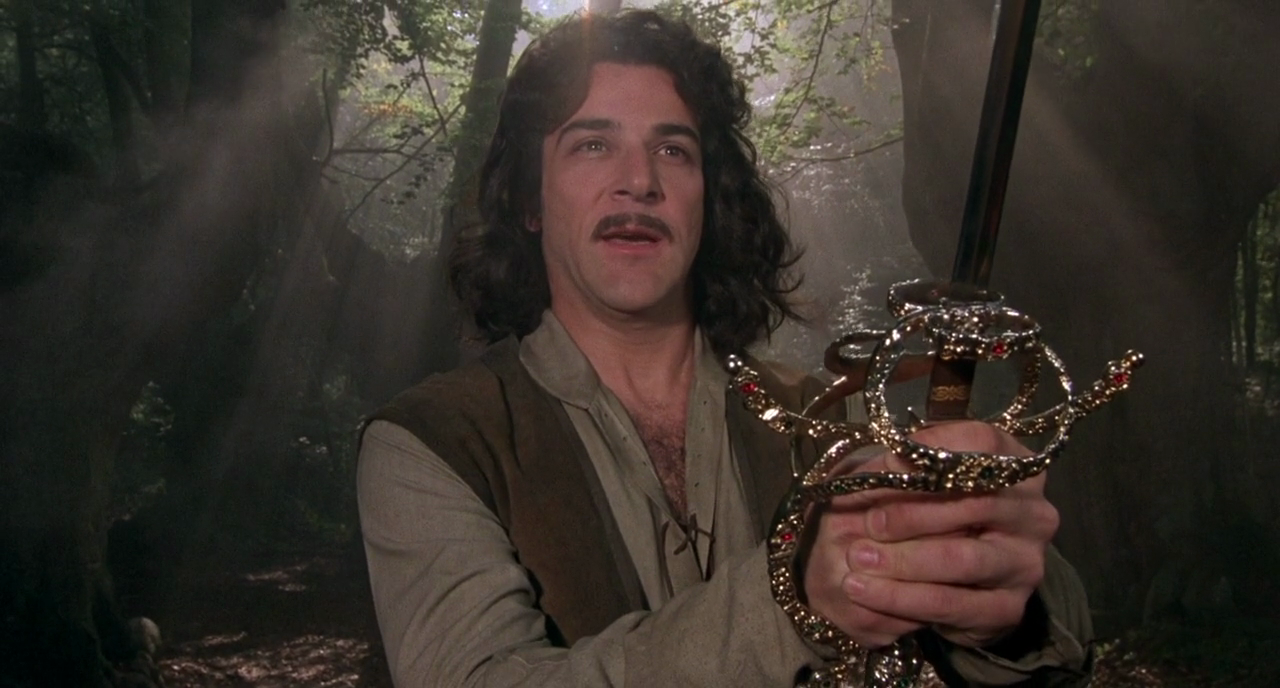 The print here in Toronto is complete shit. It’s one of the spliciest things I’ve seen. That doesn’t take away from it to me, cause I’ve seen it so many times that any missing frames are still there in my mind. I do know that a DCP exists, so that means very soon, if not now, you won’t be able to watch this truly wonderful film on 35mm here in Canada. That certainly is not “as I wish”. 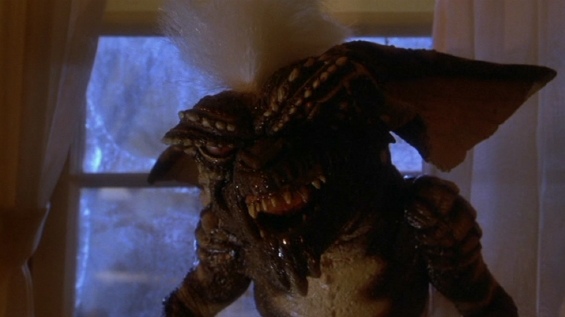 Here’s something that may shock you. There isn’t a studio release print of GREMLINS in Canada. I’m not sure if there’s on in the States, but there may not be one either. I’m sure Joe Dante’s got one kicking around somewhere. The studio junked the one that was up here. No clue why, cause it’s GREMLINS for god sakes. I couldn’t think of a better way to ring in the Xmas season than with Gizmo and rest of the Gremlins gang. Also, this is one of those times where watching an old 80s flick transports you perfectly to a time where watching a worn out VHS in your friends basement was the greatest experience of all time! All I want for Xmas is GREMLINS on 35! 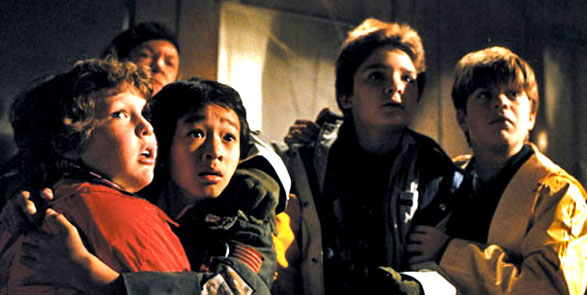 I’ve watched THE GOONIES more than any film. It’s the flick I turn to when I’m feeling shitty, and it always cheers me up! I remember being 8 or 9, and my dad letting me stay up past my bedtime to watch it on TV (I can’t believe I once had a bedtime). He said “I think you’re gonna like this one”. Oh man, did I ever! I’ve only seen it once on the big screen, and it was one of the best screenings I’ve ever been to. I saw it once on a forum, about a year ago, but I had missed it by a couple of days and I felt like crying. I’ve got a VHS, DVD, Blu-Ray and I’ll even buy a Laser Disc of it if I ever see one, but to own a 35mm print of The Goonies would make my life complete. 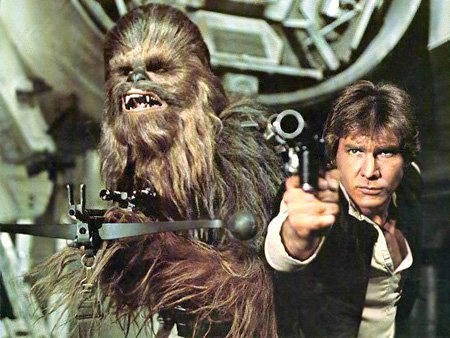 For those that know me, this one isn’t a big surprise. Also not a big surprise that it’s my #1. Emperor Lucas has massacred STAR WARS over the years, and so I couldn’t think of a better thing to own than a real deal 1977 print of one of my favorite films of all time. That being said, I can’t simply own a 1977 release print. That would be silly. It would be faded (film from certain years was printed on stock that would fade, so that’s why you see films that are red). There is a certain flavor of stock that was used in Europe called IB Tech, and it didn’t fade. That means all the colors would be intact, along with Han shooting first. I couldn’t think of a better film to watch on the big screen, but for me it has to be perfect. I’m a picky eater when it comes to STAR WARS on 35mm!

For more info on how fucking amazing an IB Tech print of Star Wars really looks like, check out: http://savestarwars.com/technicoloribscreening.html