Heav’n has no Rage, like Love to Hatred turn’d, Nor Hell a Fury, like a Woman scorn’d.

—The Mourning Bride (1697) by William Congreve

I get it, life gets in the way. Best laid plans uprooted by the demands of the world—plus there’s so much classic stuff to seek out, and new shows and films are premiering all the time all over the place. But if you still haven’t seen KNIFE+HEART—get on it. In fact, stop what you’re doing, leave work, and get yourself a copy of this film. It’s on Shudder! The Blu-ray is really cool, too! Yann Gonzalez’s queer giallo pastiche seemingly blends TORSO, HEDWIG AND THE ANGRY INCH, THE EDITOR, CRIMES OF PASSION, A LIZARD IN A WOMAN’S SKIN, CRUISING, amongst many others to create this wholly new creature that is a familiar throwback but still exciting and fresh. As part of its theatrical presentation (and on that awesome Blu-ray), the film was preceded by a thematically similar music video that Gonzalez also directed for Perez’s “Les vacances continuent.”

“Les vacances continuent” (“the holidays continue” or “the vacations continue”) is very much a seedy but stylized woman getting revenge on the type of men who take full advantage of the patriarchy. Displacing her grief over a failed relationship into an incredibly gory rampage, the protagonist (played by Kate Moran, also in KNIFE+HEART) walks through exquisitely lit alleys and grimy motel rooms as she unleashes her pent up fury. There’s lots of use of throwback filters, aspect ratios, combined with the getting-overused-but-still-cool-when-done-well-by-good-artists Bi Lighting technique, once again shows Gonzalez evoking a retro vibe while creating something modern.

Made by French musician Perez, “Les vacances continuent” originally came out in 2014 before being used in conjunction with KNIFE+HEART. The artist does make a nice cameo in the music video as a talking head on a TV screen multiple times throughout. 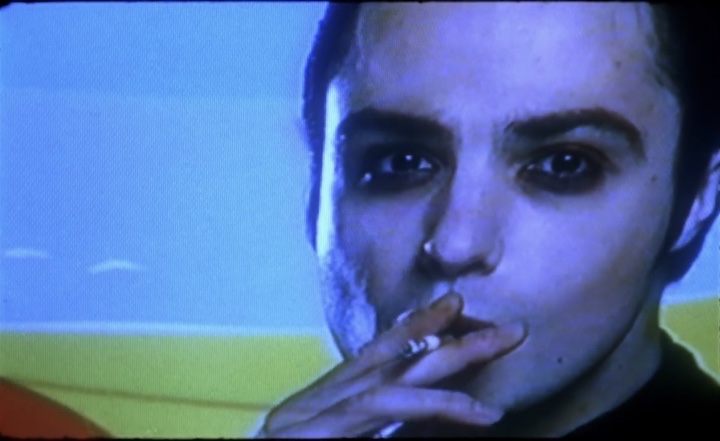 It should be noted—there is no sex or swearing or nudity (per se…), but there is graphic violence with arterial sprays, castration, beheadings, disembowelments, and more. It’s over the top and so hyper-stylized that it’s not particularly disturbing, but discretion is advised (especially if you’re at work). You’ve been warned, but please enjoy “Les vacances continuent.”