What do you so when you have a weekend, twenty-two thousand dollars, a set, and Jack Nicholson? Why, you make a movie of course. Or at least that’s what b-movie maestro Roger Corman did back in 1960. It’s the classic story of boy meets girl, boy gets plant, plant likes blood, boy feeds plant blood, boy feeds plant dentist, boy and girl fall in love, plant eats girl, plant eats boy, the end.

Such is the story of LITTLE SHOP OF HORRORS. A goofy and fun b-movie that somehow inspired writer Howard Ashman to turn it into an off-Broadway musical. Of course, when you have a successful musical, you transform it into a movie. With Muppet legend Frank Oz at the helm, and the Henson Creature Shop in charge of the movie’s floral centerpiece, producer David Geffen and Warner Bros. unleashed LITTLE SHOP OF HORRORS onto an unsuspecting public in 1986.

I was only ten when it debuted on HBO, where I first saw it. I wasn’t prepared for a full blown musical, especially with a title like that. Sure enough though, that’s what I got, and I fell in love with it!

With LITTLE SHOP OF HORRORS being a musical, the most important thing is, of course, the music. Thankfully, it is filled with a number of memorable songs that you will remember long after the credits roll. The titular song, “Little Shop of Horrors,” is an upbeat prologue laying the groundwork delivered by the Greek chorus/Motown outfit (named Chiffon, Crystal, Ronette after the Phil Spector produced groups and played by Tisha Campbell, Tichina Arnold, and Michelle Weeks, respectively) . Once we’ve been introduced to our characters, and the titular plant as well (Audrey II, eventually voiced by Levi Stubbs of The Four Tops), we move into “Grow For Me,” where our nebbish Seymour (Rick Moranis) discovers that the plant he bought from an old Chinese man (for $1.95, no less) following a total eclipse of the sun, has a very peculiar diet. After enjoying some of Seymour’s ruby rich blood, Audrey II indeed does grow. 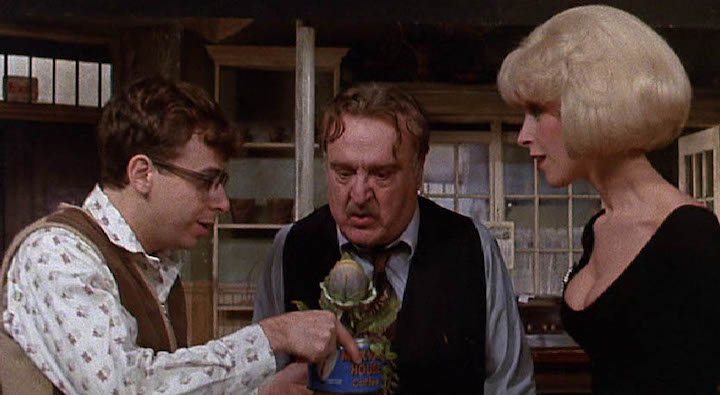 With Audrey’s growth also comes with it success for Mr. Mushnik’s (Vincent Gardenia) flower shop. However, not everything is smelling like roses. Audrey (Ellen Greene, not the plant) arrives to the store sporting a black eye and her arm in a sling. Who could have done this to our lovely bombshell? Who would get such pleasure from causing pain to others?

Meet Orin Scrivello, DDS (played by Steve Martin). Cruising down the road on his big ass Harley, telling the world how a young boy, who loved his mother, could grow up to be such a sadistic bastard. Of course, this being a musical, he’s gonna tell the whole world in song, and that brings us to my personal favorite piece from LITTLE SHOP OF HORRORS, “Dentist!” The glee that Martin takes in this role is delightful. You can tell he’s giving it his all as he belts out all of the horrible things he’s capable of. He’s such a sadistic bastard.

As gleeful as he is to watch, he quickly turns sinister when you see just what he is capable of, and how abusive and violent he is towards his girlfriend, Audrey. His despicable actions, make the audience that much more hungry for some blood, and their patience is about to pay off.

Seymour has learned that Audrey II has developed an appetite for more than just blood. How did he learn this? Oh right, the plant told him. In song. Yes, it can sing, and in “Feed Me,” Audrey II opens Seymour’s eyes to all the possibilities for success by simply killing a person or two for the vegetable. But, who does Seymour know who might deserve to die?

Looking out the window, Seymour’s face turns red with anger as he watches Orin berate and abuse Audrey. He now knows who to feed to his hungry plant. Through a twist of karma and fate though, the doctor manages to self-asphyxiates on nitrous oxide, thus saving Seymour of having to do the deed himself. With Orin dead, and a VERY hungry plant getting impatient, Seymour dismembers the (not so) good doctor into bite sized chunks for his carnivorous plant.

The murder and mayhem continue as Mr. Mushnik becomes the next victim after attempting to blackmail Seymour. Meanwhile, Seymour is discovering a world of fortune and fame with his man eating plant, but at what cost?

Still hungry, Audrey II attempts to feast on his namesake, Audrey, and lures her into his tentacles. Our hero manages to save our heroine, and in the process, learns about Audrey II’s plan for world domination, and setting up the final confrontation between man and plant! Thus brings us to the only song written exclusively for the film, “Mean Green Mother (From Outer Space).” The confrontation isn’t much of a battle though, as Audrey II dominates Seymour, destroying the flower shop. Unfortunately for the plant, he has exposed the power cables in the store, which Seymour ultimately uses to blow up the plant, with a beautiful “Oh shit!” to cap it all off.

The world has been saved, and Seymour and Audrey go to live happily in their ’50s fantasy pastel home.

This was one of my earliest exposures to both musicals (especially ones that weren’t of the Disney variety), as well as horror. Many of the songs are memorable, with “Dentist!,” “Feed Me,” and “Mean Green Mother (From Outer Space)” being the highlights. Songwriter Alan Menken would earn his first Academy Award nomination for Best Original Song for “Mean Green Mother (From Outer Space).” Menken would go on to much bigger success when he started writing songs for the Disney Renaissance of the early ’90s.

Test audiences didn’t agree with the original finale. Instead of seeing our heroes triumph, our two leads get eaten by the plant, who then goes on to world domination in the song “Don’t Feed the Plants.” The sequence is a marvel of puppetry and miniatures. The audience hated seeing Seymour and Audrey die. Warner Bros hurried to change it for the main release.

The original ending has been fully restored and added back to the movie for the current blu-ray release, with director Frank Oz’s blessing. I still prefer the theatrical ending from a pacing standpoint, but I cannot discount the achievement of the original finale.

Thanks to HBO and the rising home video market, LITTLE SHOP OF HORRORS found success, and has become as much (if not more) of a cult favorite as the 1960 original. It was definitely one of the gateways for my horror upbringing, as well as my enjoyment of offbeat musicals. 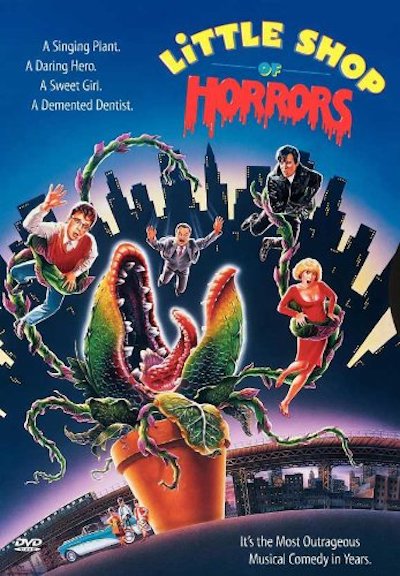 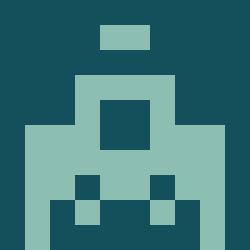 Matthew Anderson
Matthew Anderson hails from the land of beer and cheese, Madison, WI. He grew up a movie fan, with THE EMPIRE STRIKES BACK being the first movie he ever saw in the theater. His day job sees him as a photojournalist for one of the TV news stations in Madison. In addition to watching movies, he always likes to find time to play video games, read comics, or listen to “Weird Al” Yankovic.