“We knew it wouldn’t work, even before we met her.” – Arthur, in BEGINNERS (third character from right on poster).

BEGINNERS is a delicate, sensitively-observed, beautifully-acted, artistic, entertaining, relatable and honest movie about love and the kind of human beings who hope to find it.  So it’s no surprise that two people at my screening stormed out at the half-hour mark.

BEGINNERS tells the story of a Los Angeles artist and album-cover designer (Ewan McGregor) whose new relationship is hampered by the weight of his past.  As he meets and gets to know a lively young woman (with Mélanie Laurent from INGLOURIOUS BASTERDS) who seems to have much to do with his future, he works through the recent loss of his father (the great Christopher Plummer), an idiosyncratic man who came out of the closet at the age of 75 and lived for a few years as an openly and happily gay man before succumbing to cancer a couple years later.  The father has a much younger lover (Goran Visnjic), who in one of many flashback scenes comes to visit the father in the hospital, and gives him a quick, sweet kiss on the lips.

That’s when the elderly couple at the screening got up and left, not quietly.

Obviously, they were offended by yet another case of Hollywood ageism, where yet another older male movie star gets paired up with some hot young thing.  Why couldn’t Christopher Plummer’s character have a more age-appropriate boyfriend, right?

What’s that, you say?  That isn’t it?  You mean to imply that those people are just another pair of bigots?  [Sigh.]  Yeah, probably.  Well, maybe if there were more movies like BEGINNERS, there’d be less people like those.

BEGINNERS is such a democratic, open-hearted movie.  There are no bad guys.  There isn’t even much blame to be assigned.  The drama in the story comes from Ewan McGregor’s Oliver struggling with the loss of a father he was really only beginning to get to know, his lamentation over the dispassionate marriage his parents maintained for more than four decades, and his inability to maintain a warm, loving relationship of his own, despite wanting to.  Oliver is an essentially lonely character, a romantic who yearns to love and be loved, but also a realist who knows that all things end so why begin something that is bound to end in sadness?  He does have friends, and the friends seem very fun and likable, but he doesn’t feel able to fully share in their lives, and is reluctant to be direct and honest with them.  When he meets a woman he cares for deeply, he makes all kinds of wrong moves, despite how drawn to him she is.  He almost can’t mess it up, which is why he goes about doing it as if it’s his job.  I don’t have a gay father or a French actress girlfriend, but otherwise I completely recognize this character.  I resemble this character.  This movie speaks to me, in a very direct and specific way.

When Christopher Plummer’s Hal dies, Oliver inherits his father’s beloved dog, a Jack Russell terrier named Arthur.  Oliver’s scenes with Arthur go beyond the standard ingratiating boy-and-his-dog scenes in movies.  Arthur is not just the only confidant who Oliver can trust (in an inspired and surprisingly effective conceit, Arthur “speaks” to Oliver via subtitles), but also a gateway figure wherein Oliver displays the affection and attentiveness that he is capable of bestowing upon other human beings, but incapable of expressing.  When a movie is so well-acted that even the dog gives a great performance, you know you’re dealing with something special.

The main weight of the movie is carried by Ewan McGregor though, and quite capably.  McGregor is an uncommon film actor, whose work means a lot to me:  I grew up on the movies he made with Danny Boyle, and MOULIN ROUGE! was one of my top ten movies of the previous decade, due in no small part to McGregor’s emotional sincerity and convincing investment.  McGregor seems to work less often these days, or at least he chooses projects that are lower in profile (such as the unfairly overlooked I LOVE YOU PHILLIP MORRIS from last year).  In BEGINNERS, he takes on a deceptively difficult job:  His character is moody and withdrawn, an emotional being who isn’t outwardly demonstrative.  It must be difficult to carry so many scenes and keep a movie compelling and watchable when the main character is so sullen and introspective, but McGregor achieves it and then some.

The other actors are quite wonderful as well, Christopher Plummer most predictably so.  Plummer is a venerable stage and screen actor with a career spanning decades, but he is still clearly invested in taking roles that can’t be considered easy business.  Here he plays a man who suppressed his true self for years and was only briefly able to enjoy his coming out.  Plummer plays that melancholy and joy and melancholy perfectly, in far fewer scenes than might be expected from the plot summary.  He also conveys the interesting shading to the character, the darkness of years lived under the burden of societal pressures and the pain of having denied affection to a woman he loved but not as a husband.  Mary Page Keller has a few brief but very affecting scenes in flashback as Oliver’s mother, a woman who began to crack under the stresses of an ultimately unfulfilled life.  The excellently-named Keegan Boos also does a creditable job as the young Oliver (and the young Ewan McGregor), who has to watch two unhappy and unknowable people, and who is doomed to repeat many of their worst habits unless he can somehow stop the slide.

Mike Mills is a graphic designer and video director who has made many short films and one feature before now.  This has to be considered a major artistic leap forward, since his sense of casting and direction of lead actors and supporting players alike is on the level of someone like Paul Thomas Anderson.  The sense of place in BEGINNERS is similarly tangible and evocative:  Mills and his cinematographer, Kasper Tuxen, shoot my old stomping grounds of Silver Lake in a style that makes it both recognizable and dream-like.  The way that Mills has BEGINNERS drift between past and present, to the point where the exact chronology gets confused (but isn’t that how memory works anyway?) is equally impressive.  And the way that he incorporates his own wonderful artwork into the film – Oliver’s artwork is done by Mills himself – makes the movie all the more personal and thus all the more believable and true.  BEGINNERS is maybe not a ‘perfect film, but maybe that’s just another reason why it’s one of the better movies of 2011 so far, and surely the most honest.

For fun, I like to imagine those two disappointed customers from my screening, and how they could possibly justify their disgust in this movie.  Picture them standing at the ticket counter, trying to get their refund:  “We had no idea this movie would be so graceful, sensitive, and endearing.  It’s one of the better movies of 2011 so far, and surely the most honest.  Now give me back my money!”  Or going back to their small-minded friends and hopefully, their more enlightened grandchildren, to complain endlessly:  “What a despicable movie.  When those two characters who loved each other shared that kiss that lasted all of five seconds, I grabbed Ethel and stomped right out the door.  What in tarnation is this country coming to?  For shame!” 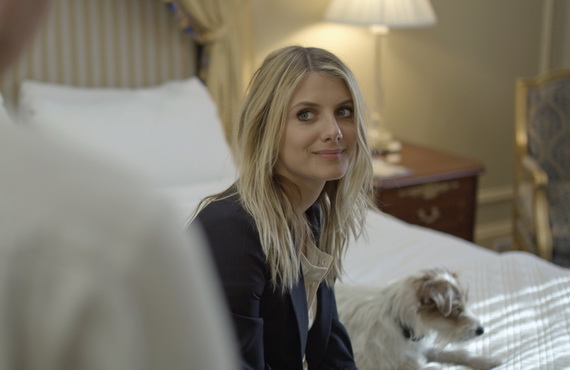 BEGINNERS is playing this evening at the Museum Of The Moving Image. This review is what I posted to my personal site on July 7th, 2011. Still feel the same way; maybe even stronger.