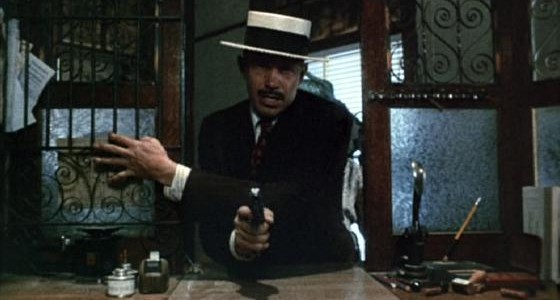 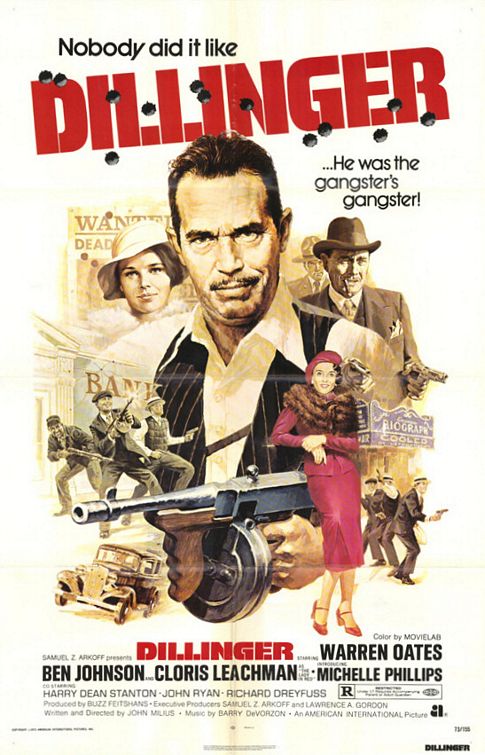 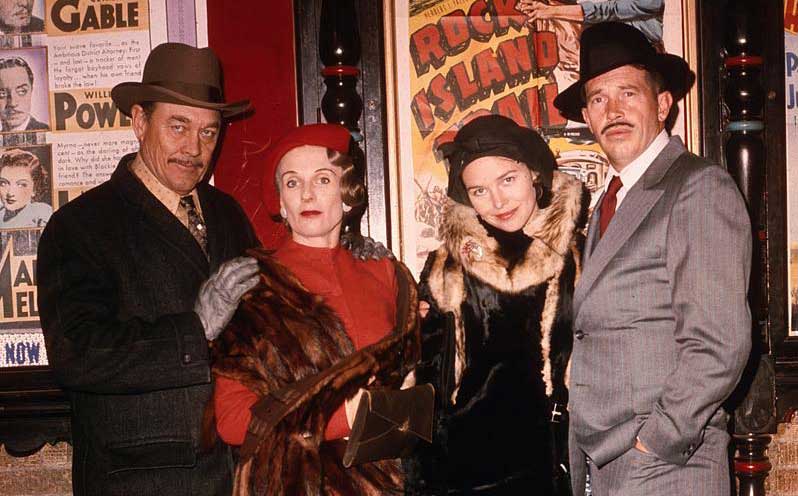 To all those who enjoyed Michael Mann’s PUBLIC ENEMIES, and even to those who didn’t,  a somewhat lesser-known treat: John Milius’s DILLINGER, from 1973, starring Warren Oates as bankrobber John Dillinger and Ben Johnson as lawman Melvin Purvis. 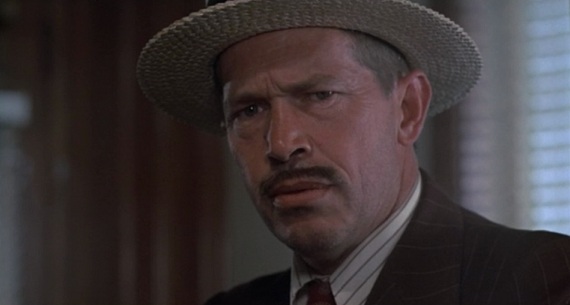 There have been countless cinematic treatments of the Dillinger story, but this one is one of the most purely entertaining.  It was written and directed by John Milius, a contemporary of Spielberg’s and Scorsese’s whose work is a bit of a fascination of mine.  Milius co-wrote a DIRTY HARRY sequel (MAGNUM FORCE) and some scenes in JAWS, and directed the first (and best) CONAN THE BARBARIAN movie, among other things.  He was also the inspiration for John Goodman’s character in THE BIG LEBOWSKI.  So anything from the mind of Milius is worth parsing, to me. 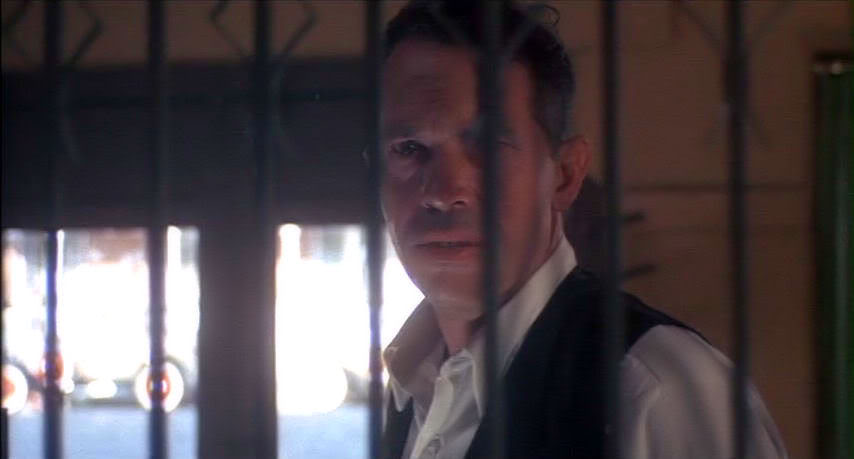 As Michael Mann’s newer Dillinger movie illustrates, a cops-and-robbers flick is always at its best when it’s about two equal but opposing forces.  Milius’s movie has two incredible character actors centering his Dillinger film.  Warren Oates is best known to younger generations as Sgt. Hulka from STRIPES, but in the decades before that, he built up a stunning career of dirty, often ugly character-actor performances.  He’s sure not the prettier, more romantic Dillinger that Johnny Depp created, but he sure is equally compelling, if not moreso. 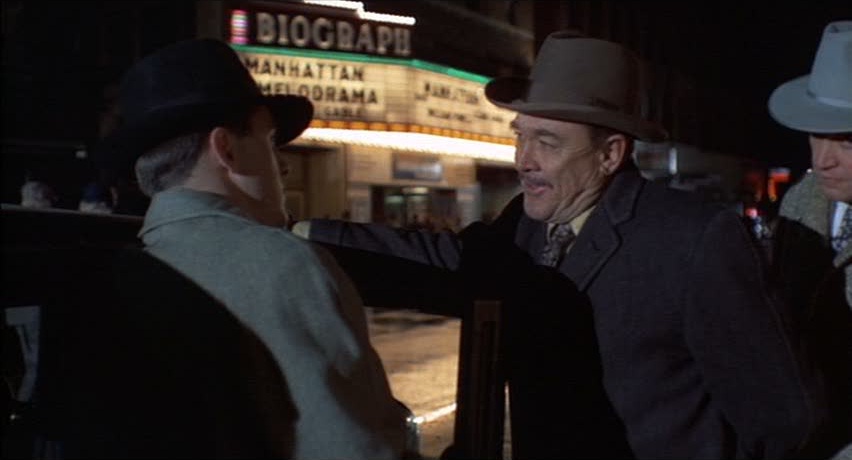 Against him is the eternal Ben Johnson, the definition of a veteran actor who worked for the majority of the twentieth century.  Johnson was a large and amiable figure in literally tons of movies, mostly Westerns, mostly for John Ford.  He’s not prettier than Bale, but he smiles way more often.  Casting Oates and Johnson against each other is as watchable and as American as fireworks on the Fourth of July.  For fans of great movies, the casting has an added punch since only a couple years earlier,  in 1969, Oates and Johnson played the marauding Gorch brothers in Sam Peckinpah’s masterpiece, THE WILD BUNCH.  That cinematic memory only informs the experience of watching DILLINGER — to fans of THE WILD BUNCH, DILLINGER may carry a vague feeling of brother-against-brother. 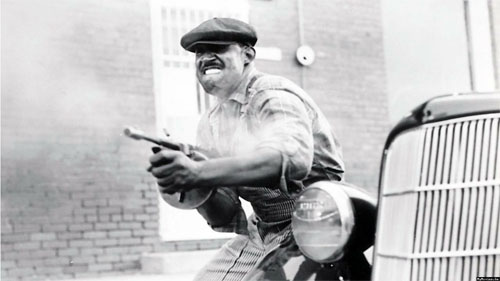 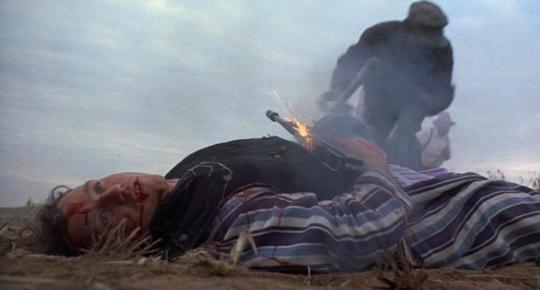 As that aforementioned pleasure implies, this is definitely more of a guy’s guy movie; whereas PUBLIC ENEMIES was constructed much more as a romantic story.  But for fans of guy’s-guy love-story movies, DILLINGER is almost a necessity, and anyone at all who enjoyed PUBLIC ENEMIES will find the similarities and contrasts to be eminently absorbing. 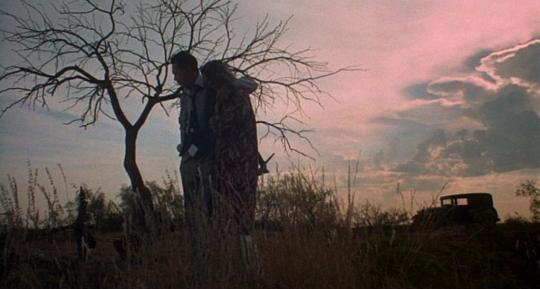 DILLINGER is tough to find on DVD and rarely screens anywhere, but Netflix occasionally has it.  Sometimes it’s available, sometimes it’s not.  (Netflix and DILLINGER apparently have a stormy relationship.)  New Yorkers can see it today at the Film Forum, alone or as a double-feature with the 1979 Don Siegel/ Clint Eastwood picture ESCAPE FROM ALCATRAZ. Well worth the effort. 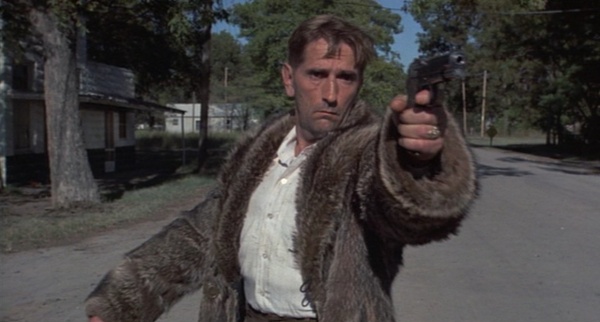