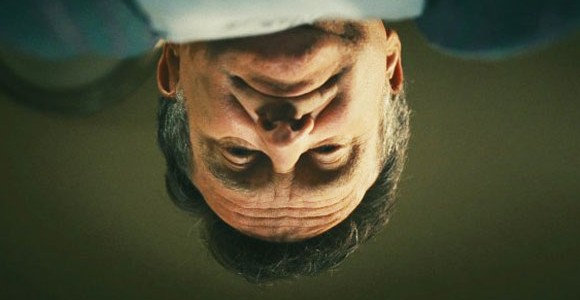 Thinking about Robin Williams today, on a date which would have been his birthday, nearly a year since he’s been gone. It’s a fine occasion to revisit one of his finest, most nimbly comic and surprising roles.

Conclusive proof that you can never entirely write off anyone, WORLD’S GREATEST DAD was written and directed by Bobcat Goldthwait, who has actually had a very successful TV directing career (on Chappelle’s Show, many among others), but will probably, unfairly, always be best known as the annoyingly “Grover voice” comedian from POLICE ACADEMY 2 and HOT TO TROT (the ‘80s movie with John Candy as the voice of a talking horse.)

WORLD’S GREATEST DAD stars Robin Williams, the comedian of remarkable energy and career longevity who has been harshly derided for his choice of projects for the past couple of decades.  I have always liked Robin Williams a lot, like every other reasonable person, but it is admittedly impossible to defend the majority of his cinematic output.  For someone who is that talented, there are a lot of shitstains on that resume.

In this movie, Robin plays Lance Clayton, a failed novelist who is stuck teaching poetry at the high school level.  He’s a single parent whose teenage son Kyle is a perverted, mean-spirited little asshole.  When would-be tragedy befalls the Claytons, Lance finds an opportunity to have his words heard on an increasingly larger stage.

I’m keeping the description as vague as I can, but trust me, this movie goes boldly into some dark, dark places.  It’s pitch-black satire that was amazingly prescient for this past summer, in the way that our modern culture’s tendency to sentimentalize the recently departed went into hyperdrive.

(Specifically, WORLD’S GREATEST DAD made me think of Michael Jackson and the way the public perception of him went from “creepy, nose-less, possibly kid-fondling freak” to “beloved, prodigiously-talented national icon” in the span of one morning.  Death was Michael’s single greatest career move.)

WORLD’S GREATEST DAD is unusual in its eagle-eyed observations of human (mis)behavior, and interestingly enough, as nasty and cruelly funny as it is, there are rare moments of weird and tender sweetness flavored in throughout.  Robin Williams is at his sad-faced best, and Daryl Sabara as his lost little shit deserves tons of credit for being willing to be so unlikable onscreen at such a young age.  Bold performances both.

I’m not at all reluctant to proclaim that Bobcat Goldthwait has a masterly command of comedic tone here; he navigates dangerous thematic terrain without ever losing audience interest or empathy.  Between this and his earlier feature STAY (released as SLEEPING DOGS LIE), he’s got something of an auteur career going:  He has an uncanny ability to craft believable story development from shocking and disgusting inciting incidents. He also has a way with music cues – the climactic double-whammy of “Under Pressure” by Queen & David Bowie and “Tiny Spark” by Brendan Benson provide a bizarrely exuberant backdrop for the thrilling liberation of self-destruction.  In a way I was reminded by the brilliant use of “Where Is My Mind?” by the Pixies at the end of FIGHT CLUB – there’s a similar nihilistic optimism at work here.  WORLD’S GREATEST DAD, like STAY (which felt like a strong warm-up exercise for the polish of the newer movie), both relish in the freedom that is found through truth-telling, as risky and potentially destructive as it can be.  Sometimes you have to tear it all down to feel truly refreshed.

WORLD’S GREATEST DAD is now available on Blu-Ray and DVD and is currently streaming on Netflix Instant.  Watch it with your dad.  (I did with mine!  Honestly, it was pretty awkward. Maybe don’t do that.)