Here’s what I wrote about WHITE DOG when it was re-released on DVD by the Criterion Collection: 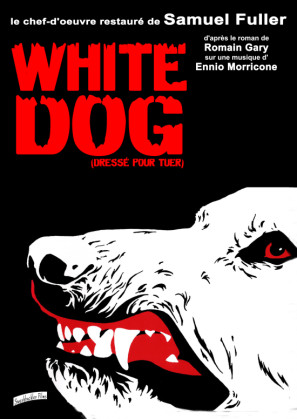 As you couldn’t possibly have guessed just from the title and the poster image above, this is the story of a racist dog: Basically, a young actress (Kristy McNichol) living in the hills of Hollywood, finds a German Shepherd, white as the blank page, who is sweet and loving, but, she eventually finds out to her horror, trained to attack at the sight of black skin.  If the premise sounds like a toss-off joke from a Dave Chappelle sketch, that’s because it eventually became exactly that. But this is a more sober, somber treatment of the concept.  WHITE DOG was released in 1982 by Paramount Pictures and was promptly misunderstood by the majority of the viewing public. It was directed by Samuel Fuller, co-written by Fuller and Curtis Hanson. 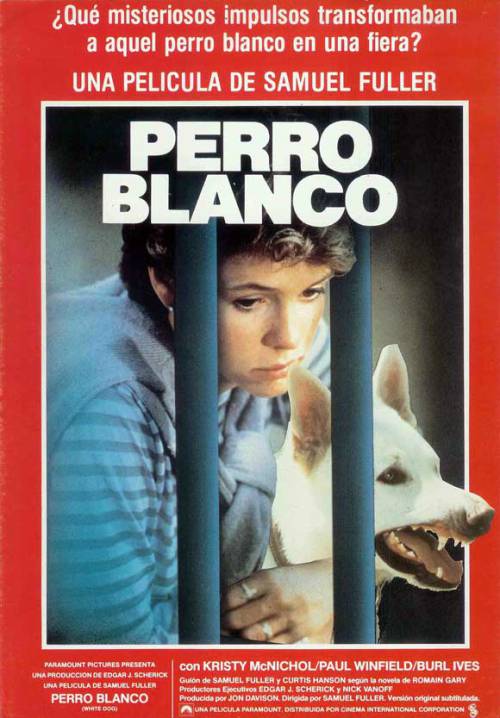 Now, here is really a case where the IMDB is your friend. There’s a whole world of Hollywood stories happening in this credits scroll. Curtis Hanson, of course, went on to become the acclaimed director of LA CONFIDENTIAL and 8 MILE. The composer of the eerie, haunting WHITE DOG score is Ennio Morricone. The prosthetic effects were done by Stan Winston, among others. The cinematographer is Bruce Surtees, a frequent collaborator of Clint Eastwood (HIGH PLAINS DRIFTER) and Don Siegel (DIRTY HARRY).  The producer is Jon Davison, who later produced ROBOCOP and STARSHIP TROOPERS, and it turns out in the supplemental Criterion documentary, one hell of a raconteur. The second assistant director is Daniel Attias, who in addition to a long television career, took what he learned from WHITE DOG to develop further canine themes in Silver Bullet. 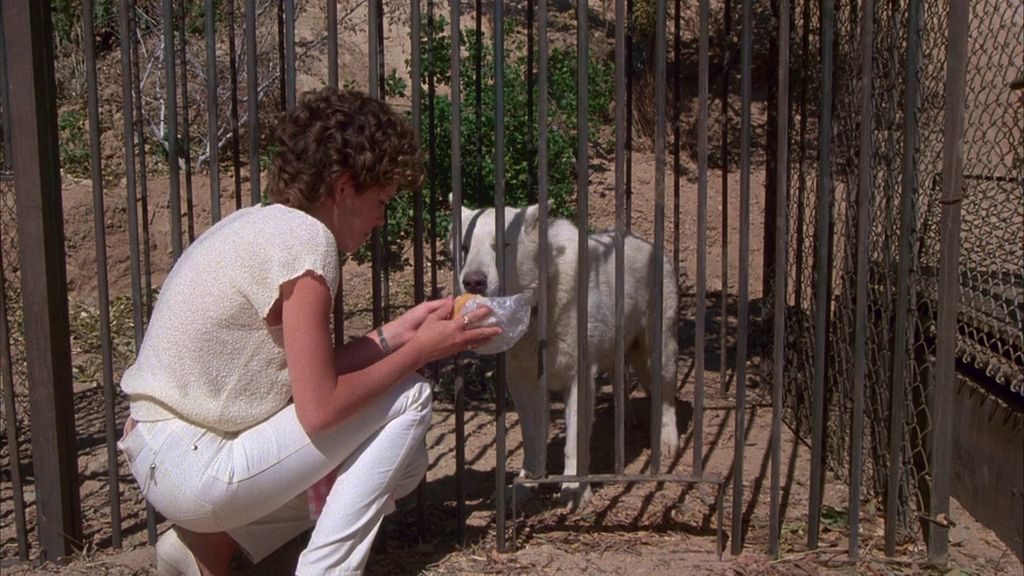 But the key name in the credits is Sam Fuller, a name well worth seeking out. His work is generally consistent in taking loud, kinetic, possibly exploitative material and finding moments of depth and poetry within. Honestly, I still am catching up on Fuller’s filmography, but so far, I’d say WHITE DOG fits in there neatly, though sadly towards the end of it. How fascinating that this is the movie he made directly after his World War Two masterpiece, THE BIG RED ONE (which you should rush to see if you haven’t yet – one of Lee Marvin’s best-ever roles and a superior treatment of that point in history.) 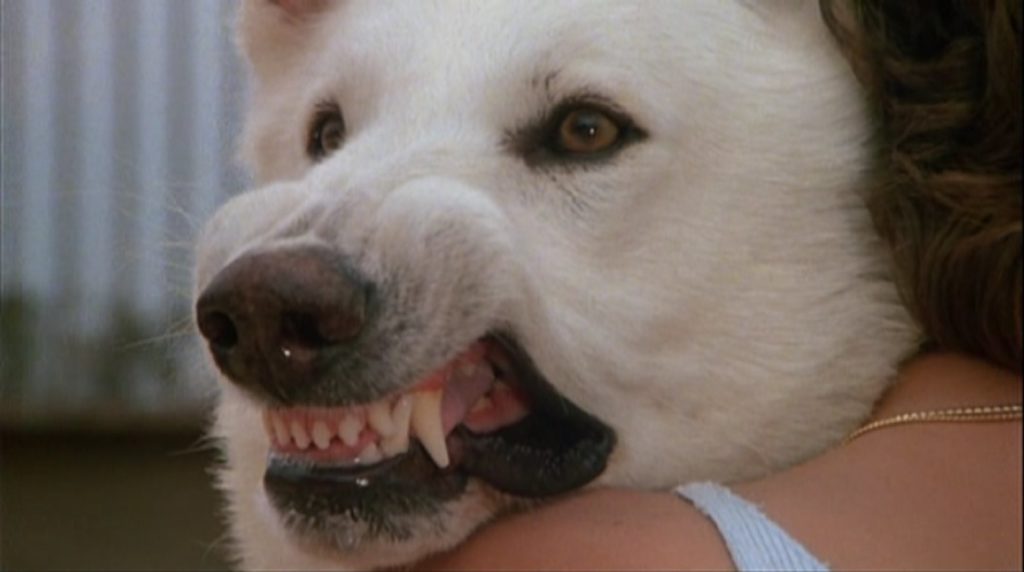 Fuller treats the pulpy, outlandish-yet-realistic premise just right, I think. Like the actress character, you love the dog and want it to “get better” – to rise above its training. When the dog stops being tender and protective and goes on its vicious attacks, it’s horrifying. It’s amazing how blatant the metaphor is, yet how powerful and affecting at the same time. That is the intangible work of a master filmmaker, although it also has a lot to do with the grounding performance of veteran character actor Paul Winfield (you’d know him if you saw him) as Keys, the expert trainer and “deprogrammer” who takes on the white dog as his mission statement. I don’t have enough superlatives to lay on this performance – he really convinces. 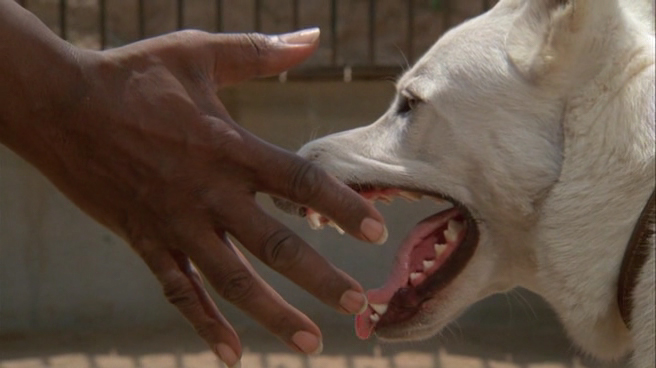 Anyway, most of the joy of discovery is in surprise, so I won’t describe more than I already have. If my recommendation counts for anything, and even if it doesn’t, check WHITE DOG out. I’d be interested to see what kind of conversations it starts. 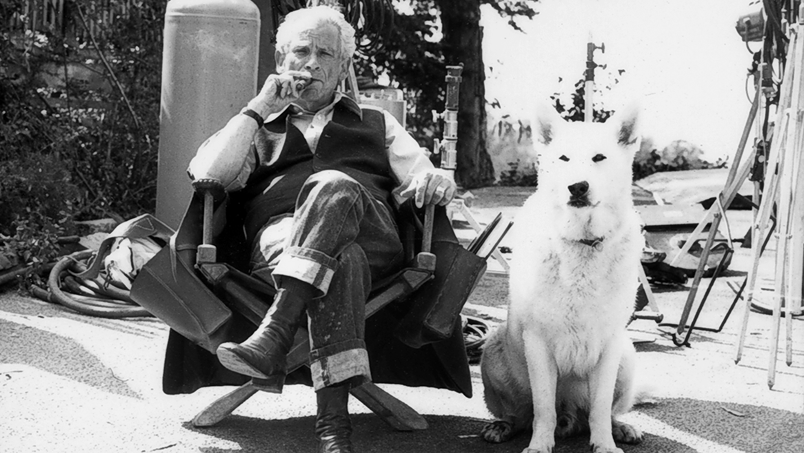 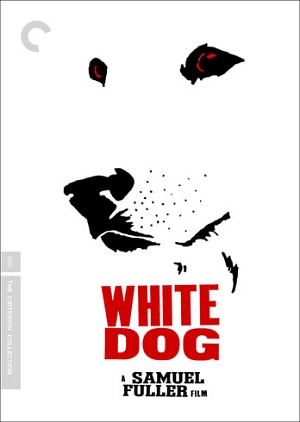