Home  ⁄  The Wire  ⁄  [Movies Of The Future] THE UNKINDNESS OF RAVENS

An intriguing horror film had its premiere on Saturday, August 27th at FrightFest in London.

THE UNKINDNESS OF RAVENS was the highest funded British horror film backed on Kickstarter, raising just over £44,000 (roughly $57,600). If this NSFW trailer is any indication, all the money is up there on the screen. 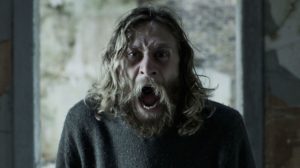 What initially seems to be a psychological drama about a British military veteran suffering from PTSD veers into bloody horror of the very graphic kind. Director Lawrie Brewster described the film by saying, “…imagine THE WICKER MAN and HELLRAISER combined into some kind of heinous screaming beast and you’ll be about there.” 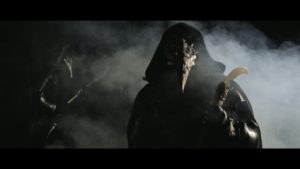 Based on the trailer, it looks like you could also throw in a little bit of THE KEEP and THE BEASTMASTER. If THE UNKINDNESS OF RAVENS is anywhere near as bonkers as it appears to be, it will be one worth looking out for. We will keep our eyes and ears open for any distribution information.

Tags: Hellraiser, Lawrie Brewster, The Beastmaster, the keep, The Unkindnness Of Ravens, The Wicker Man