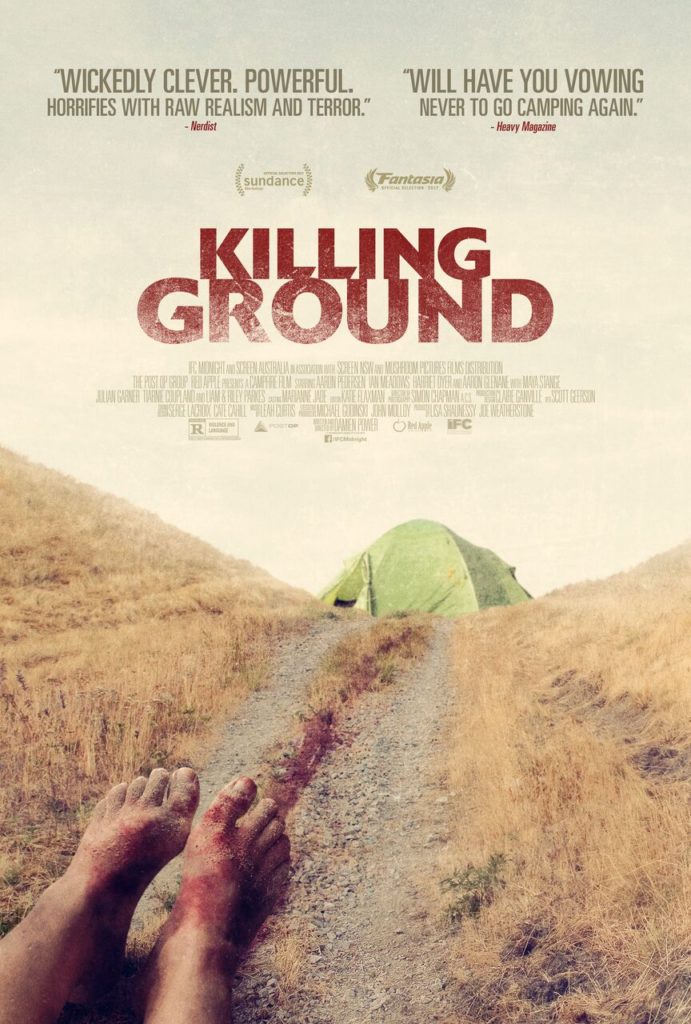 A couple’s romantic camping trip becomes a desperate fight for survival in this ultra-raw, unhinged kill ride. In need of a break from the pressures of their life in the city, Sam (Harriet Dyer) and Ian (Ian Meadows) head to a remote beach for a weekend getaway. When they come across an abandoned campsite, with no trace of its occupants, they’re concerned. When they discover a lone, traumatized child nearby, they’re scared. And when they encounter two local weirdos, they’re in for a hell of a bad time. Unfolding in an innovative, time-scrambling structure, KILLING GROUND delivers both nerve-shredding suspense and gut-punching realism. 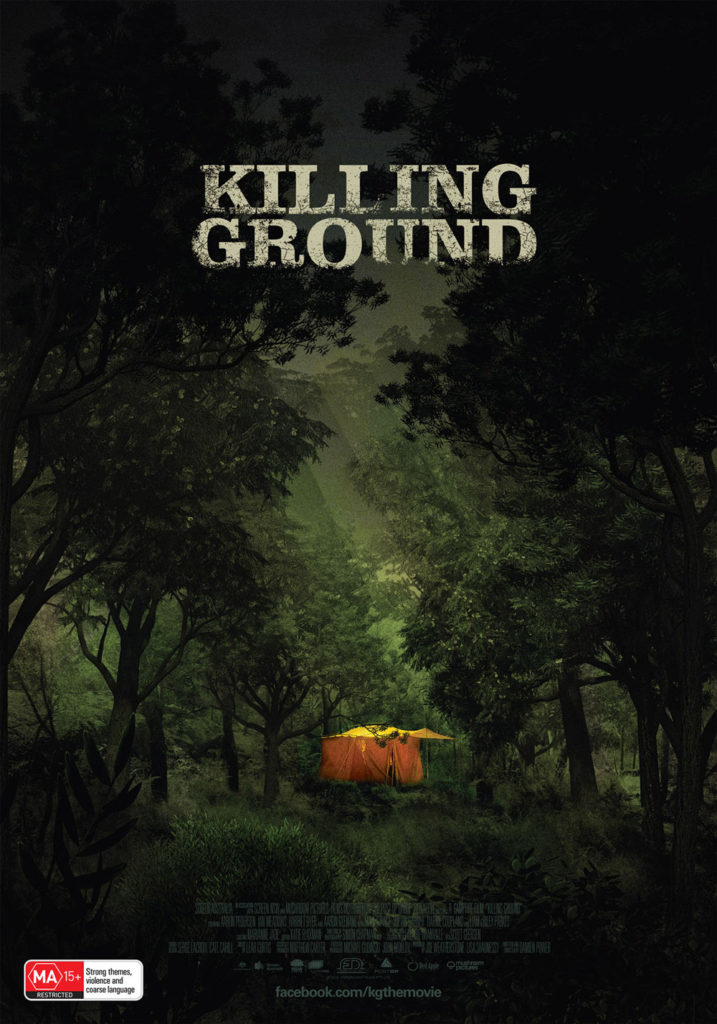 KILLING GROUND had its world premiere at the 2017 Sundance Film Festival to rave reviews and recently played at the Overlook Film Festival. An Australian thriller with great storytelling, editing and sound, this is one hell of a film that will linger with you long after the credits roll.

IFC Midnight will release the film in Theaters and On Demand on Friday, July 21, 2017.

Check out our own Jason Coffman’s review of KILLING GROUND by clicking here!

And just in case that trailer wasn’t enough, here’s a clip from the film!