MOE STRAPS ON THE RUBBER SUIT FOR MUCKMAN 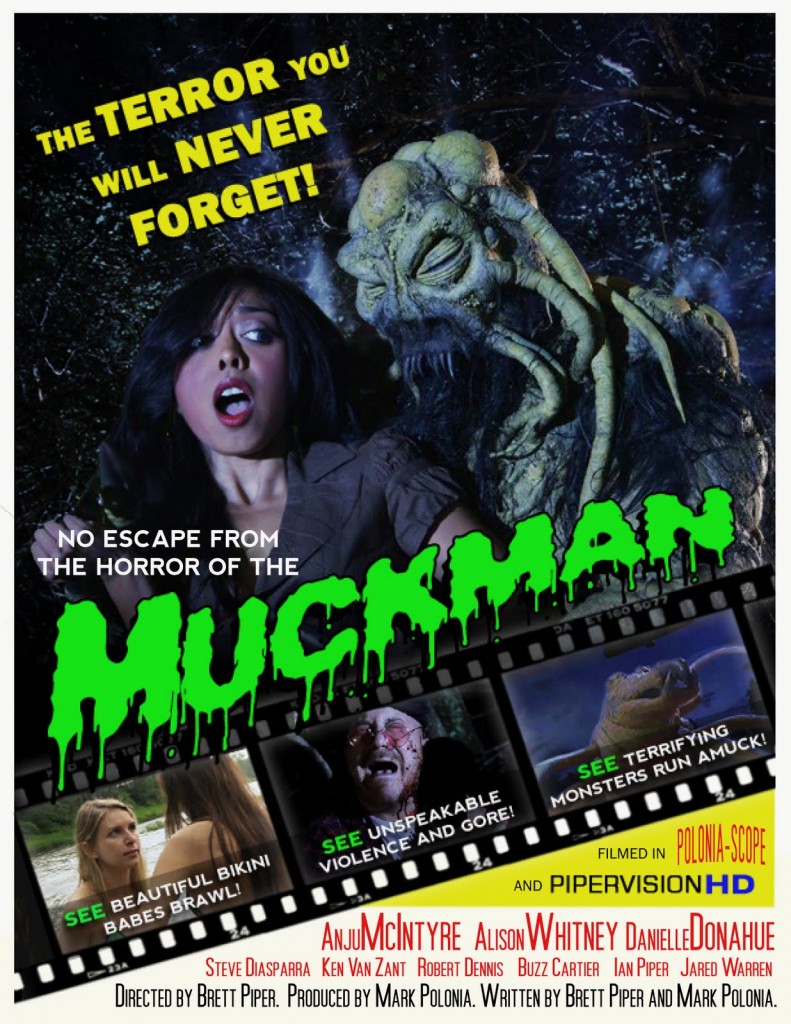 MUCKMAN tells the tale of a down and out investigative reporter looking for a chance to get his name back in the public eye. It seems Mickey (played by the total ham Steve Diasparra) got himself caught faking a story on the Muckman which ruined his career. For some reason he thinks his best chance at redeeming himself is to do ANOTHER story on the Muckman and somehow convinces his producer (or loan shark) to give him another shot. And of course, he’s going to fake the story again. To this end he sends out an intrepid crew of dingbats, stoners, rednecks, and Asia Buchanan (Khan). Asia and the redneck locals are the only ones who know the story is fake, but things go as pear shaped as Otto’s hang gut when a REAL Muckman shows up. 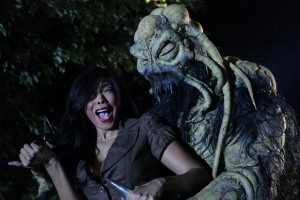 As Asia and Cletus busy themselves perpetuating this hoax, the one crew member with any brain cells is busy documenting the outing and discovering the truth. No good can come from uncovering a lie while it’s happening and Billie (Alison Whitney) finds herself on the wrong side of a suspension bridge, that is to say, the underside. Billie turns out to be as hard to kill as Orville Ketchum and after a few more attempts on her life and a few more well timed rescues by an unexpected ally, Mickey and Asia decide to just run for it. If you want to know what happens to the ham and the hams you’re going to have to watch the film, even if I told you wouldn’t believe me. 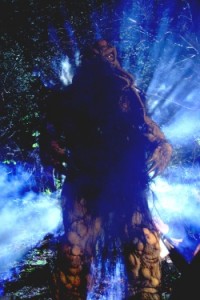 Chemical Burn’s MUCKMAN is chock full of silly dialog, stop motion animation, and guys in rubber suits ranging from the utterly laughable to the mind blowing. You have no doubt watching this that it’s a Brett Piper (DRANIAC!) Film. My only real complaint with MUCKMAN is the complete lack of AJ. Khan’s bare fun bags or any nudity for that matter. That aside, it’s a really fun movie that should be enjoyable for most genre fans.

Drink up! We’ve got movies to watch,