Without the benefit of a typical rock star aesthetic, Eddie Money reeled off hit after hit over the years with such songs as “Take Me Home Tonight,” “Baby Hold On,” and “Walk on Water.”

But despite his obvious knack for songwriting creativity, many of Money’s videos were fairly mundane, usually filled with layer after layer of performance pieces and mugging (and by golly, Eddie Money can mug with the best of them). With “Think I’m in Love,” however, the viewer is treated to the (relatively) rare video with a horror theme. In it, Our Hero plays a vampire targeting a comely lass locked away in the highest tower of a huge castle. Or a huge soundset. Whatever.

Again, considering his odd look (Rodney Dangerfield eyes, anyone?), the video succeeds in at least being fun in a somewhat absurd campy way.

Plus, it has a twist ending. Heaven forbid I spoil it. 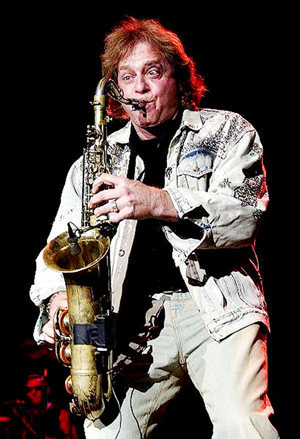