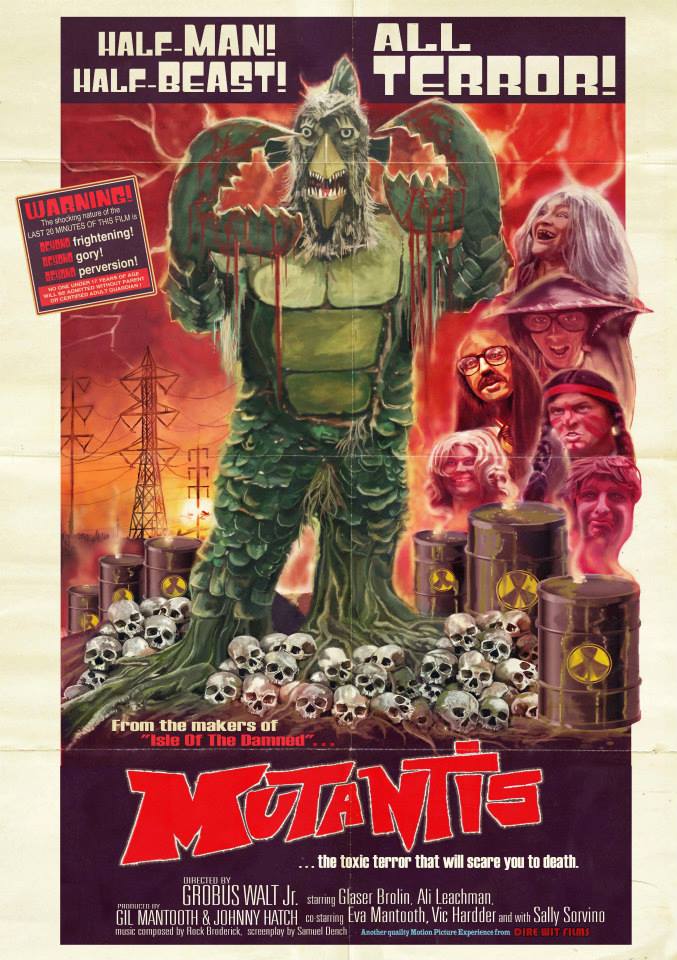 You might know DIRE WIT FILMS from their uproarious Italian Cannibal film parody ISLE OF THE DAMNED or their recent horror film 7TH DAY, but their latest release looks to be their biggest, baddest production yet! It’s MUTANTIS – The toxic terror that will scare you to death! From the looks of this trailer, it has all the terrible wigs, prosthetic penises and bad taste you would expect from this crew.

The film is premiering June 14th at Mondo Baltimore, but if you want to get a chance to check it out ASAP you can pre-order the DVD via IndieGoGo! The Dire Wit Films crew are raising some money to produce some awesome branded merchandise, so be sure to toss a little money their way and get yourself a T-Shirt, DVD or VHS copy of one of their films.