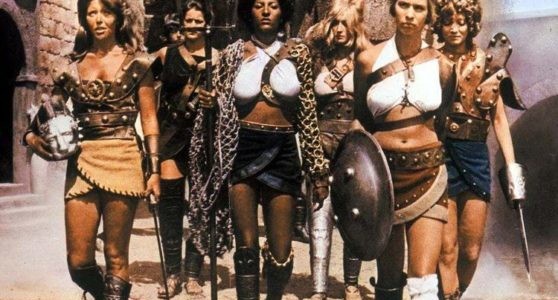 I love genre cinema. I will always have a soft spot for horror, action, sci-fi, and all the subgenres that exist inside those larger categories. What I have never felt any real connection to are those films that exist in the realm of pure sleaze. You know the ones: the films from the ’70s and ’80s, filled with ugly violence and sex that is the opposite of titillating, usually shot on cheap film stock with semi-amateur casts. But knowing these films have a large following and several companies devoted to restoring them makes me wonder what I am missing. With that in mind, I am going to do a deep dive into the world of sleazy exploitation. This is My Exploitation Education. This week’s entry is THE ARENA. 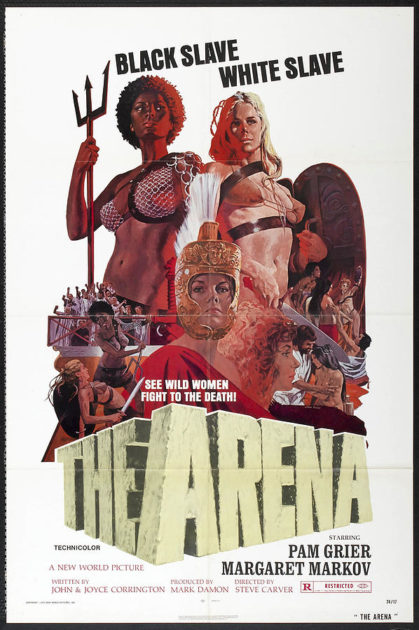 Despite being yet another of Roger Corman’s mid-’70s low-budget productions, THE ARENA manages to look better and bigger than it actually is. The trade-off seems to be that while director Steve Carver excels at composing shots for maximum atmosphere, the exploitation elements get lost in the process. The film may look classier than your average New World picture, but it is less fun than something more meat-and-potatoes when it comes to base thrills than a flick like THE MUTHERS.

Set during the waning days of the Roman Empire, THE ARENA follows a group of women kidnapped from conquered lands to work as servers and sex slaves under the rule of the depraved Timarchus (Daniele Vargas). That the two lead women are played by Pam Grier and Margaret Markov, the co-stars of the previous year’s BLACK MAMA WHITE MAMA, is no coincidence. THE ARENA was clearly an attempt to cash in on that film’s success and, in particular, Grier’s rising star.

In its use (or lack thereof) of Grier, THE ARENA is a failure. It is impossible for such a magnetic performer to fully fade in to the background, but the film becomes one of the rare instances where she does not take over the screen by sheer force of her star presence. Instead, Markov is front-and-center for most of the film. While she does a perfectly serviceable job of anchoring the ensemble of female slaves, she just is not the sort of unstoppable personality that Grier is and the film suffers as a result when you look just beyond Markov to see a movie star hanging out behind her. 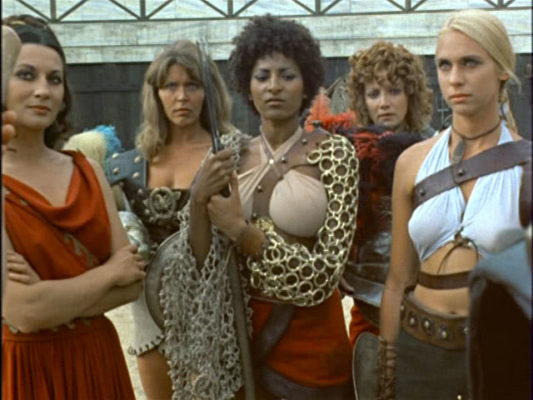 The inevitable turning of the women from sex slaves to gladiators in Timarchus’ arena provides a little snap to the proceedings, but the action as the characters are pitted against each other is largely lackluster. It is not until a third act revolt by the gladiators–both men and women–that the story finally becomes something close to resembling the action/adventure film it promises to be. While the scenes of the revolt and escape attempt by the gladiators does provide a charge, it comes along a bit too late in the film to make it actually work as an action film.

There is shockingly little to say about THE ARENA. Carver keeps the film moving right along. It has modest goals and meets them easily, but never stretches for anything beyond a simple gladiatorial revolt movie. In my quick research into the film, the most interesting aspect to its production was the presence of prolific Italian sleaze-meister Joe D’Amato as cinematographer. D’Amato apparently claimed that he actually directed much of the film, but it lacks the shameless sleaze present in most of his work, so I am not buying that story.

Despite how reasonably well-made it is, when the most interesting thing about a film featuring Pam Grier as a gladiator in Ancient Rome is the question of who directed it, things clearly did not go according to plan. Barely running eighty minutes, it is a swift watch and you probably will not regret checking it out, but you would be hard-pressed to remember anything about it the next morning.