Home  ⁄  The Wire  ⁄  NOW ON BLU-RAY FROM SCREAM FACTORY, ‘WHEN A STRANGER CALLS BACK’ IS A WORTHY SEQUEL TO THE CULT FAVORITE 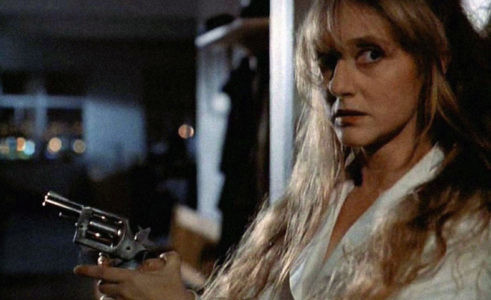 Fred Walton’s 1979 thriller WHEN A STRANGER CALLS exists in that great little slit of time in between HALLOWEEN and FRIDAY THE 13th, when the slasher film became popularized but before it settled on a very specific structure. The film is best known for its opening reel, in which a series of threatening phone calls being made to babysitter Jill (Carol Kane) only to slowly discover that the calls are coming from inside the house–itself based on the short film THE SITTER Walton had made in 1972. Those just discovering the film now (or those more familiar with the pointless remake) may be surprised to learn that the bulk of the film takes place years after these events, with detective Charles Durning tracking down the killer after he escapes from the asylum in which he was housed. The film does come full circle in the final third, with the killer now threatening Jill’s children, but much of the film is more police procedural than a straightforward stalk show. 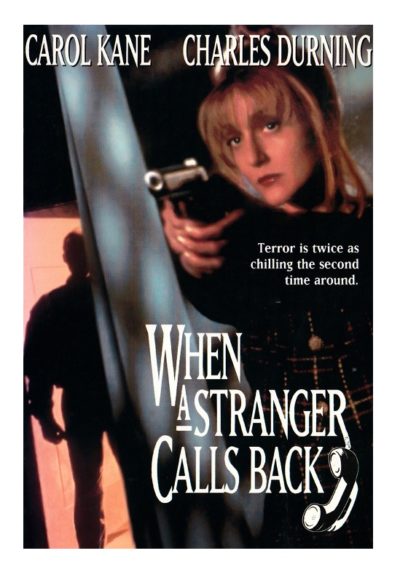 Even though WHEN A STRANGER CALLS doesn’t quite live up to its opening twenty minutes, this introductory sequence was enough to give the film a following, one that lasted beyond the slasher heyday. Surprisingly, a sequel wasn’t in the cards during the sequel-crazed era of slasher follow-ups, and instead it took 14 years before WHEN A STRANGER CALLS BACK arrived on screens–this time, smaller ones, with the film making its debut on Showtime. It’s the small screen that WHEN A STRANGER CALLS BACK has returned to this month, with Scream Factory issuing a fully-packed Blu-ray of the worthy follow-up that may even play better now than it had in 1993.

The film opens on a similar note, with young babysitter Julia (POPCORN’s Jill Schoelen) alone in a large house with the children asleep upstairs. This time, however, the voice of the stranger comes from a man outside, who keeps knocking on the door and asking to use the phone due to his car having broken down. Julie doesn’t let him in, but soon discovers the phone is dead. She is soon attacked but escapes–the children, however, are missing and the stalker is nowhere to be found. 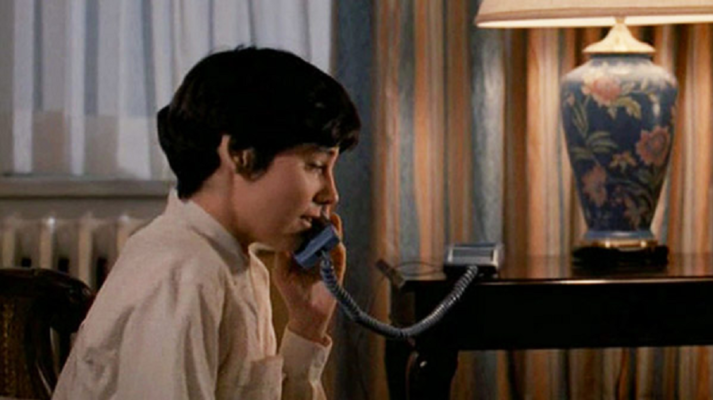 Five years later, Julia is in college and the trauma of the incident still affects her, to the point where she believes that someone may be getting into her apartment. She begins to be counseled by Jill (Kane, reprising her role), who now specializes in helping women recover from traumatic instances. Jill teaches Julia how to use a gun and enlists Detective Clifford (Durning, also returning to the role) in attempting to prove that she’s not paranoid–while the phrase “gaslighting” is never used, it’s clearly the intent of the stalker. The remainder of the film shifts the focus from Julia onto Jill, as the stalker’s identity is revealed (that there actually is a stalker shouldn’t be much of a spoiler, but I’ll refrain from going into too much detail) and the climax is a final confrontation between Jill and the assailant. 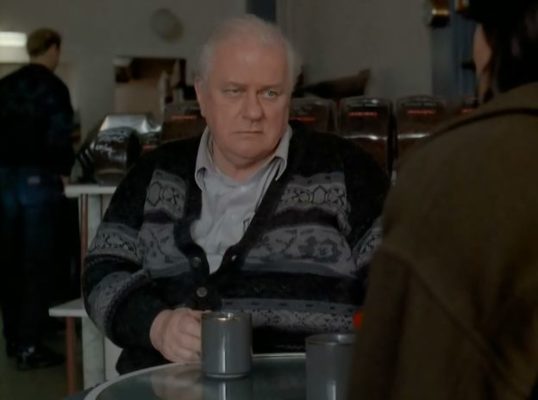 Structurally, WHEN A STRANGER CALLS BACK has a lot in common with the original film. However, tonally, by moving the focus from Clifford’s pursuit of the killer to Jill’s counseling of Julia, the film becomes a genuinely interesting introspection on the nature of long-term trauma. In a beautifully ironic note, the last line of WHEN A STRANGER CALLS’ opening sequence is a police officer telling another officer in regards to Jill, “she’ll be fine,” when both the finale of that film and the entirety of this one shows that, eventually, she will be, but she has to acknowledge her trauma and make a concerted effort to understand the traumas of those around her in order to be so. It’s a wonderful character arc, and one that makes it understandable why Kane returned to the role after so many years. 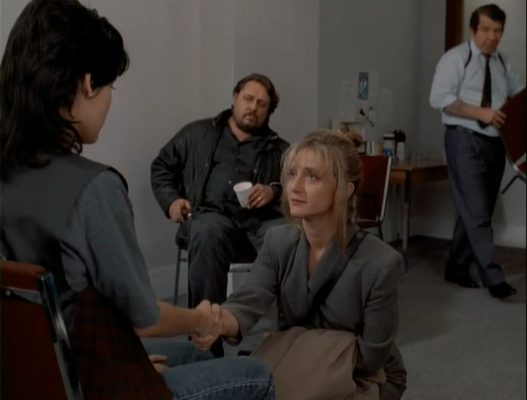 It’s unfortunate, then, that WHEN A STRANGER CALLS BACK falters in a few ways–most notably, the assailant. I won’t delve into their nature, as it kind of has to be seen to be believed, but the assailant’s identity, profession, and method of stalking become so bizarre and inexplicable that the film quickly stumbles over the goodwill it has set up by bordering on the ridiculous. That said, even with this turn in the second half, the film is never dull, even if the intriguing premise set up well by the characterizations of Kane and Durning in the first half are undermined by the near-silliness of the second.

Bewildering final third aside, WHEN A STRANGER CALLS BACK is an entertaining film with fine performances, and it’s great to see Scream Factory bringing a made-for-television title like this into their ranks. Made from a 2K scan, the film looks great, and the opening sequence is genuinely unsettling even if it doesn’t quite rank with the original. The film is available in its original full-frame version as well as a widescreen version that cuts off the tops and bottoms of the image to fit your television–I’m unsure why you’d want this, but there it is. Retrospective interviews from Walton, Kane, and Schoelen are included, and Kane’s is particularly informative, delving into the reasons for taking the role again in order to more fully realize the character and the effect of the events of the first film on her. (Oddly, her family in the first film is never mentioned.) 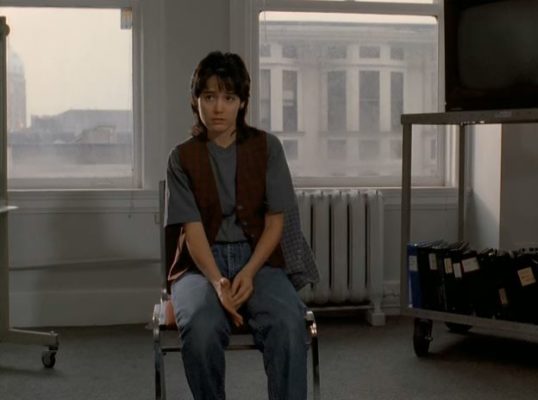 The best extra, however, is the inclusion of THE SITTER, Walton’s short that started it all and pre-dated even the likes of BLACK CHRISTMAS. The short proves to be a completely realized template for the opening act of WHEN A STRANGER CALLS, and is just as effective–some may even think of it as being more effective as it ends with the same still frame as the first act in STRANGER but then doesn’t give us the closure that the feature brings.

Scream Factory’s release of WHEN A STRANGER CALLS BACK is surprising, but certainly welcome. While the original WHEN A STRANGER CALLS has achieved a certain notoriety in the horror film canon, the sequel is often dismissed. This release should provide some welcome reappraisal, even if the oddness behind the final reels may undermine some of the carefully-considered character development the film expertly sets up.