What’s doin’, Bastards? Mama always said not to make promises that I couldn’t keep. I think the new one-sheet for the EVIL DEAD remake just pissed off mama. What do you think? 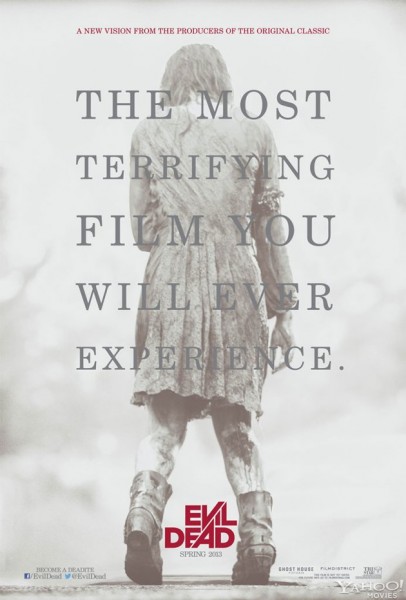 Look, I don’t hate remakes, I just hate bad remakes. I have to say though, despite a mildly effective red-band trailer, nothing I have seen has really sold me on this film. I will give it a chance though. I dig Diablo Cody and the Raimi endorsement carries some weight, but we’ll see in April of 2013.

This skinny on the flick:
In the much anticipated remake of the 1981 cult-hit horror film, five twenty-something friends become holed up in a remote cabin. When they discover a Book of the Dead, they unwittingly summon up dormant demons living in the nearby woods, which possess the youngsters in succession until only one is left intact to fight for survival.