The Scream Factory crew have announced the official list of special features for two of their 2,037 (we jest… kind of) 2013 releases: PRISON and the double feature TERROR VISION/VIDEO DEAD.

If you are one of the many that has yet to experience PRISON, I envy you. This flick is still one of the best films Renny Harlin has directed, and he’s made some killer flicks. This flick just has this brooding flow to it that I think is really unique in his filmography.

Check out the features and then make sure you click the cover art to pre-order these flicks from Amazon.com. 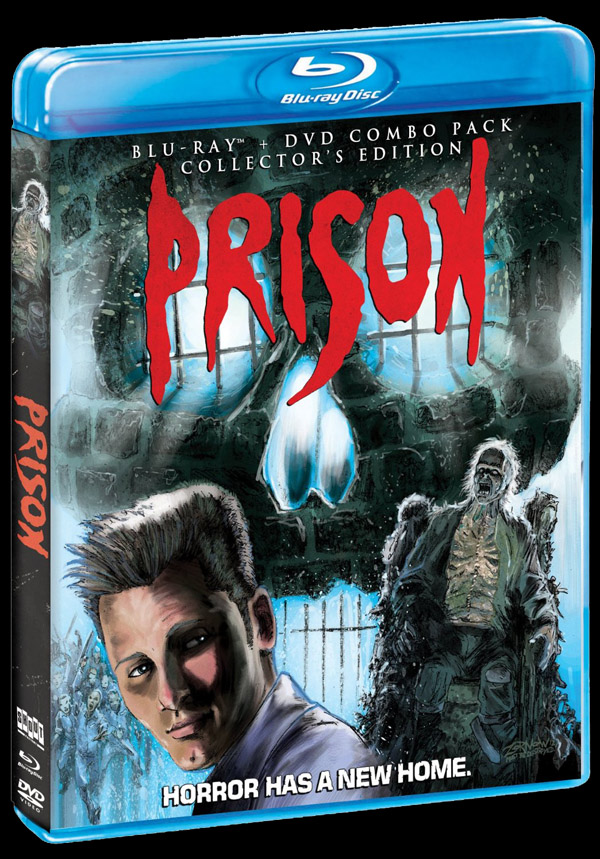 Available for the first time on Blu-ray and DVD, the Collector’s Edition of PRISON contains a collectible cover featuring newly rendered retro-style artwork, a reversible wrap with original theatrical key art, new extras and more! This Blu-ray + DVD combo pack is priced to own at $29.93. **Avid horror movie fans and collectors take note: Those who order PRISON from ScreamFactory.com will receive an exclusive 18”x24” poster featuring the newly commissioned artwork! Only 150 will be printed, so these are only available while supplies last.**

PRISON COLLECTOR’S EDITION Blu-ray + DVD Combo Pack
From the producer of HALLOWEEN comes a new force of evil… Creedmore Prison becomes a supernatural battleground when the specter of Charlie Forsythe, a man executed for murder, returns seeking vengeance from the brutal guard, Ethan Sharpe, who was aware of his innocence. The lives of the inmates hang in the balance as Forsythe and Sharpe lock in demonic combat. Directed by Renny Harlin (Cliffhanger, A Nightmare on Elm Street 4: The Dream Master, Deep Blue Sea). Starring Viggo Mortensen (A History Of Violence, Eastern Promises), Chelsea Field (Dust Devil, The Dark Half) and Lane Smith (Red Dawn). 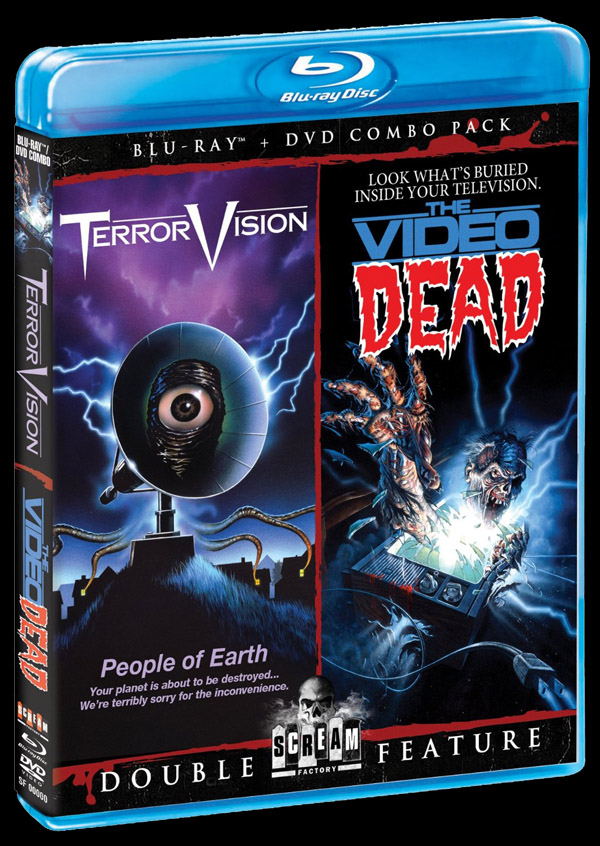 TERRORVISION/ THE VIDEO DEAD Double Feature Blu-ray + DVD Combo Pack
Life will never be the same for the Putterman family in Terrorvision. Stanley Putterman (Gerrit Graham) installs a state-of-the-art satellite dish in his backyard. Through a cosmic accident, a wayward monster’s energy is beamed across galaxies, into the satellite and onto the Puttermans’ television set. The Puttermans don’t notice any changes, only better reception and a strange monster continually appearing on the screen. But when the monster leaps off the screen and into the Puttermans’ living room, terror erupts, as it needs to feed on humans for its survival! (81 min.)

On a quiet, tree-lined street, evil has arrived in a most ordinary way, an old television set. It receives a single channel, one that not only shows the same film over and over – a horror film where zombies rise from the grave to kill – but also frees the gnarled, evil monsters….and once out, they’re not going back! They like the real world. They’ve already killed five people and want more blood…and a new family is moving into the neighborhood! (90 min.)