Park Chan-wook is delivering a pretty cool one-sheet today for STOKER, his English language debut film. His films are consistently inventive and even when flawed I find myself admiring his skill and the performances he can get out of his crew. Check out the one-sheet and the international trailer below. The film opens in March of 2013. 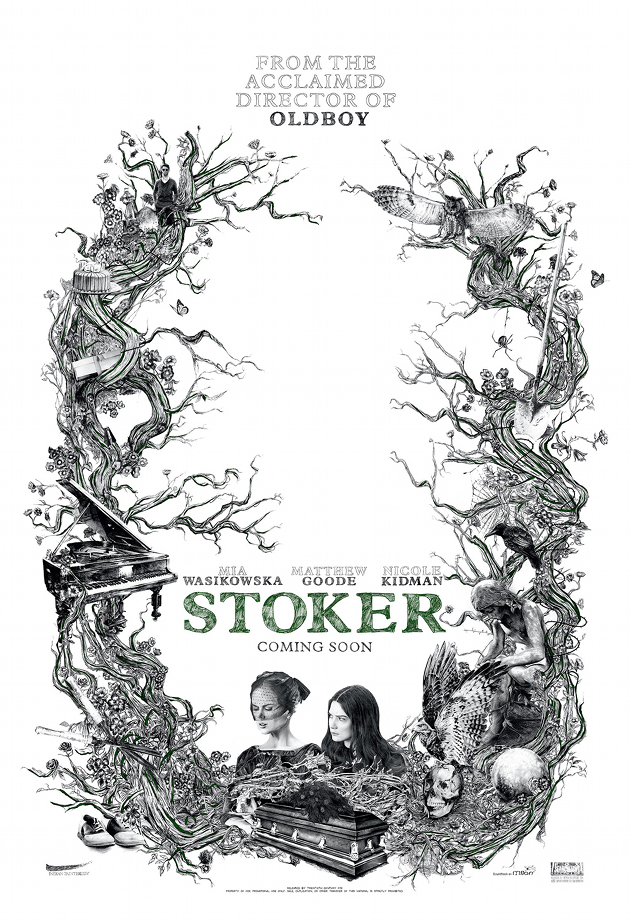 The skinny on the flick:
After India’s (Wasikowska’s) father dies in an auto accident, her Uncle Charlie (Goode), who she never knew existed, comes to live with her and her emotionally unstable mother Evelyn (Kidman). Soon after his arrival, she comes to suspect this mysterious, charming man has ulterior motives, but instead of feeling outrage or horror, this friendless girl becomes increasingly infatuated with him.