Home  ⁄  The Wire  ⁄  NEW ONE-SHEET FOR STAR TREK: INTO DARKNESS

What’s doin’, Bastards? Well, the great who-the-fuck-is-he debate is coming to an end. Nobody, as of this writing, knows if Benedict Cumberbatch is Kahn or a better looking version of Vince Clortho in a surprising mash-up of the GHOSTBUSTER and STAR TREK franchises. The first 9 minutes of STAR TREK INTO DARKNESS will be playing in just a few weeks and I am sure we’re going to get the scoop then. Until that point and time, drool on this new one-sheet of mass destruction. 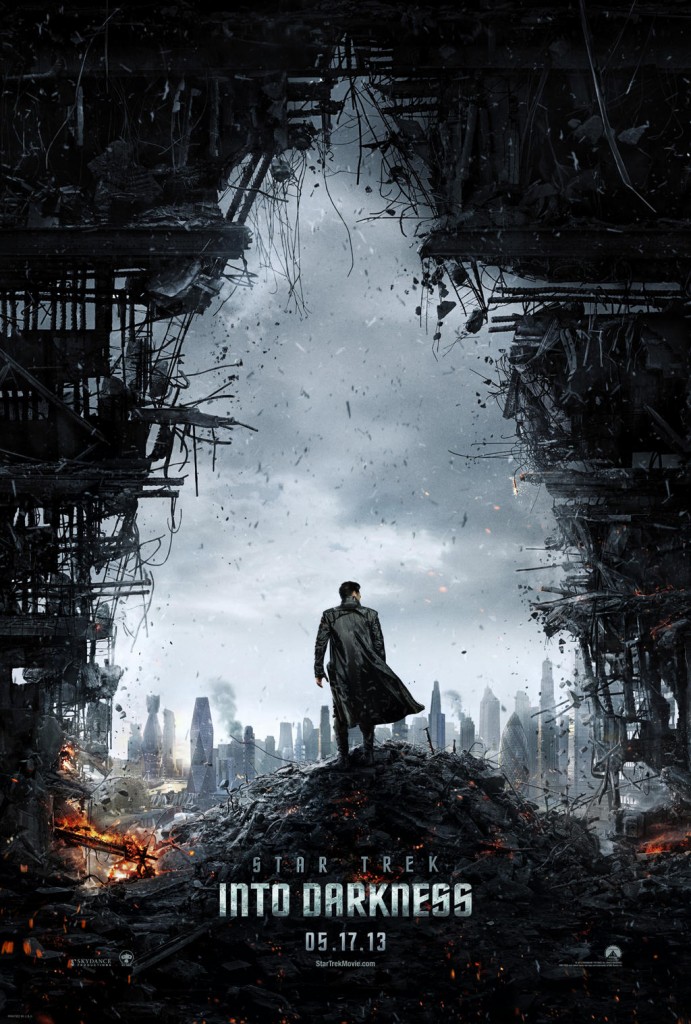 Many are comparing this to THE DARK KNIGHT RISES one-sheet that formed the Batman logo by crowding buildings and I get it, but it doesn’t change the fact that this poster is pretty fucking rad. Things are not going to end well for the crew of the U.S.S. Enterprise.