Want some blood with that alphabet soup? Order up. The red-band trailer for THE ABCs OF DEATH has just unloaded and it splattered ooey-blooey psychtronic cool all over the place. I haven’t had a chance to check the film out but I am beyond curious. Sweetback saw it (click here for the review) and thought it was a can’t miss for the genre loving youtube generation. We’ll all have our chance to catch it when it hits on demand January 31st and theatres on March 8th. In the meantime, enjoy the trailer… 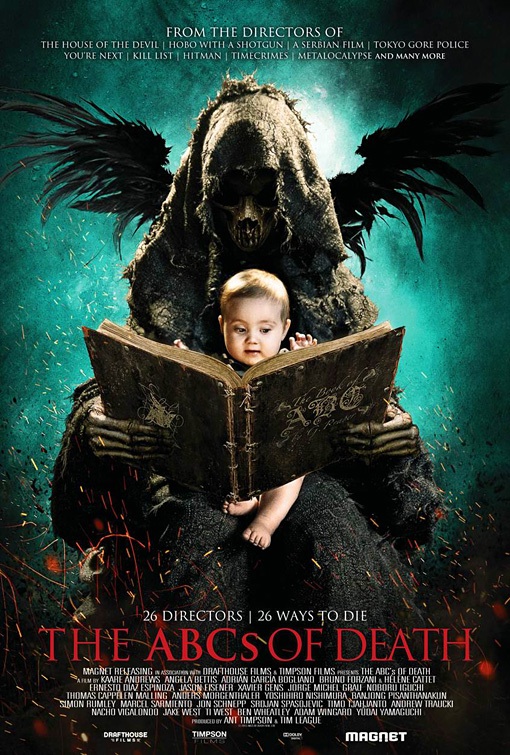 The skinny on the flick:
Twenty-six directors. Twenty-six ways to die. The ABCs OF DEATH is perhaps the most ambitious anthology film ever conceived with productions spanning fifteen countries and featuring segments directed by over two dozen of the world’s leading talents in contemporary genre film. Inspired by children’s educational books, the motion picture is comprised of twenty-six individual chapters, each helmed by a different director assigned a letter of the alphabet. The directors were then given free reign in choosing a word to create a story involving death.