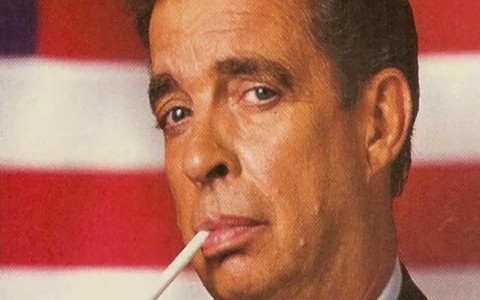 I had no idea this film existed or was in production but I can’t fucking wait to see this. From directors Seth Kramer, Daniel A. Miller, and Jeremy Newburger comes EVOCATEUR: THE MORTON DOWNEY JR. MOVIE. I watched this cat take down his guests religiously. It was a heartbeat away from the rings of WWF (and cancer), loud, obnoxious, rude and crude. The chain smoking Downey Jr. would bring guests on and get in their face, often to the point of physical altercations, and it wasn’t limited to that; on a “good” night it could spill right into the audience. His guests ranged from those with actual credentials to those that thought they were Jesus Christ. Not sure why that episode sticks in my head but I’ll never forget Downey Jr. bringing one of the Christ clones a giant bowl of water so he could show everybody how to walk on water. Classic. Granted, this show is the reason we have the Jerry Springer type shows, but back in the 80s this was must-see-tv. Count me in on this one. It hits theaters on June 7th. Here’s the trailer… 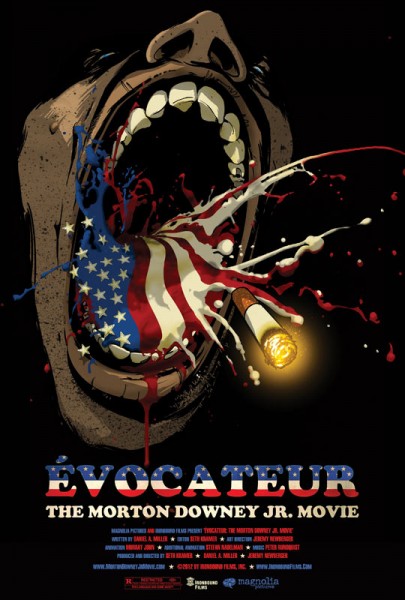 The skinny on the flick:
Before entire networks were built on populist personalities; before reality morphed into a TV genre; the masses fixated on a single, sociopathic star: controversial talk-show host Morton Downey, Jr. In the late ‘80s, Downey tore apart the traditional talk format by turning debate of current issues into a gladiator pit. His blow-smoke-in-your-face style drew a rabid cult following, but also the title “Father of Trash Television.” ÉVOCATEUR: THE MORTON DOWNEY JR. MOVIE dissects the mind and motivation of television’s most notorious agitator.