IF YOU CAN DO THE BOUSMAN, YOU’RE BAD LIKE 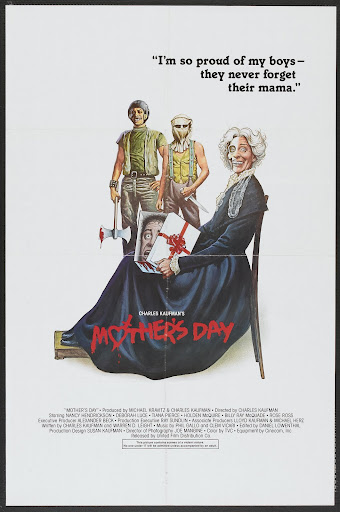 CLICK THE POSTER TO BUY THE ORIGINAL (AT AN OUTRAGEOUS PRICE)!

The new trailer for Darren Lynn Bousman’s MOTHER’S DAY remake dropped, just in time for a “limited” theatrical run (meaning, Darren’s mom is going to project it on a sheet in the backyard for neighbors), and then a DVD/Blu release on 5/8. You right remember Darren from SAW III and IV, REPO! THE GENETIC OPERA, and SLEEPLESS IN NANTUCKET.

The flick looks slick and polished, unlike the the original classic that’s chock-full of camp and crazed rednecks. Also, word on the streets is that my favorite character, Queenie, is only mentioned briefly, and does not appear in the new version. I always felt it was the ending that made MOTHER’S DAY. Without it, the new one looks like a generic thriller – well-made, but pointless.

The lack of a legitimate release, the length of time the film’s been shelved, and Bousman’s lackluster filmography definitely give me pause.

Despite reports of a kick-ass performance by Rebecca De Mornay, I’ll probably pass on this remake.