Not even a bad trailer can take down Takashi Miike. SHIELD OF STRAW is a police procedural about powerful billionaire Ninagawa who puts a price on the head of the person he thinks killed his granddaughter. The suspect (BATTLE ROYALE’s Tatsuya Fujiwara) turns himself in but with the bounty on his head, it’s a long a 1,200km to Tokyo with assassins around every corner. I wouldn’t say it’s a routine plot (though we’ve seen that before in films like 16 BLOCKS) but this trailer is generic and boring, two things that Miike is not. If I had to put money on this, I would say this film will ultimately deliver but we will have to wait for it’s premiere at Cannes to get a read on the reaction. Miike’s next film, MOGURA NO UTA, is due out in 2014 (you can read about that here). 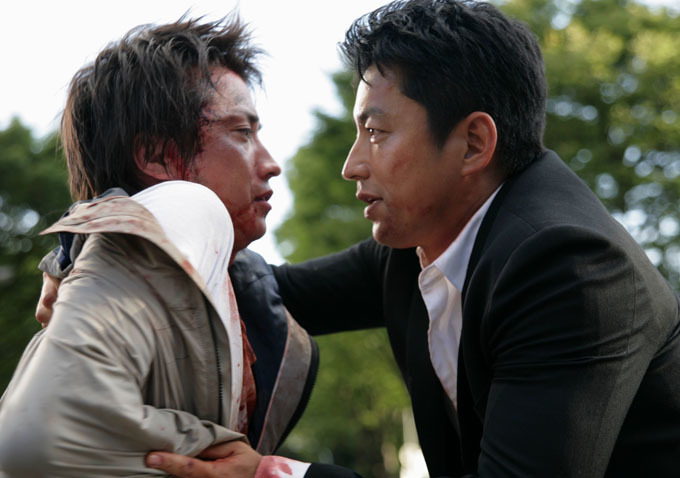 The skinny on the flick:
“Kill Kunihide Kiyomaru, and I will pay you 1 billion Yen.” This is the ad placed in all the main newspapers in Japan. In placing the ad, the powerful multi-billionnaire Ninagawa puts an irresistible price on the head of the man he believes to be his granddaughter’s killer. Realising he has become a target for millions of people, Kiyomaru turns himself in at the Fukuoka Police Station. Four officers are dispatched to bring Kiyomaru back to Tokyo, risking their own life, but now any number of assassins lie in wait on the 1.200km journey. The trip becomes a hellish chase, with potential killers at every turn. Will the police get Kiyomaru to Tokyo to face justice, or will justice of a different nature prevail?