Wong Kar-Wai’s THE GRANDMASTER may be one of the most anticipated films of 2013, or of 2014, perhaps even 2015. You see, I have no idea when this comes out. I want this thing to kick my ass. I want it to kick my ass like Artie Fufkin. But to that, you need it to play in theatres and as of yet, we don’t have a date so we’re left to marvel at trailers and wonder if this is going to be one of the great works by a tremendous director. I don’t know how a flick directed by Kar-Wai, starring Tony Leung, and featuring choreography by Yuen Woo-Ping that doesn’t have a release date, but We’ll see. In the meantime, dig this trailer (and hope for the best): 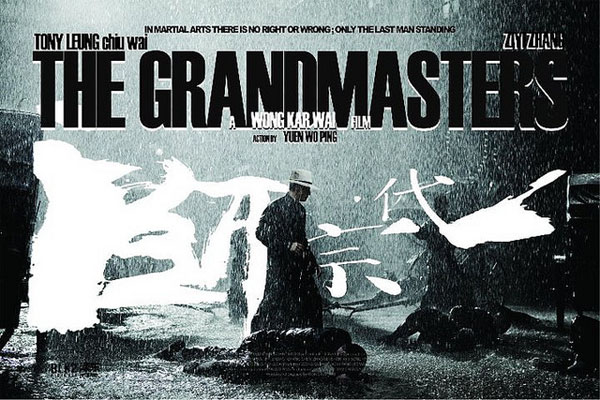 The Grandmaster is a Hong Kong-Chinese[1] action drama film based on the life story of the Wing Chun grandmaster Yip Man (or Ip Man). The film is directed and written by Wong Kar-wai and starred Tony Leung as Yip Man.