David Cronenberg has been one of my favorite filmmakers since I first had my brain twisted into knots by VIDEODROME, but that comes with a caveat; I don’t always like his films… but that’s the cool part right? How many directors do we come across who put out sanitized shit on a continual basis? Far too many. Cronenberg plays by his rules, he tells the stories he finds unique, fuck the box office and acclaim… and I dig the fuck outta that.

Looks like we have another challenging flick from the man in the form of COSMOPOLIS. The synopsis on IMDB doesn’t give a whole lot of insight: Riding across Manhattan in a stretch limo in order to get a haircut, a 28-year-old billionaire asset manager’s day devolves into a odyssey with a cast of characters that start to tear his world apart.

Check out the trailer though, I don’t know about you but this is up there among the best trailers so far this year for me. 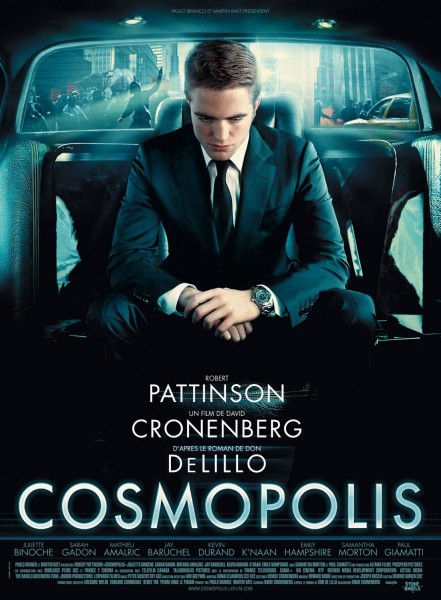