Ok, so, wouldn’t MAGIC MIKE have been WAAAAY better if Channing Tatum was actually playing Michael Myers?!? And 15 years after stabbing his sister, he broke out of the psychiatric ward just to put on a Chippendale show?! How rad (and unexpected) would that be?! It’s a shame that horror and hunks rarely cross bloody/baby oily paths. But don’t fret ghoulfriends, Ama Lea is about to change all that! 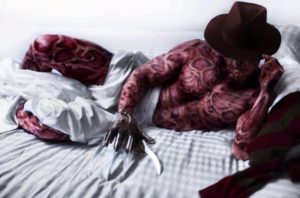 FANGORIA photographer and all around bad ass Lea has created YEAR OF FEAR, a calendar that will have you screaming (and nervously giggling) all year round! Who would ever think that Jason could be your summer camp crush? Or that Leatherface was such a buttaface?! I challenge you to look at Freddy’s TIGER BEAT photo and not think of him saying, “how’s this for a wet dream?” 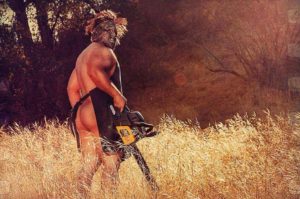 Clever, hilarious, and sexy, this calendar is a must for every horror fan. I can only hope what my birthday month has in store for me! But since it’s in December, I hope I get PUNISHED.

The YEAR OF FEAR calendar can be pre-ordered here!