Don is a Realtor with a problem. You see, he’s been tasked with selling the “Bludhouse”; a property with a rather complicated (and murderous) history. Even worse, it seems that every person he sends into the house to do some renovations ends up vanishing – slaughtered by a sickly looking drifter who has decided to make the Bludhouse his permanent home. Even any potential buyers end up vanishing in increasingly messy ways. What could possibly be fueling the transient’s thirst for blood? And what the heck can Don do about it?

I wasn’t quite prepared for the twist that occurs about 3/4 of the way through Joe Sherlock’s slipshod – though wildly entertaining – DRIFTER. Perhaps I’ve been watching too many microbudget films that are comfortable with simply paying tribute to the litany of formulaic slashers from the 80s, or perhaps I’ve grown a bit disillusioned with the way most low-budget horror films tends to peter out in their final ten minutes. Whatever the reason, I was pleasantly surprised by the curious switch in tone and content that marks the final 15 minutes of the film. 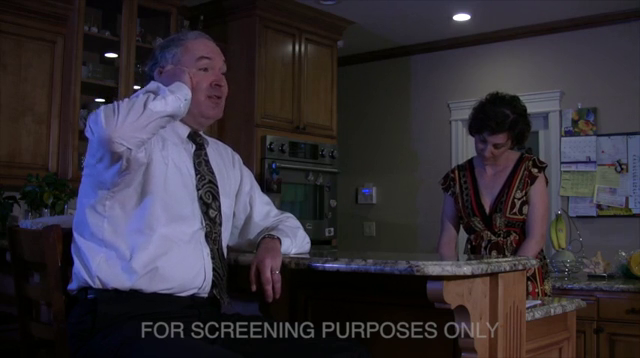 Up until that point, it’s fairly predictable and straight-forward stuff. We’re introduced to a series of characters; repairmen, Don’s niece, some prospective homeowners, who are all quickly dispatched by the drifter in a variety of messy – though not particularly creative – ways. Occasionally we’ll check back with Don as he complains about his fate, chats with his wife, or takes a naked dip in a hot-tub. Don remains blissfully unaware of the increasingly large pools of corn-syrup and red dye that are covering the house, but eventually has to drop by to see exactly why people seem to be constantly vanishing.

While I’d normally be bemoaning the film’s lack of creativity, I found myself really enjoying DRIFTER because it mercifully never takes itself too seriously. From the very first scene (featuring a couple making explicit love in front of their bored friend, before being cut off – literally – by the drifter), it’s clear that the film is going to embrace its sillier tendencies whenever possible. Dialogue between characters is often hilarious, which helps add a little tension when they are eventually dispatched – particularly since the Drifter himself is always played very seriously. 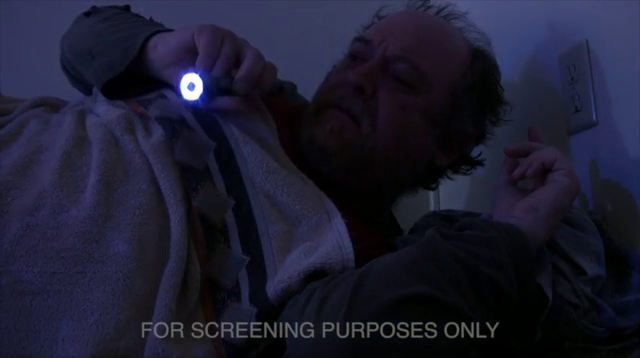 While containing few surprises  – even the twist brought to mind one of my favorite horror films – DRIFTER works thanks to an enthusiastic cast and a script that finds humanity in its characters through good-natured humor. It’s never particularly horrific, but it’s well-paced thanks to a brief running time that packs in more than the requisite amount of blood and nudity. I’d love to see Sherlock tackle a straight comedy at some point, but what’s here is a cut above most low-budget slashers. Worth your time and money.