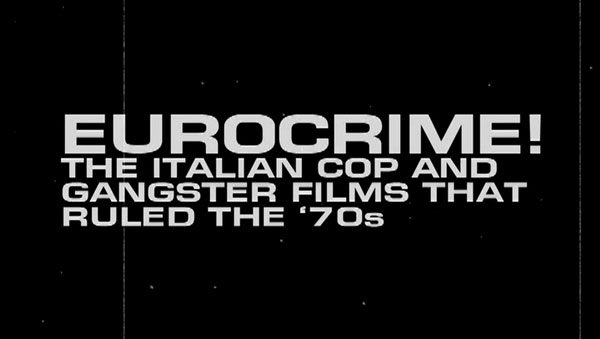 There can be a tendency when writing about genre cinema to pretend that you have an equal amount of knowledge and expertise in all areas. I’m as guilty of this as anyone, as while I feel like I have a pretty decent handle on this no-budget thing, and can write fairly coherently about a wide swath of genres — from Italian cannibal movies to Italian post apocalyptic movies to Italian gialli (Viva l’Italia!) — there are still significant gaps in my film education.

One of my very biggest blind spots involves Poliziotteschi; the Italian crime and action films that flourished after the slow decline in popularity of Spaghetti Westerns throughout the 1970s. While I’m intimately familiar with Italian westerns, and the popular genres in Italy that proceeded them, I’ve just never found myself particularly curious about the FRENCH CONNECTION/DIRTY HARRY-inspired films that dominated much of that decade, even though some of my favorite Italian western and horror directors were actively involved in creating them. Perhaps I just felt out of my depth approaching the genre, particularly because there wasn’t  two or three certified classics that seemed to be commonly pointed to as examples of the best of these films. It just seemed to be a solid mass of corrupt cops, gangsters, vigilantes and car chases. 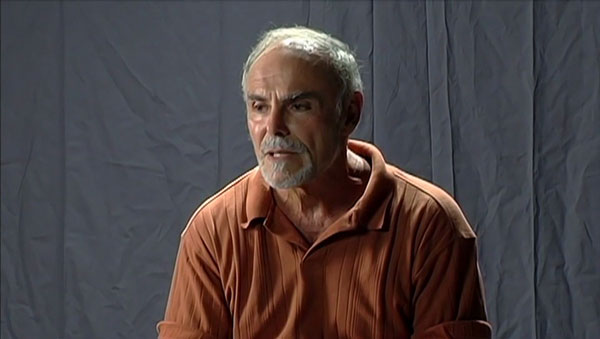 With that in mind, Mike Malloy’s passionate documentary EUROCRIME! was like a swimming pool of knowledge that was just begging me to jump in and swim around. Tenderly pieced together from a massive collection of interviews, poster art, film clips and animated inter-titles, the documentary traces the rise and fall of the genre, as well as the stars, filmmakers, locations and controversies that have helped the films retain popularity  over the past 40 years. While ostensibly appearing to use the slam-bang style of documentary popularized in Mark Hartley’s films NOT QUITE HOLLYWOOD and MACHETE MAIDENS UNLEASHED, a closer inspection actually shows EUROCRIME taking a much more sedate – and almost scholarly – approach that seeks to inform as well as entertain. This is helped by its over two hour run-time, which gives Malloy the room to really break down what makes these pictures so entrancing.

Malloy is helped greatly by an array of candid interviews with many of the living stars of poliziotteschi, including such genre stalwarts as Fred Williamson, John Saxon, Franco Nero and Henry Silva. The subjects are all engaged and enthusiastic to be talking about these films, and speak quite frankly about the positive and negative aspects of working with foreign crews, the increased violence throughout Italy in the decade, and the legacy of these films. I was particularly impressed with Silva, the cold-eyed actor who has played countless villains comes off much younger than his 80+ years, and seems to be having a whale of a time reeling off anecdotes of his 70s heyday. Some of the interview subjects are less forthcoming (or, in the case of Antonio Sabato, a tad irritating), but some judicious editing keeps the pace moving. 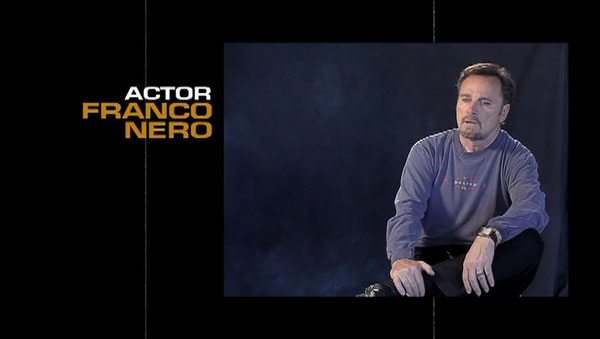 While impressive in it scope and structure, the doc’s moderate budget is most clearly on display during some of the animated sequences used to link segments together. While never distractingly poor, occasionally a transition or drawing will look amateurish, though it’s a minor criticism considering how niche the audience for a work like this must be. Occasional unique elements – such a text reminders to pay attention to certain elements that will be returned to – might also turn off some viewers, but I found them rather refreshing, and added to the scholarly/lecture approach. 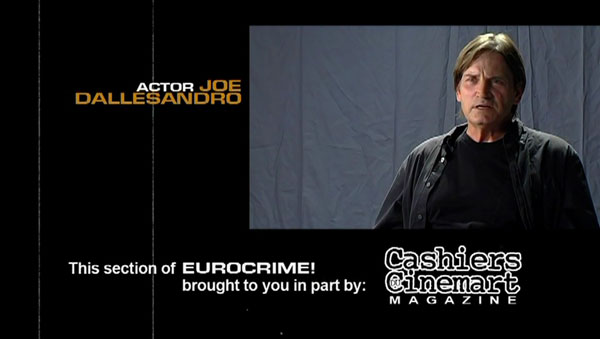 If I had to use one word to describe EUROCRIME!, it would be “passionate”. Every sequence of the film displays a clear passion for the personalities and plot elements that  inhabit these poliziotteschi, while still remaining savvy enough to address some of the seedier components of the genre, like the violence and misogyny that peppered many efforts. That Malloy – along with collaborators like Michael Friedinelli and Aaron Stielstra – has managed to create a coherent narrative out of such chaotic elements is a testament to the tremendous amount of work that went into this documentary, and the final product remains a perfect primer for those looking to delve into this undervalued genre.