HIGH CRIME is playing in New York City at Anthology Film Archives, as part of the Italian Connection film series which wraps up tonight.  This is a rare opportunity to see a big-screen projection of one of the pivotal entries in the genre known as Poliziotteschi, a.k.a. the Italian cop films of the 1970s.  Taking a fair amount of inspiration from THE FRENCH CONNECTION (and in fact released in some markets as THE MARSEILLES CONNECTION), HIGH CRIME is one of the films from whence the entire genre jumped off, and HIGH CRIME shot-caller Enzo Castellari is one of the most prolific of the many prolific directors of the era.  Here he joined forces for the first time with the mighty Franco Nero, one of the great Italian action stars.  Franco Nero’s mustache alone would yank the mustaches of Chuck Norris and Tom Selleck into a back alley and fiercely smack ’em into hairlessness. 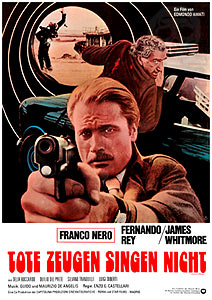 If you like HIGH CRIME, check out the next collaboration between Nero and Castellari, 1974’s STREET LAW  – or Sergio Sollima’s REVOLVER or VIOLENT CITY or Fernando DiLeo’s MILANO CALIBRO 9 or Il BOSS, for that matter — all of those are must-sees in my humblest of opinions.   HIGH CRIME is not currently on Netflix or YouTube or any of the other instant-viewing sources, and there doesn’t seem to be an official DVD or Blu-Ray release forthcoming.  Gotta get out to the rep theaters to see it, anytime its time comes around.  I’m kind of talking myself into going now.

And now, some photographs of Franco Nero and his formidable mustache, doin’ work: 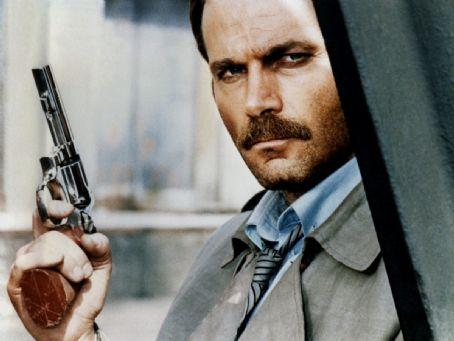 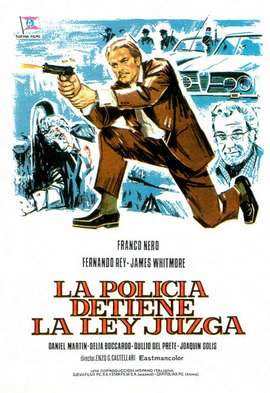 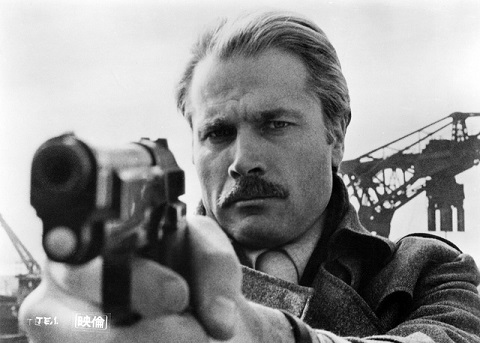 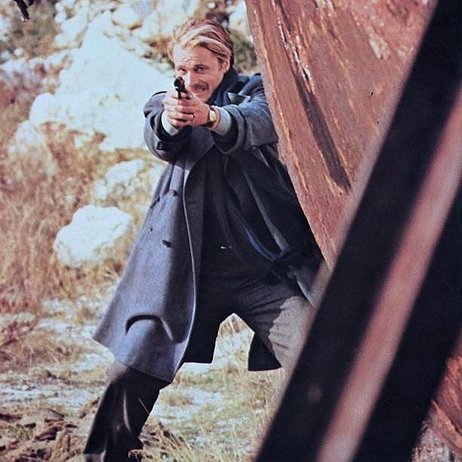 Franco Nero and Method Man will return in: HOW HIGH CRIME.