Anchor Bay is getting the marketing machine rolling on GIRLS AGAINST BOYS. We got a trailer earlier this week and now we have a new one-sheet which may be the coolest and hottest poster we’ve seen in a while. Like the flick, the one-sheet is just pure tough. I dig the homage to pinkie films and just embracing the badass that awaits us. Dig it! 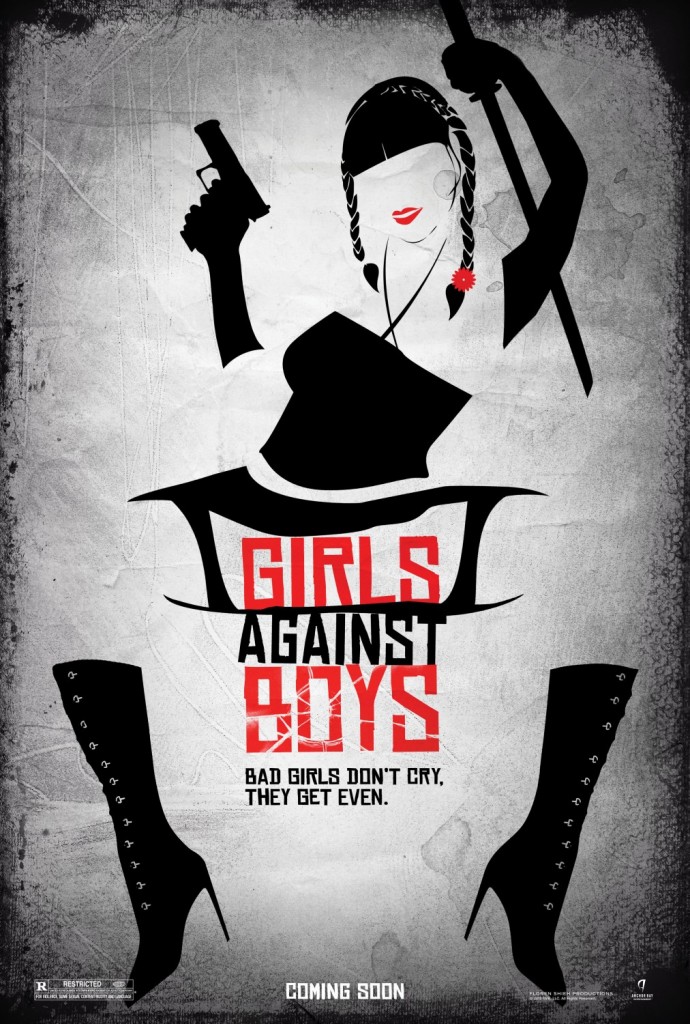 The skinny on the flick:
When Shae (Danielle Panabaker), a naïve college student, is tormented by several men in a matter of days, she reaches her breaking point, and is drawn into coworker Lu’s (Nicole LaLiberte) twisted plan for revenge. Together, the two embark on a gruesome killing spree, terrorizing and brutally murdering not just their attackers, but any man who gets in their way. However, after a wild weekend of retaliation, the friendship between the girls shifts into a dangerous obsession, and their perverse game becomes a desperate struggle for Shae to maintain control against Lu’s deadly and seductive influence.