Part of having a strong interest in no-budget directing is seeing the rather amazing evolution regarding the sort of equipment available to those making features with no (or next to no) money. Super-8 used to be the standard in the 70s, giving way to shot-on-video in the 80s/90s and – eventually – digital video in the early 2000s. Now consumers have access to affordable high-definition cameras that can nearly emulate the image quality of much larger budget productions. Perhaps now more than ever, inexperienced directors have – for better or for worse – the opportunity to truly show what they are capable of. Often that means smearing make-up on a pig, but occasionally you get to see real talent being developed, such as in the case of Gav Chuckie Steel’s THE SHADOW OF DEATH. 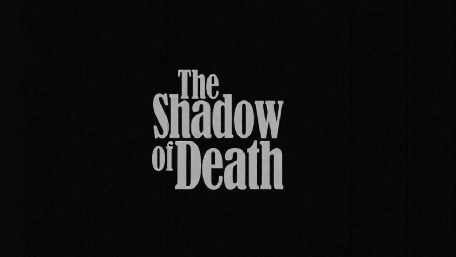 THE SHADOW OF DEATH is a fun – though occasionally grating – British slasher comedy that has some occasionally inspired moments of gore and a memorably diverse soundtrack. But what’s fascinating – and rather inspiring – about the film is how much it resembles its larger budgeted genre-mates. On almost no money (the IMDB estimates the budget at £250) and shooting almost exclusively on weekends and evenings, Steel has made a film that looks.. like a film. Sure, the acting is occasionally a bit rough around the edges, and the fake “film” damage is a dead giveaway, but using his natural talents and a commitment to his meager concept, he’s turned out an attractive, effective film that only rarely betrays its mico-budget beginnings. 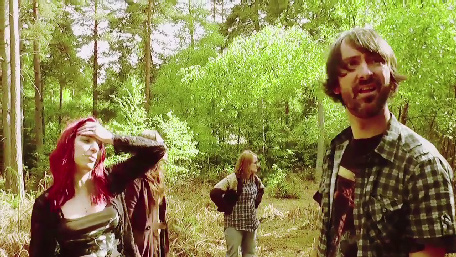 Bickering flatmates Debra, Jamie and Nancy head to the woods to score some pot, along with Nancy’s dickhead ex-boyfriend Dan. Little do they know that the peaceful forest is being stalked by a psycho killer dressed as the Grim Reaper, cleansing the countryside of sickness and sin. The four soon get lost, taking shelter in an abandoned cabin (UH OH!) while a mentally unstable wannabe police officer searches the area for signs of the killer. From there, things get awfully messy – and bloody – before a telegraphed (and sadly unsatisfying) ending brings things to an unfortunate end.

But before that nonsensical ending there’s plenty of fun to be had. While advertised as a horror comedy, it leans much heavier on the horror side of things, wringing suspense out of the impressive (and affordable) forest locations. And the woods look lovely, thanks to some cleverly composed shots which keep the endless woodland from looking too repetitive. There’s also some impressively original bits of gore thanks to special effects man Mark Kelly. It’s an impressively tight package, topped off by a diverse – and occasionally even folky – soundtrack. 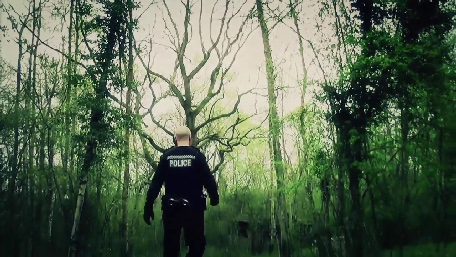 Acting is also impressive across the board. Model Sophia Disgrace is a bit bland as the gothy Nancy, but all three women give strong performances in roles that require often extensive dialogue. Daniel Carter-Hope (as the imaginatively named Dan) is the most polished performer, but his character is so intentionally irritating that you’ll be excused for begging for his eventual messy demise. Of course, the British accents make everything sound a bit more glossy, but it’s still an impressive ensemble and shows little of the high-school play level acting so common in similar productions.

But none of it would work if it wasn’t for director Steel, and his enthusiasm for the material (and the genre) helps carry the movie past some of its rougher moments – like a spooky story session in the cabin that brings the film to a screeching halt. We get the requisite references to THE EVIL DEAD, and the character names are full of in-jokes, but thankfully Steel restrains himself from just making the film a series of references. He even throws in a few ambitious shots, and the whole production looks terrific. The choppy editing (also by Gav Chuckie Steel) sometimes hurts the flow; when cutting between scenes the beats feel a little off, but it’s only occasionally noticeable. I can’t help but wonder what Steel could do with a bit more time and money at his disposal, but he has plenty to be proud of here. 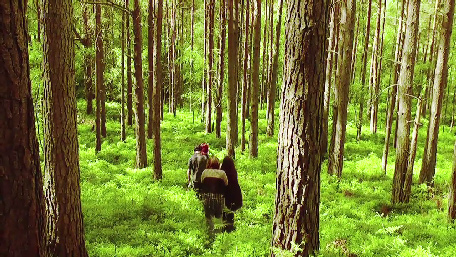 While it doesn’t always hit the mark, THE SHADOW OF DEATH is a more than capable horror comedy that ably transcends its low-budget thanks to some superb talent in front of and behind the camera. A few sloppy moments might make some viewers wince, and the ending is less than satisfactory, but it remains a highly impressive, entertaining film that manages to avoid many of the usual low-budget pitfalls. One to look out for.

Coming soon: An interview with THE SHADOW OF DEATH director Gab Chuckie Steel.