Home  ⁄  The Wire  ⁄  GRINDHOUSE ICON CHRISTINA LINDBERG RETURNS FOR HER FIST FILM IN 30 YEARS AND SHE’S GOING TO MAKE THEM… CRY FOR REVENGE!

First they took her speech…then her sight…When they were finished she used what was left of her for her own frightening kind of REVENGE! They called her “One Eye”… then ran for their lives… but now she’s back, and ready for more. The icon of exploitation cinema, Ms. Christina Lindberg, is locked and loaded for her first film appearance in more than thirty years, and we’re smiling ear-to-fucking-ear, baby. Her influence had a ripple effect that is still being felt to this day (just take a look at our icon at the top of the page). A return for someone who created that kind of impact has to be perfect though; it has to deliver something new yet still pay respect to a celebrated past. DG had a quick chat with director Todd Fischer earlier this evening and we can tell you he is doing just that. It took a lot of convincing but ultimately he achieved what even Tarantino couldn’t, the return of a legend. Dig the press release below and stay tuned to DG for exclusive info on the film. 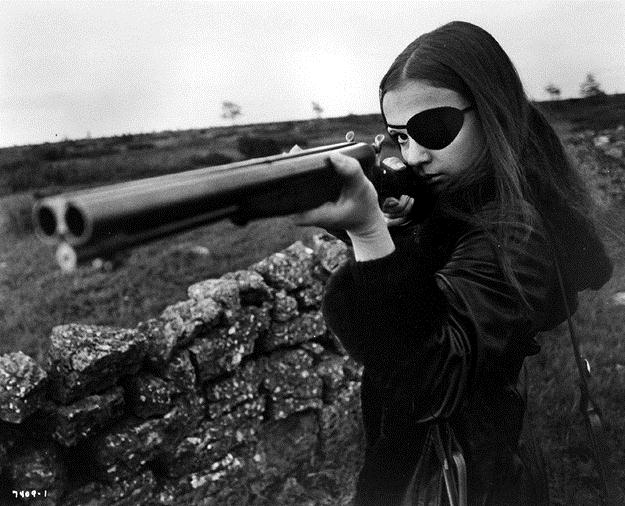 November 5, 2012 (Hollywood, CA) – After a 30-year absence, Christina Lindberg, the “Original” eye patch-wearing baddie returns to the genre that made her famous in Cry for Revenge.

Voluptuous brunette beauty Christina Lindberg is known internationally for her work as an actress and glamour model in the late 1960s and early 1970s. Lindberg has appeared or starred in 23 feature films, most of which are Drive-in Cinema and Grindhouse-style exploitation pictures. Her first movie was an American production Maid in Sweden, filmed in Sweden with a Swedish cast. She got her second role in Jan Halldoff’s comedy Rötmånad which was released in 1970. The film was seen by over 250,000 Swedes and went on to become a commercial success. Her third film, Exponerad, was released with much hype at the Cannes Film Festival in 1971 and turned her into an international celebrity.

A long string of exploitation films followed, many of which were filmed in Germany and Japan but in 1972 she achieved her most enduring cult cinema fame with her outstanding performance as Frigga, a much abused and traumatized, one-eyed, mute, junkie, prostitute, who exacts a harsh retribution on her tormentors in the brutal and controversial revenge opus by Bo Arn Vibenius, Thriller – A Cruel Picture also known as They Call Her One Eye. The movie that would establish her as the original female eye patch-wearing vigilante. Director Quentin Tarantino expressed his admiration for both the film and Lindberg’s performance, and Frigga later served as the inspiration for Uma Thurman’s character in Tarantino’s Kill Bill films. Now, Director Todd Fischer is doing what Tarantino could not, lure Ms. Lindberg out of retirement to go back to the eye patch one more time, starring in the Vertex Digital Studios feature film, Cry for Revenge. Watch as Christina battles her way through 70 Luchador Masked Henchmen in the largest luchador battle ever recorded.

Look for Christina Lindberg worldwide on DVD and Blu-Ray in Cry for Revenge in 2Q 2013.