Filmmakers come and go, and while some of them manage to make some fantastic films, very few are lucky to have a style — something that makes their names and their films synonymous with each other — something that, if you’ve seen previous films from that same director in the past, you’ll immediately recognize as being part of his or her oeuvre. One of these filmmakers, absolutely, is David Lynch. 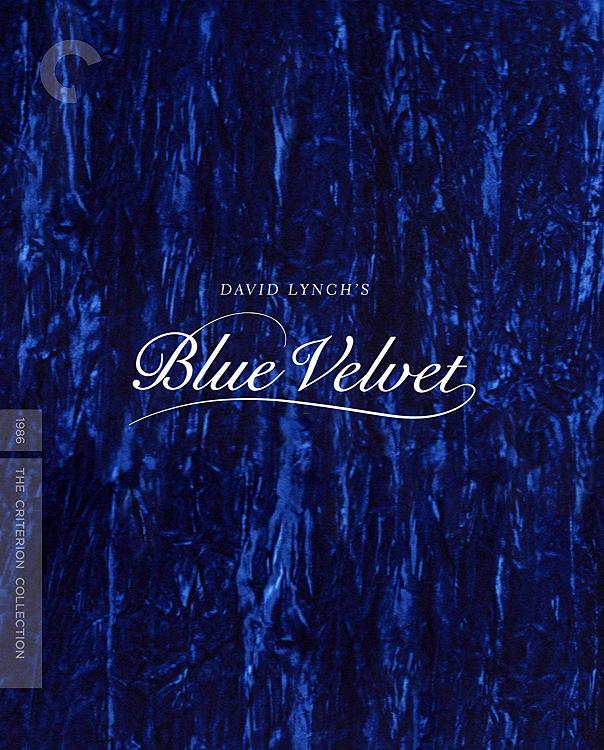 1986’s BLUE VELVET almost serves as a precursor or a spiritual prequel/pilot to his most well-known work, TWIN PEAKS. After all, both are about the discovery of a dead body (in BLUE VELVET’s case, an ear) leading its lead investigator (in both cases, a gentle Kyle MacLachlan) down a rabbit hole of depravity, surreality, and total quirkiness. Both take place in small towns whose economies are driven by the lumber industry, both boast a small charming diner where young lovers meet and conspire, and both even feature its hero investigator oddly and enthusiastically commenting on his drink of choice.  (“Man I like Heineken. Do you like Heineken?”)

If you’re familiar with Lynch’s filmography, you’ll know that he is capable of offering a very broad approach to filmmaking. He’s done straightforward, accessible, and even mainstream films like 1980’s THE ELEPHANT MAN or the Disney-financed true-life tale THE STRAIGHT STORY, all the way across the spectrum to the downright experimental and nearly inaccessible INLAND EMPIRE. BLUE VELVET falls somewhere in the middle of the accessibility scale. The plot, while existing in a strange landscape filled with stranger characters and even stranger motivations, is straightforward. If you’re paying attention, you remain keenly aware of the plot and its various machinations. BLUE VELVET isn’t one of Lynch’s vehicles where you turn to look at your movie-watching partner and admit, as the credits are rolling, that you have no idea what’s transpired those previous two hours.

Having said that, BLUE VELVET is still absolutely an acquired taste. The plot is easy to follow, but that doesn’t make the film easy to watch, which mostly (but not fully) has to do with Dennis Hopper’s astonishingly unhinged performance as crime boss/sexual deviant/rapist/murderer Frank Booth. Lynch and Hopper, in cahoots, created one of cinema’s most unseemly, discomforting, psychotic characters. Booth, sucking back on an ammonia nitrate tank, can either slither across the screen, or come barreling across like a wrecking ball gone rogue. (Hopper shares an amusing anecdote in an interview featured in this release that details how he’d suggested to Lynch that Booth be sucking on ammonia nitrate, rather than the originally intended helium, as the former has chemicals that can alter the mind. Helium does nothing for a body’s biology rather than giving its user a high-pitched cartoon voice, and Hopper recollects thinking, “David Lynch is out of his mind,” realizing after the fact that using helium would have made Frank Booth even crazier.) There aren’t enough synonyms in the world to convey Booth’s sociopathy and Hopper’s dedication to bringing him to life, making him as terrifying as possible.

Normally, Lynch likes to dangle clues in front of the viewer, allowing them to piece together the story — if not Lynch’s own intention for his story, then at least enough for the viewer to forge his or her own interpretation. BLUE VELVET’s opening moments take care of this handily, leaving no room for debate: opening shots of a quaint and charming town, a smiling and waving fireman with his faithful station house Dalmatian at his side, and just behind him, rows of picket fences and perfect blooming roses. But the camera doesn’t stop there, at surface level — instead, it dives deep beneath the grass where those roses grow until coming up on a horde of subterranean insects clawing and climbing over each other, filmed in icky close-up, giving them beastly proportions. Beneath perfect suburban sprawl, Lynch posits, lies its seamy underbelly.

In fact, compared to headscratchers LOST HIGHWAY and MULHOLLAND DR., neither of which offer an easy path to at least one interpretation, BLUE VELVET is seemingly about so many things: it’s a sobering and exaggerated look at fear of commitment, a skewering look at suburbanism, and even a comment on sexual domination. In ways that go beyond the physical, its three primary leads are all guilty of rape in their own way: Jeffrey’s insertion of himself into Dorothy’s life and the extended sequence during which he spies on her from her closet as she suffers a sexual attrack; Dorothy’s subsequent discovery of him and their near-sex scene that she administers at knife point; and most obviously, Frank Booth’s perceived ownership of Dorothy’s body to satisfy his most depraved needs. Everyone is looking to everyone else to fulfill their own unhealthy desires, some of whom simply want it, while others seem to think they need it. Jeffrey looks to Dorothy to satisfy his fantasies that go beyond boring suburban sweetness (Laura Dern’s character, in effect), Dorothy looks to Jeffrey for comfort, and Booth, well…Booth is out of his mind, and wants simple, animalistic satisfaction.

MGM, back when its home video division gave a damn, previously released BLUE VELVET to Blu-ray for its 25th anniversary with commendable results. However, eight years later, the Criterion Collection have given this Lynch favorite a stunning upgrade in every sense. The PQ on this release is staggering — near perfect and crisp, but without sacrificing any of Lynch’s typically hazy, soft, and dreamlike environments. Criterion wisely ported over MGM’s 70-minute retrospective, “BLUE VELVET Revisited,” which offers a staggering amount of information on the production. Nearly every major cast and crew member are on hand, including archival VHS-era interviews with Lynch. The newly produced featurette, “It’s a Strange World,” catches up with a few crew members, including props master Shaw Burney (who claims credit for Dean Stockwell’s utility light karaoke microphone), and Steadicam operator Dan Kneece, who recalls with discernible wonder how BLUE VELVET was not just an opportunity to collaborate with the director, but that it was the first of many over the years; Kneece has shot nearly every single one of Lynch’s features since then. Rounding out the special features are an interview with frequent Lynch composer and unexpectedly Bronx-accented Angelo Baddalamenti; “Test Chart” — vintage test footage; “The Lost Footage” — a collection of deleted scenes and alternate takes; and “Room to Dream” – an audio recording of Lynch reading from his recently released memoir.

If this reviewer’s words carry any weight at all, then BLUE VELVET is Lynch’s masterpiece along with LOST HIGHWAY, and this new release from the Criterion Collection is the easiest recommended upgrade in the world. Besting its previous incarnation in every way, BLUE VELVET continues to live on in the way that it deserves, and joins its colleagues ERASERHEAD and TWIN PEAKS: FIRE WALK WITH ME in the famed Criterion Collection closet.