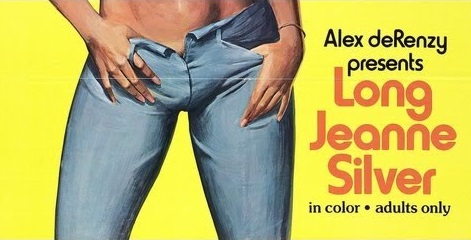 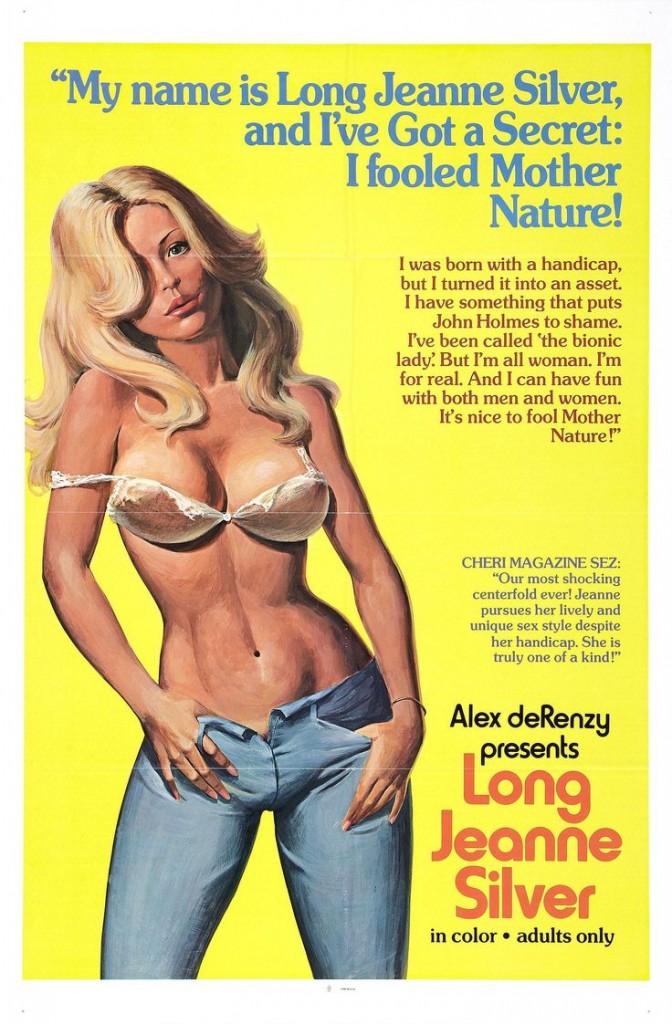 Throughout 2015,VINEGAR SYNDROME has maintained an ambitious and impressive release schedule. With 40 individual releases between January and November (44 counting the two Indiegogo exclusive backer discs and the first two Etiquette Pictures releases) and over half of those including two or three feature films, the company has released over 60 films on DVD and Blu-ray this year. Taking into account all of those and the films released through their Exploitation.tv service that have not been made available on physical media, it’s easy for some individual titles to get lost in the shuffle. Since the company is taking a well-deserved break until January, now is a good time to get caught up on a couple of interesting releases that have fallen through the cracks.

Silver agreed, and the rest is adult cinema history. Between sex scenes, deRenzy shows Silver discussing her sex life before transitioning into the next encounter. These include a variety of sex acts, from straightforward male/female sex and lesbian scenes to one of the most notorious moments in deRenzy’s oeuvre: a scene in which Silver anally penetrates a man with her leg stump. All of this would probably feel uncomfortably exploitative if it wasn’t for Silver’s warm personality and the fact that she seems genuinely happy in her own body. The Vinegar Syndrome DVD includes a commentary track by Silver and VS’s Joe Rubin, recorded during Silver’s first viewing of the film well over three decades after she made it. This is a great listen, with Silver explaining how she came to be involved with deRenzy and making bemused observations about the on-screen action.

The DVD presentation of the film is a vast improvement over previously available home video releases, restored by Vinegar Syndrome in 2k from 16mm vault elements. It’s not as clean as many of their other releases, but given the available elements this is no doubt the best the film could possibly look. The only special feature on the disc is the commentary, but it’s honestly worth a buy just for that and for having such a good-looking transfer of the film. While it may have been entirely coincidental, it seems like serendipitous timing that this disc was released just days before MAD MAX: FURY ROAD, in which Charlize Theron plays Furiosa, a character with an amputated arm that is never commented on through the entire film. In a strange way, the way the two films approach their characters and their physical abilities are completely opposite: LONG JEANNE SILVER is entirely concerned with Silver exploring ways to use her unique body to come to an even greater acceptance of its gifts, while FURY ROAD demonstrates how Furiosa is stronger and more capable than many of those around her despite her apparent “disability” by never acknowledging it at all. The films offer complementary images of empowerment for women whose bodies may be different, but who accept themselves as they are and make their own place in the world. 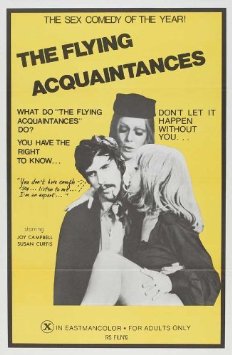 Considerably less interesting but unique for entirely different reasons is FLYING ACQUAINTANCES (1973), released in June. Jamie Gillis stars as Max, a bank teller who moonlights on weekends as a cab driver supposedly for extra cash. However, over the time the film spends with him, Max doesn’t seem to make a dime but does get plenty of other compensation from the ladies he drives around in the form of marathon sex sessions. Meanwhile his wife Patricia (Joy Campbell) carries on with her boss, and the sex-starved neighbor of a stewardess (Darby Lloyd Raines) tries desperately to get her husband in the mood while listening to Max and the stewardess having sex next door.

There’s no real plot in FLYING ACQUAINTANCES; it’s mostly just a series of scenes with characters who have some connection to each other. There’s no narrative momentum here, just a parade of characters who appear on-screen, disrobe, and have sex. The thing that makes this such a unique film is that despite spending a large amount of time on sex scenes, this is not a hardcore film. It looks and sounds like one, and there are some familiar faces from adult cinema in the cast, but there is no hardcore sex. This is particularly weird during scenes in which Gillis’s flaccid penis is clearly visible during what is supposed to be vigorous sex, or when he’s obviously not performing cunnilingus but just lolling his tongue around his co-star’s lower belly. Needless to say, it’s not surprising that the film has never been released on home video before.

Still, Vinegar Syndrome has given it a solid treatment with a new 2k transfer from the 35mm camera negative. The disc also features the film’s original theatrical trailer, a promotional stills gallery, and a lengthy reel of outtakes. Curiously, even the outtakes aren’t hardcore, so it doesn’t look like the film was shot in “hot” and “cold” versions, just designed to straddle the line between a goofy sex comedy and porn. The result is not all that compelling to watch, but as a historical curiosity FLYING ACQUAINTANCES is worth a look for adult film fans. Anyone else can probably safely take a pass on this one.

It’s safe to say that with their vast array of releases, Vinegar Syndrome has something for just about everybody. Their commitment to preserving and releasing exploitation film history is impressive, and many of their releases this year (like LONG JEANNE SILVER and FLYING ACQUAINTANCES) have given viewers an educational look at the golden age of adult cinema. It’s exciting to think about what they may have in store for 2016, and although it seems like they will have a tough time improving on their 2015 slate of releases they will doubtless have more than a few surprises in store for hardcore exploitation and cult film fans.