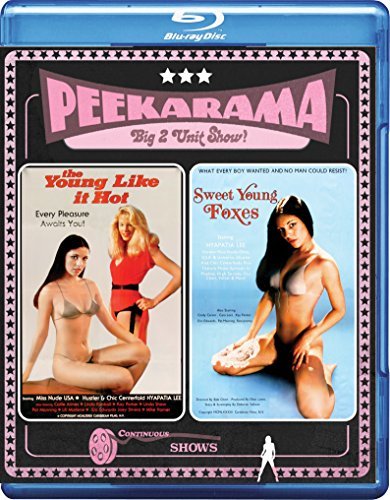 We try to cover everything Vinegar Syndrome releases here at Daily Grindhouse, but that has not been easy this year. Their release schedule has been incredibly ambitious, with at least four discs released per month, many of those double or triple features. After all that and the successful launch of Exploitation.tv (the streaming video service they are spearheading), Vinegar Syndrome has opted to take a well-deserved vacation in November and December. Of course, “vacation” is a relative term: they’re still releasing the Blu-ray of CATCH MY SOUL through their Etiquette Pictures imprint in November, as well as a secret limited edition Blu-ray release for their hugely popular Black Friday sale. While they take a breather, we have a chance to get caught up on covering discs released earlier in the year. These include three Peekarama discs that are all well worth looking into for fans and students of golden age adult cinema. 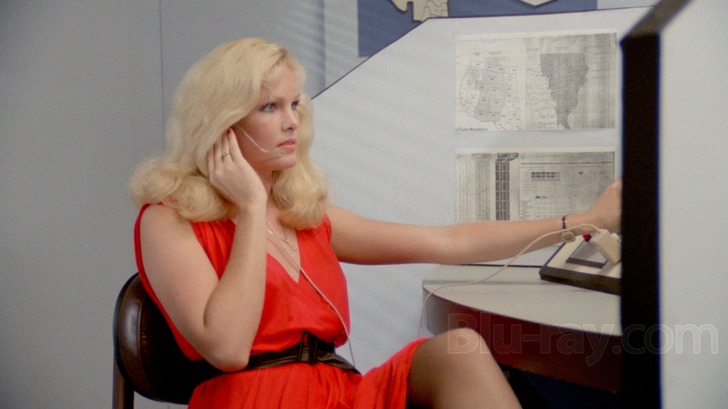 In August, Vinegar Syndrome released their first Peekarama double feature Blu-ray in a limited edition. This disc features two films from director Bob Chinn, both from 1983: THE YOUNG LIKE IT HOT and SWEET YOUNG FOXES. In THE YOUNG LIKE IT HOT, the young ladies (and one man) working at a small town’s operator assistance help line find out their jobs are on the line when the owner considers trading them in for a computer system. Manager Loni (Hyapatia Lee) encourages the operators to provide as much help as they can, and to encourage customers to call in and tell manager Mr. Fishbait (Eric Edwards) what a good job the operators are doing. The calls range from a woman looking for advice on how to deep throat to a guy haplessly trying to build an addition to his house. SWEET YOUNG FOXES follows three friends (Hyapatia Lee, Cindy Carver, and Cara Lott) after finishing their freshman year of college as they deal with overbearing parents and discover their newfound freedom.

Both films have been restored in 2K from the original 35mm negatives for this Blu-ray, and as expected they exceed the already high standard of presentation for the Peekarama line. Chinn’s films have consistently been among the best released in this series, and this disc is no exception. Written and produced by Gail Palmer (collaborator on some of Chinn’s best films), THE YOUNG LIKE IT HOT is especially fun, expertly balancing light character development and story with its hardcore sex scenes. SWEET YOUNG FOXES is less story-centric, but is still well worth a look for its great cast — both films feature Kay Parker, who is typically a highlight of both films. In addition to the stellar audiovisual presentation, this disc includes interviews with Bob Chinn, William Margold (who plays “Big Dick” in THE YOUNG LIKE IT HOT), and original theatrical trailers for both features. 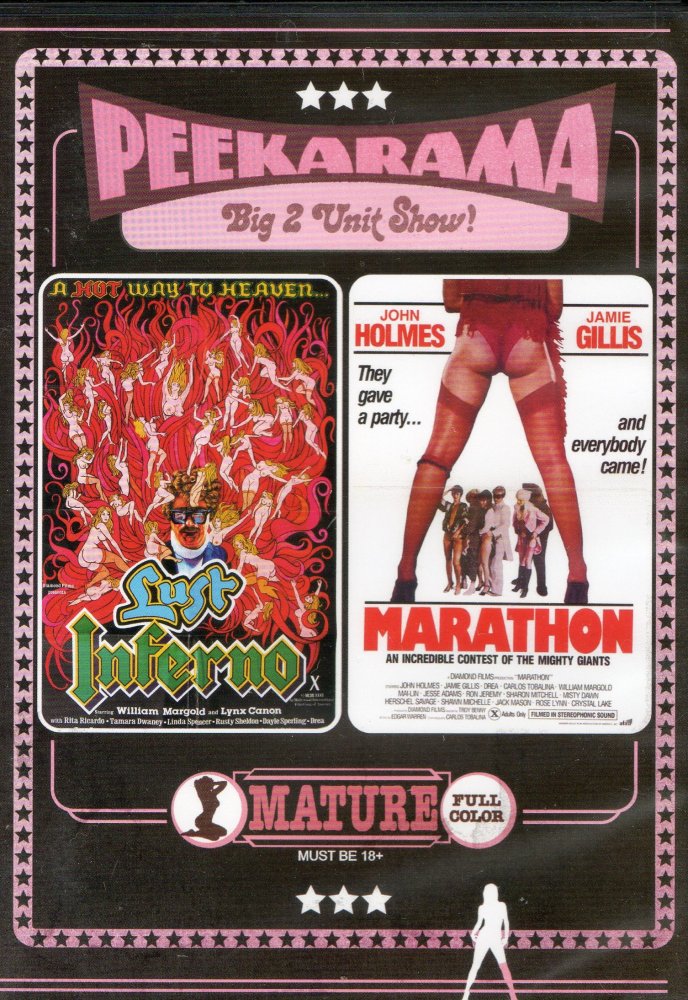 September saw the release of two Peekarama double feature DVDs that are both of particular historical interest. One of these is something of a surprise, because it’s a double feature of Carlos Tobalina films. Tobalina’s work is exceptionally well-represented in the Vinegar Syndrome catalog—this disc marks the 26th and 27th of his films to be released by VS. Tobalina was hugely successful, and worked with virtually all of the recognizable faces of 70s and 80s adult cinema, so any fans of those actors will find at least some of Tobalina’s films to be required viewing. This latest release collects two of Tobalina’s films from 1982: LUST INFERNO and MARATHON. 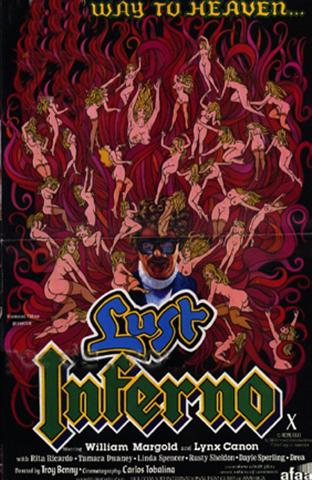 LUST INFERNO stars William Margold as Reverend Jerry, a popular televangelist with a taste for whipping nubile young women. That’s not the only thing he has to keep out of the limelight: his frustrated wife (Rita Ricardo) attends orgies under the guise of therapy sessions, and his older daughter Gail (Gail Sterling) is openly promiscuous. When his younger daughter (Lynx Canon, although that credit is somewhat complicated) decides she wants to experience sex, her mom allows her to buy a disguise and start working at the same brothel where Reverend Jerry gets his girls. No points for guessing how this all ends.

While the film itself is not all that different from Tobalina’s other work (other than being particularly mean-spirited and off-putting), what makes this disc worth picking up is the commentary track on LUST INFERNO with William Margold and Vinegar Syndrome’s Joe Rubin. Margold worked on dozens of adult films both in front of and behind the camera beginning in the 1970s, and he is a lot of fun to listen to. Early in the commentary, he explains that the “Lynx Canon” in this film is not the same Lynx Canon who appeared in some of Tobalina’s other films. Margold’s commentary is a enjoyable, invaluable resource of information. 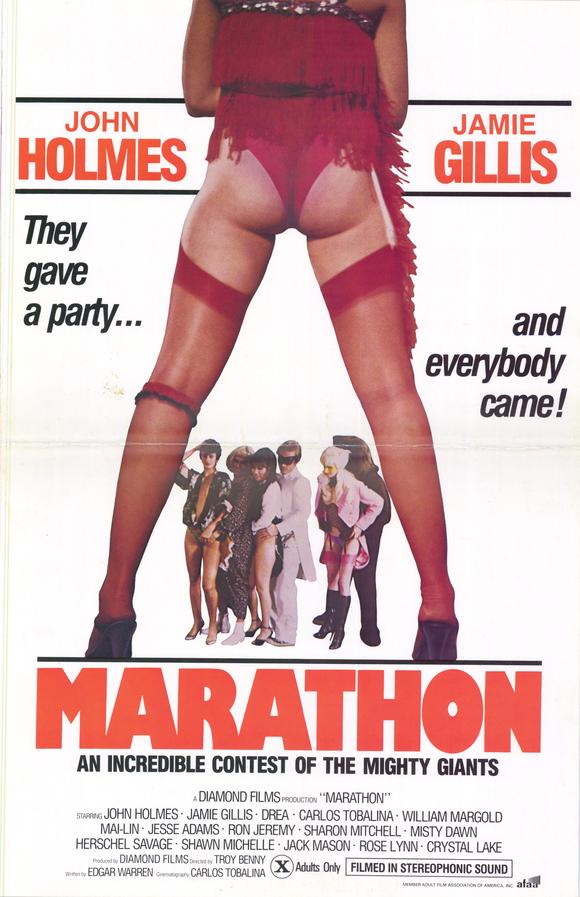 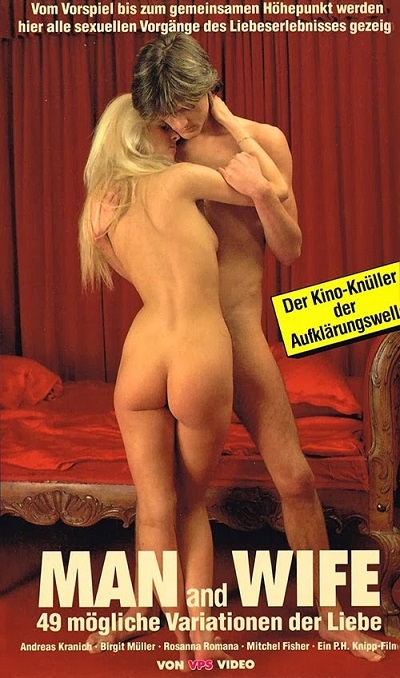 The other September Peekarama disc is a real find. This disc includes two features directed by legendary exploitation filmmaker Matt Cimber, who in addition to a few key hardcore films including MAN & WIFE (1969, the first feature film produced in America to feature explicit unsimulated sex) directed a number of exploitation classics like THE CANDY TANGERINE MAN (1975) and THE WITCH WHO CAME FROM THE SEA (1976). This disc features two films Cimber made directly after MAN & WIFE, both from 1970: THE SENSUALLY LIBERATED FEMALE and HE AND SHE. 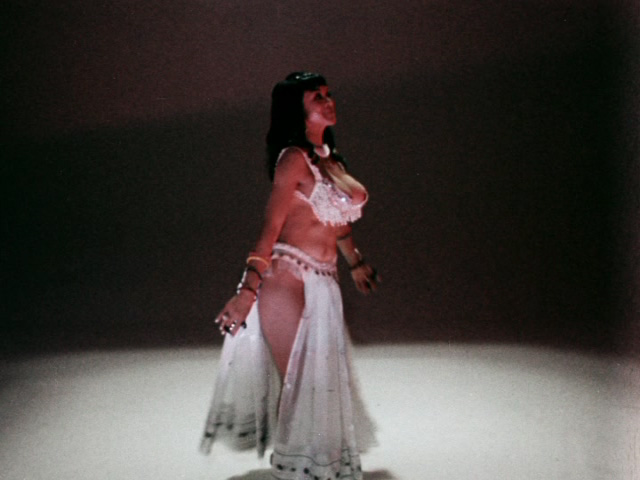 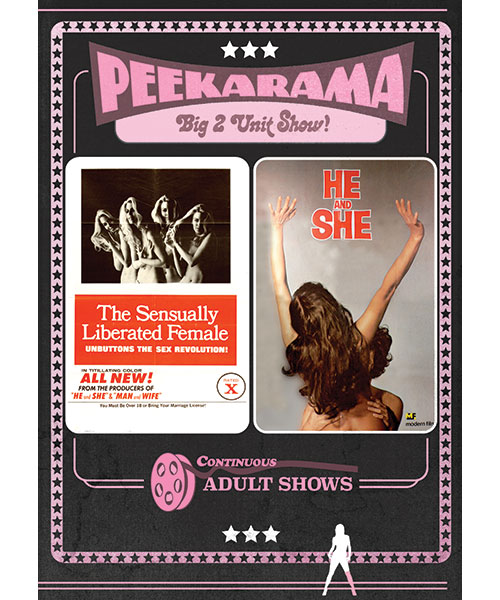 HE AND SHE hews very closely to the formula of MAN & WIFE in that it is a “sex education” film in which a couple demonstrates various sexual activities while an “expert” explains what they’re doing and offers tips for married viewers on how to keep their sex lives from becoming stale. Barely running over an hour, the first eight minutes of the film is made up mostly of our narrator hanging out in a wood-paneled office, smoking a pipe and giving a lengthy justification for the film’s existence. Then it’s on to the rotating bed for some coldly narrated sex and flashbacks to the couple’s history. This type of quasi-educational film, known as the “white coater,” was a typical ploy for exploitation filmmakers to get nudity and other risqué content onto the screen; Cimber was the first to make that content actual sex. 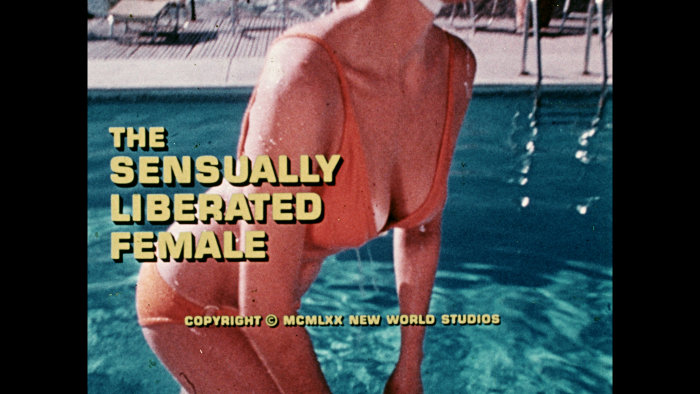 This disc has one special feature, but again it’s pretty much worth picking up the disc for this alone. In “Five Questions for Matt Cimber,” Cimber talks about the history of the films on this disc. The legal troubles for THE SENSUALLY LIBERATED FEMALE in particular make for a hell of a story. Both films are short and offer a fascinating snapshot of explicit adult American cinema at its very beginning, and the great video interview with Matt Cimber rounds out a highly entertaining and historically enlightening Peekarama disc. HE AND SHE was reosted in 2k from a 35mm color reversal intermediate and looks great; THE SENSUALLY LIBERATED FEMALE is a bit less clean since it was restored from an archival 35mm print, but there is nothing major to complain about and this is certainly the best possible presentation the film could ever have. 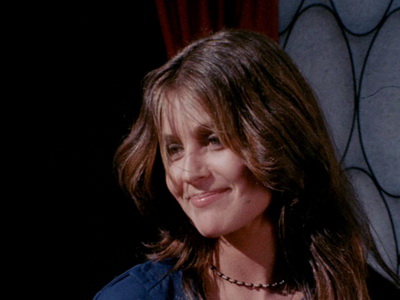 Vinegar Syndrome continues to impress with its dedication to preserving exploitation cinema history and giving new audiences a chance to see many of these films for the first time. These three latest Peekarama discs are great examples of this mission in practice, and it’s exciting to see where 2016 might lead them.