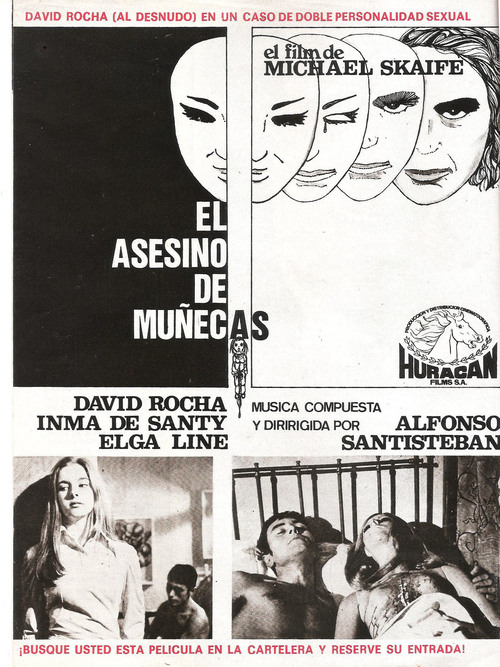 THE KILLER OF DOLLS is probably the quirkiest and most bizarre catalog release I’ve seen in years. Though a Spanish production and directed by Miguel Madrid (under alias Michael Skaife), it shares a lot in common with the Italian giallo, right down to the era in which it was made, its style and techniques, and even its reliance on creepy doll imagery. Some folks more learned on the subject wouldn’t quite label it as a giallo, as it’s just different enough to warrant its label as more of a psychological thriller/slasher, but the similarities are definitely there.

One thing that makes the film stand out from its giallo colleagues is that the film’s killer is also its main character. There is no “twist” ending, nor is there a last-act moment that shockingly reveals the killer’s identity. The killer is…Paul (David Rocha), who is very psychologically unhinged, so much that he will literally walk into a dream sequence where things get super crazy before walking right back out again. His mental unrest derives from his domineering mother, who began raising him as a girl after the death of his young sister, and as you can imagine, it’s definitely warped his relationship to women. Paul’s world around him is very skewed, and his walking hallucinations involve people being transposed as mannequins, or vice versa, leaving him to wonder what’s real and what isn’t.

David Rocha offers a very strong leading performance in an admittedly bizarre concept for a film, and director Madrid is intent on making THE KILLER OF DOLLS (also known as KILLING OF THE DOLLS) as unique as possible, right down to the random musical number at the beginning of the third act where its participants dance and move like mannequins. It’s actually stranger than I’m making it sound, if you can believe it. There are several murder sequences throughout, and while they may be viewed as graphic, none of them border on the kinds of uncomfortable murder sequences found in Italian gialli or the exploitation films of signori like Joe D’Amato or Bruno Mattei. Fellow Spanish director Jesús Franco’s BLOODY MOON, for instance, shares similarities in plot and style, even treading the same water with its look at family abuse and dysfunction, but whereas BLOODY MOON goes for pulpy thrills, KILLER OF DOLLS vies for substance, getting deep into Paul’s mangled psyche.

At the start, Mondo Macabre offers a disclaimer that their 4K transfer was struck from the best possible elements, and normally when a Blu-ray opens with this kind of warning, the viewer is usually in for a rough image. However, except for the few scattered scenes of print damage or reliance on standard definition inserts, the image is actually pretty strong, showing off a stable image with the expected amount of grain. Colors are a little muted, but nothing atypical for its production era. The only audio option is its original Spanish language track, along with two audio commentaries. Kat Ellinger, who by now has become the go-to person for examining the giallo (and she’s one of those who won’t explicitly label THE KILLER OF DOLLS as such), talks exhaustively about the film’s history, the careers of director Miguel Madrid and actor David Rocha, and much more. Film historians Robert Monell and Rod Barnett, who delve very deeply into the content with a psychoanalytic approach, share the second track. Both tracks are very interesting and their contained tidbits barely overlap. 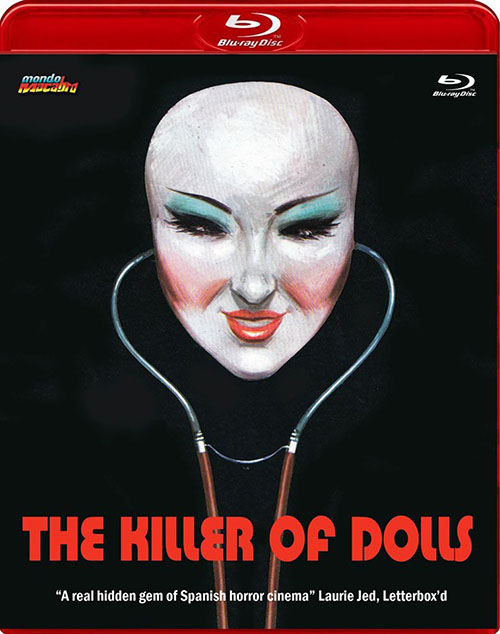 THE KILLER OF DOLLS is now on Blu-ray from Mondo Macabre.