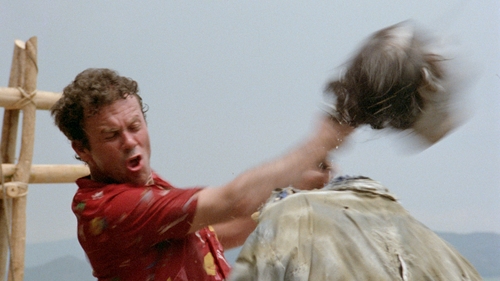 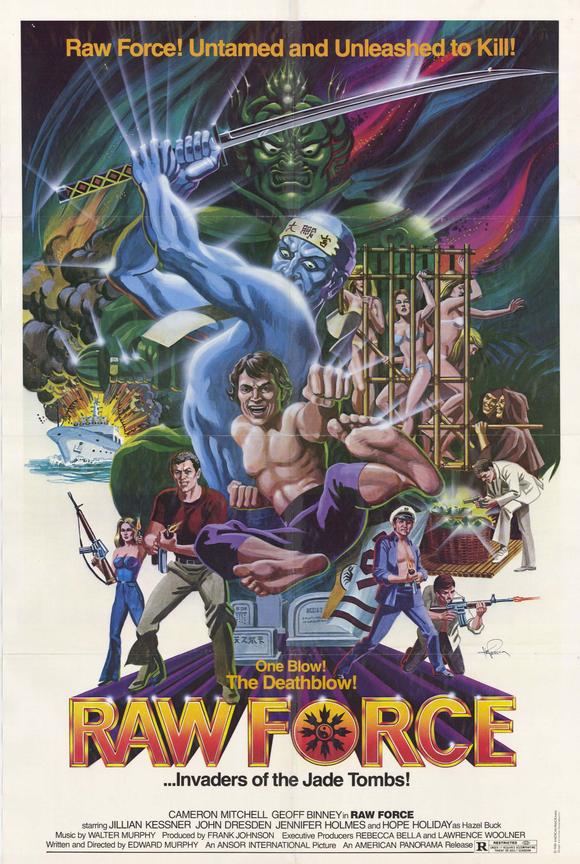 On the Norwegian Wikipedia page for the 1982 exploitation epic RAW FORCE — probably the only time I’ll ever get to begin a sentence that way — we are informed that the movie was banned in Norway in 1984. That’s the most attention any kind of majority, political or moral or otherwise, has paid this movie. RAW FORCE is made for almost no one, because it is apparently made for almost everyone. (Except children. This is not, please, a movie for small children.) Nearly every convention or trope of genre movies from the first seventy or so years of the existence of film is expended in this one rickety heap of madness. 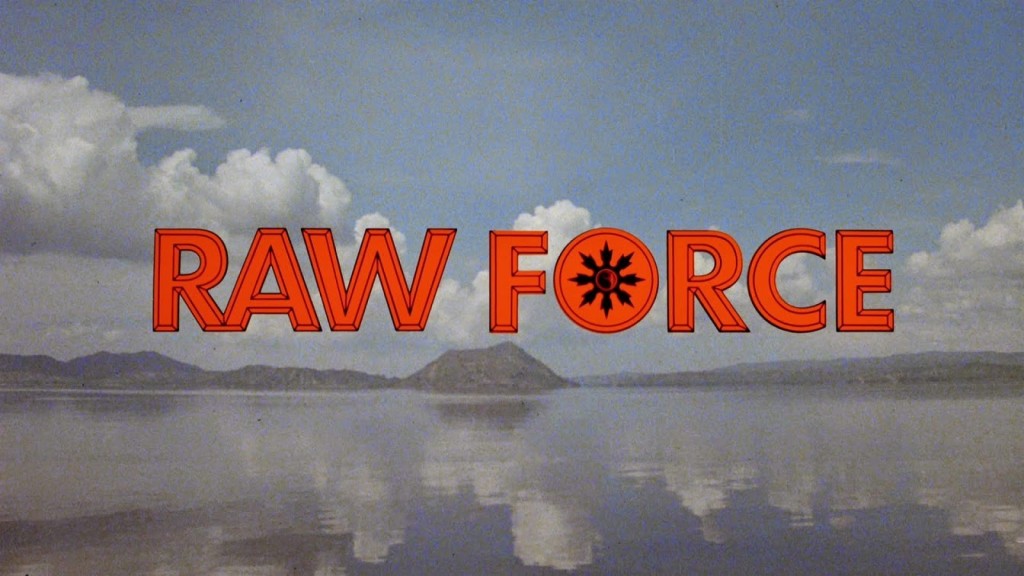 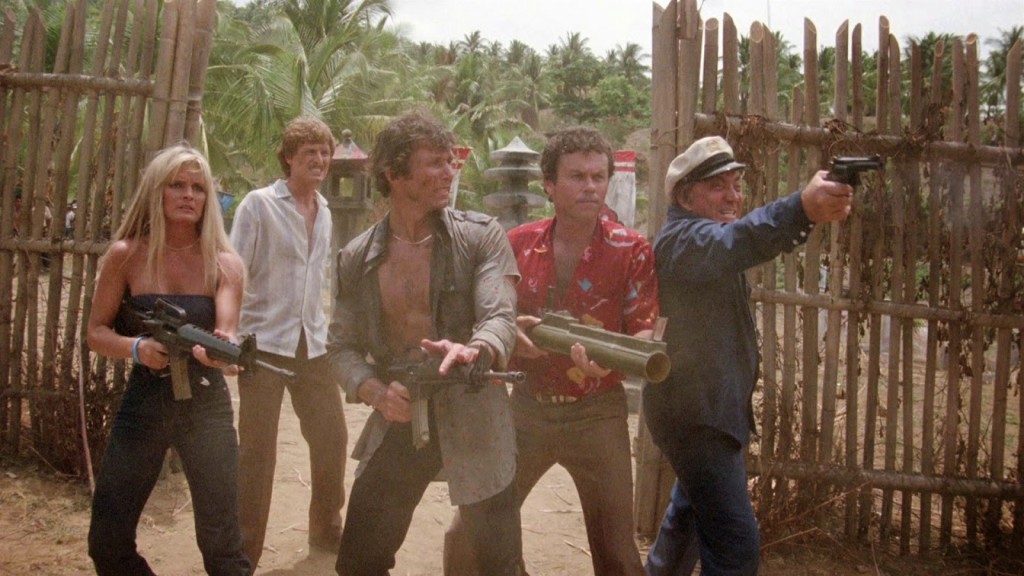 Here’s the vintage trailer from the 1980s, which is quite likely the most joyfully dishonest trailer I’ve ever seen:

That trailer literally sells a different movie. The clips are the same, but some of the character names and all of their backstories are totally different. The editors somehow cobbled together a cohesive story from several scenes that have no connection. This is the SHOGUN ASSASSIN of movie trailers. RAW FORCE is plenty of kinds of fun, but one adjective that does not apply is “cohesive.” This is the summary I gave on the podcast: 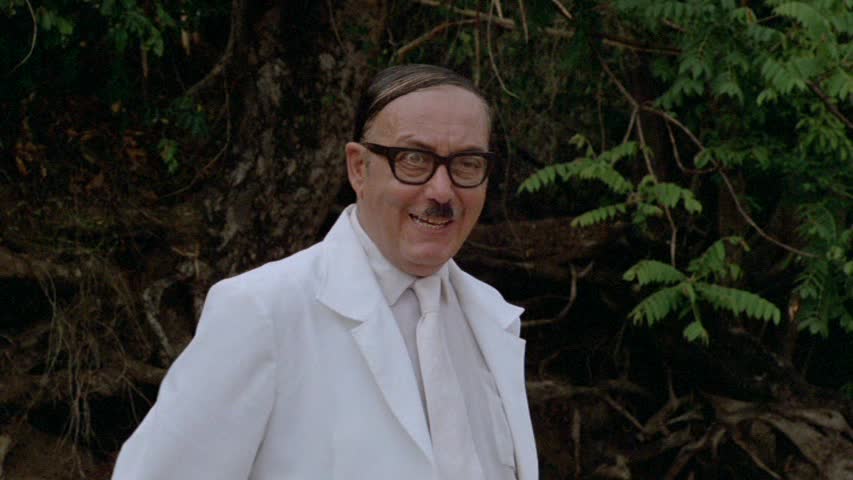 “Remove everything that has no relevance to the story. If you say in the first chapter that there is a rifle hanging on the wall, in the second or third chapter it absolutely must go off. If it’s not going to be fired, it shouldn’t be hanging there.”

Okay. So early on in RAW FORCE, when a plane lands on a remote island and a character mentions that the waters surrounding the island are infested with vicious piranha, you can bet you will see those fish by the end of the movie. And if that character is a white-suited human trafficker who looks and talks pretty much exactly like Adolf Hitler, you may fairly assume he’ll be the one to meet them.

Otherwise, RAW FORCE, also known as KUNG FU CANNIBALS, completely ignores the principle of Chekhov’s gun. This movie operates under its own rules, and also it doesn’t have any rules. If you somehow managed to drink up all the movies and television shows of the 1970s and then you barfed them back up, the mess on the bathroom floor might look like this.

If you listen to that podcast, you’ll also hear me put forth the theory that if Adam McKay and Will Ferrell were to remake RAW FORCE, that remake would make eleventeen million dollars. I stand by that theory, and here’s who I think should play who:

JOHN C. REILLY as JOHN (in the middle) 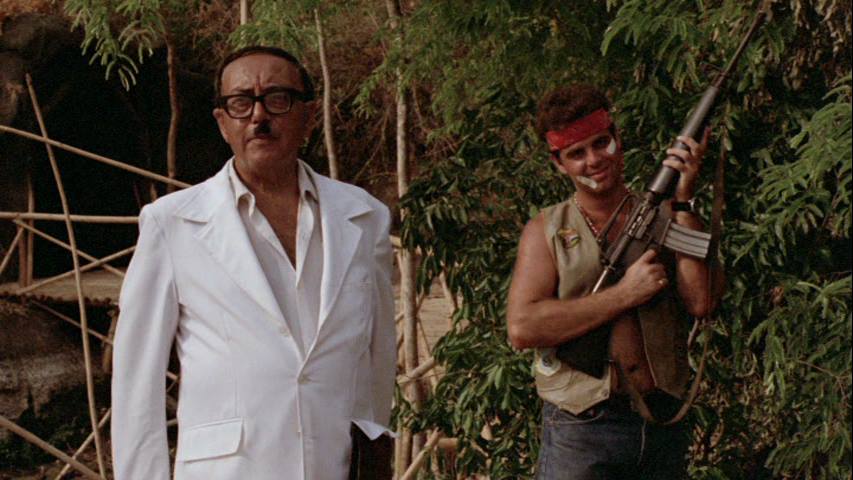 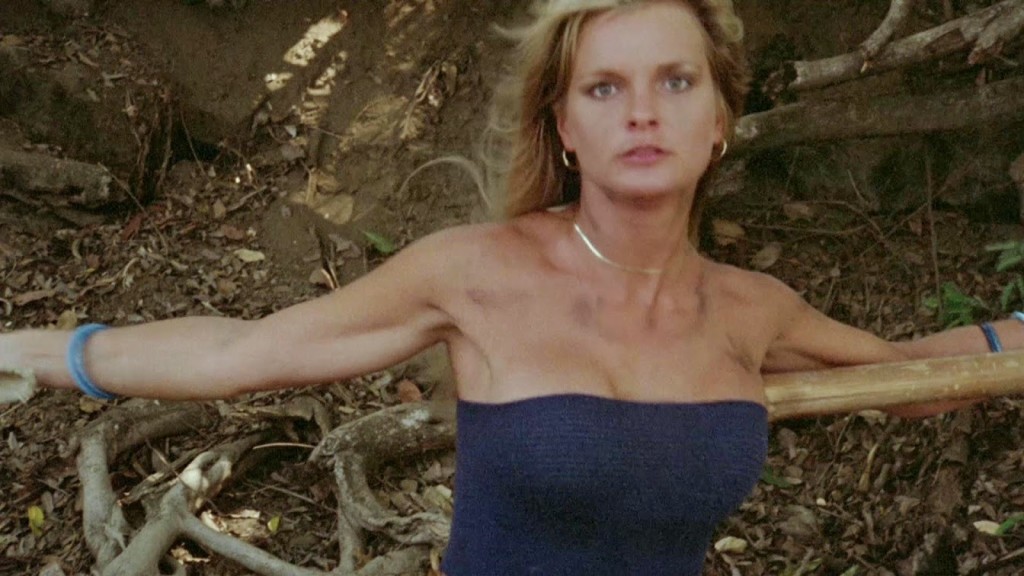 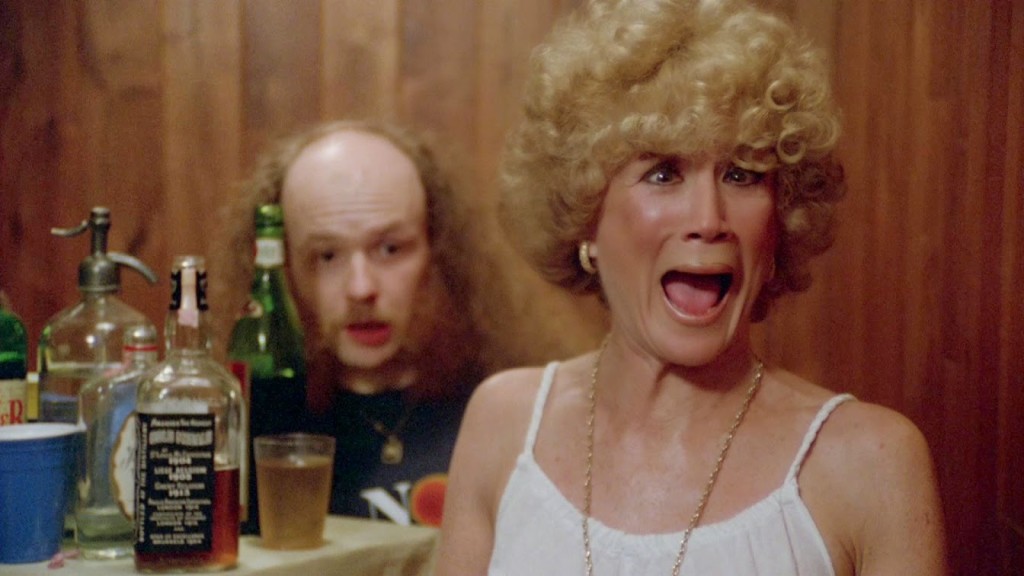 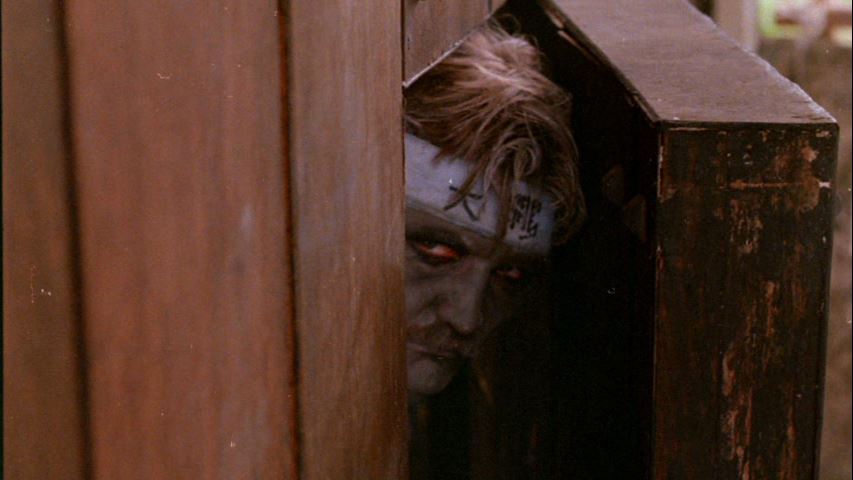 MATTHEW McCONAUGHEY as ZOMBIE OF MUSHASHI 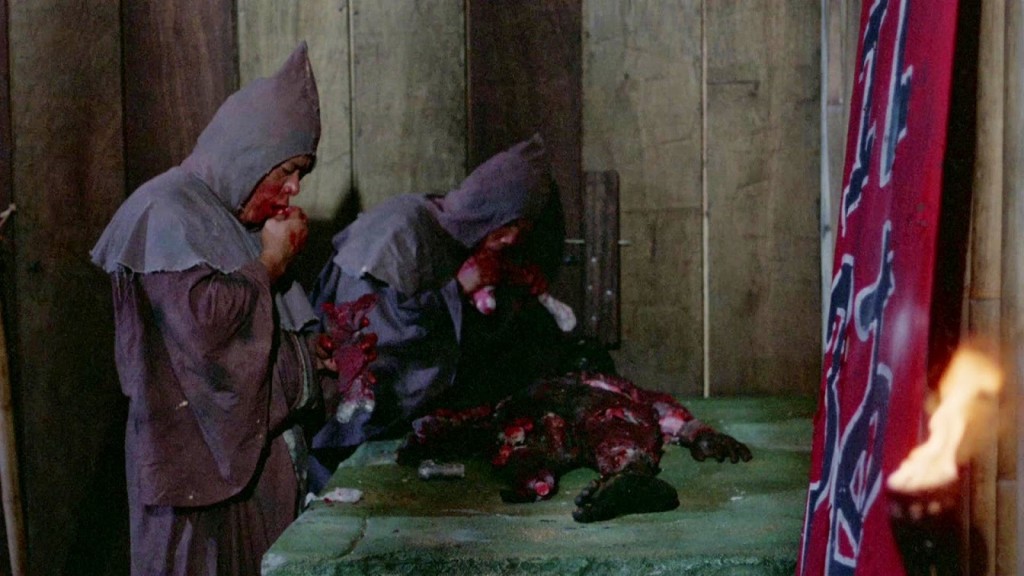 MICKEY ROURKE as ZOMBIE OF MUSHASHI #2

NICOLAS CAGE as ZOMBIE OF MUSHASHI #3 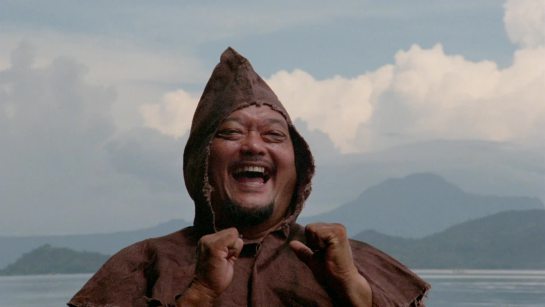 and DWAYNE “THE ROCK” JOHNSON as VIC DIAZ